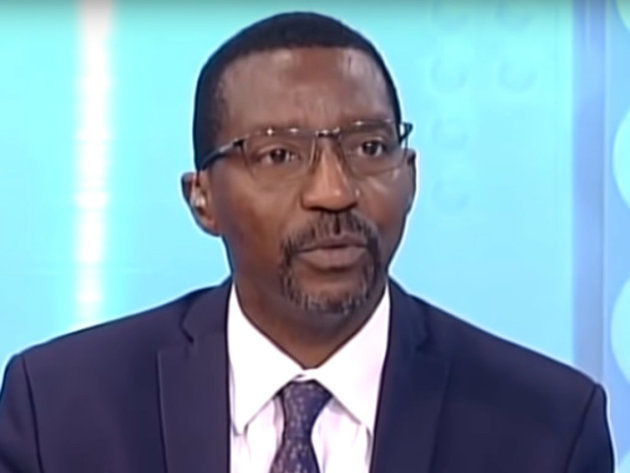 Stephen Ndegwa (Photo: YouTube/screenshot)
The budget proposed by the Government of Serbia provides a basis for a long-term growth of the economy and the living standard, and the next step is to implement pay grades, said Stephen Ndegwa, the World Bank Country Manager for Serbia. He said on RTS that the World Bank was halfway through the preparation of a program with Serbia worth EUR 1.8 billion and that the goal was to use the money to increase the economic competitiveness.

– Regarding the budget, we believe that it is a good move toward a new plan of development and growth. The budget reflects fiscal stability, as the projected deficit is 0.5%, which is better than last year. The investments have been increased by USD 300 million. When all of this is realized, we will have a better living standard and economic growth – Ndegwa said.

He also said that the question of salaries and pensions, that is, the announced raises, was slightly worrying.

– It has been agreed with the International Monetary Fund that pensions can be adjusted, but as for the salaries, we believe hat we need to try to carry out the reforms we have been discussing for the past two years – Ndegwa said.

When it comes to pay grades, he believes that each modern economy needs to feature a rational and credible merit-based public sector.

– We're talking about rationalization, which has been agreed, and we are disappointed over the delays, as we believe that it would be useful because it would improve public services – Ndegwa said.

The World Bank, he says, is glad to support the Government of Serbia when it comes to growth.

– The new plan of growth entails two steps we are supporting. The first one is through the budget, which should aid big reforms in order to improve the competitiveness of the economy and turn economy toward the market to a greater extend, including things like the rationalization of bankruptcy proceedings – Ndegwa said.

Certain investment projects, he said, are also being prepared. One of them concerns regional trade and will help better connect Serbia with the region in terms of trade, then there's a tax administration, a digital management program and an agricultural project whose realization is expected in late 2019.

– In the next year, 200 to 300 million euros will be required for these projects. We plan around EUR 300 million more. We are halfway through, then, and we have prepared projects worth EUR 800 million. A total of EUR 1.8 billion is planned. Everything is going relatively well and that's what we're preparing for the next two years – Ndegwa said.