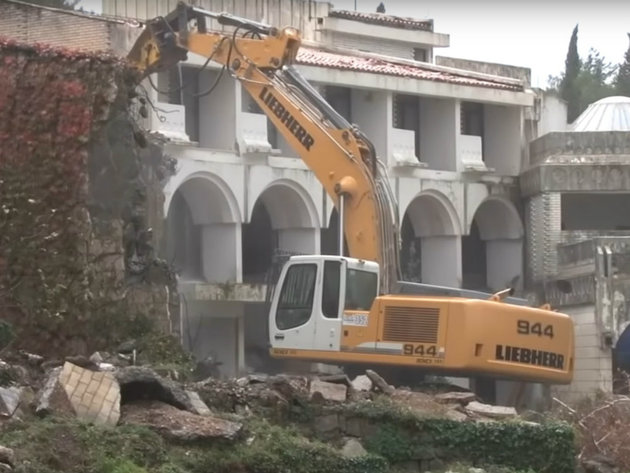 (Photo: YouTube/screenshot)
The demolition of Hotel Kraljicina Plaza, one of the most luxurious hotels on the Montenegrin coast, located in Milocer, has begun.

The permit for the demolition was issued by the Ministry of Sustainable Development and Tourism of Montengro to HTP Milocer, which rented Kraljicina Plaza to Adriatic Properties, a company belonging to Greek businessman Petros Stathis, ten years ago.

The hotel is located at the very entrance to Milocer Park and used to host prominent politicians and socialites of the former Yugoslavia, as well as foreign state officials and presidents. It has been closed for over a decade and acts as home to the staff employed at the hotel complex Aman Sveti Stefan.

A new hotel will be built in this location. It will have 60 rooms, take up four times as much space and have around 22,000 m2 of gross developed area. Along with the new 8-storey hotel, the location will feature an apartment complex with 66 luxury apartments meant for wealthy clients.

The investor is also allowed to reconstruct and extend five old mansions in Milocer Park, the area of which will be tripled.