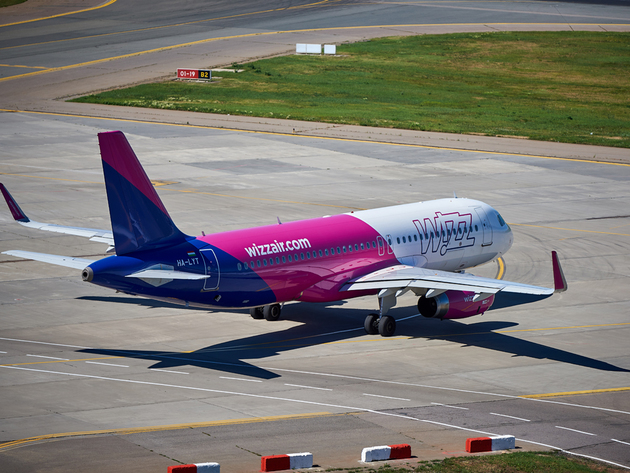 (Photo: Gen_Shtab/shutterstock.com)
On November 17, a new Vienna air service was launched at the Nis Constantine the Great Airport. Flights will take place twice a week, Tuesdays and Saturdays.

This will be the 11th airline at the Nis Airport, and the fifth one for the low-budget company Wizz Air, RTS reports and adds that Ryanair also has five services, whereas the airliner Swiss has one.

As they say at the airport, this is a very attractive service, and the cheapest one-way ticket offered by Wizz Air costs RSD 2,399.

It is also said that Wizz Air has announced a third flight, to take place on Thursdays, during the holidays and in the summer season.

The acting director of the Nis Airport, Dusan Knezevic, said that a big problem for all airliners is the jump in the price of fuel by as much as 40% in the past year.

As announced earlier, Wizz Air will cancel the Nis-Malmo route on January 7, and the Nis Airport explained that it didn't have anything to do with their negotiations, but that it was related to the business policy of the Hungarian low-budget airliner.
Companies:
WIZZ AIR HUNGARY LTD OGRANAK U BEOGRADU
Wizz Air Hungary
RYANAIR Ireland
Swiss International Air Lines Ltd. Geneva
Aerodrom Konstantin Veliki Niš
Tags:
Nis Vienna flight
Nis Vienna air service
Share: