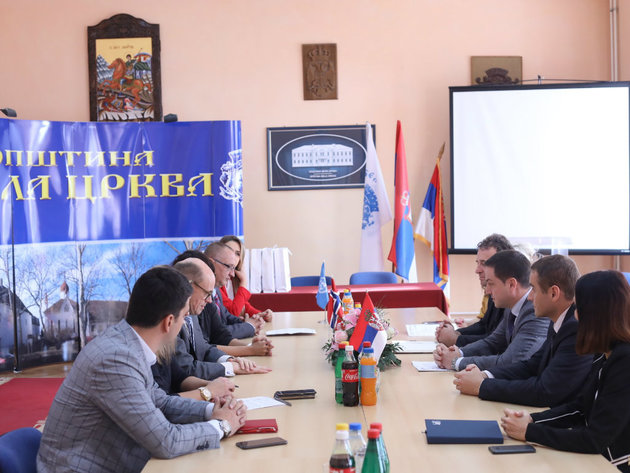 Minister of Public Administration and Local Self-Government Branko Ruzic and Ambassador of Norway to Serbia Arne Bjornstad marked yesterday the launch of the public calls for projects in the areas of local infrastructure and vocational training, UNOPS Serbia announced.

As said, the Kingdom of Norway has given a million Euros to fund these projects through the “Norway for You“ program.

Local self-governments will be able to receive Norwegian support for at least eight projects aiming to improve living conditions and quality of local infrastructure and also to provide training to at least 250 persons, resulting with employment of at least 100 beneficiaries.

Public calls are advertised on the website www.norveskazavas.org.rs, so the local self-governments can get informed about all the details and apply for the grants.

– Serbia is developing quickly, but some are left behind. Through this project, we will support people to get jobs and local self-government to improve services – Bjornstad said.

Minister Ruzic and Ambassador Bjornstad also discussed the development priorities with the Mayor of Bela Crkva Darko Bogosavljevic, as Bela Crkva is one of 91 local self-governments covered by “Norway for You”.

– Bela Crkva will be a constructive partner in this project, as it can bring benefits both to the citizens and the local self-government – the Mayor of Bela Crkva Darko Bogosavljevic said.