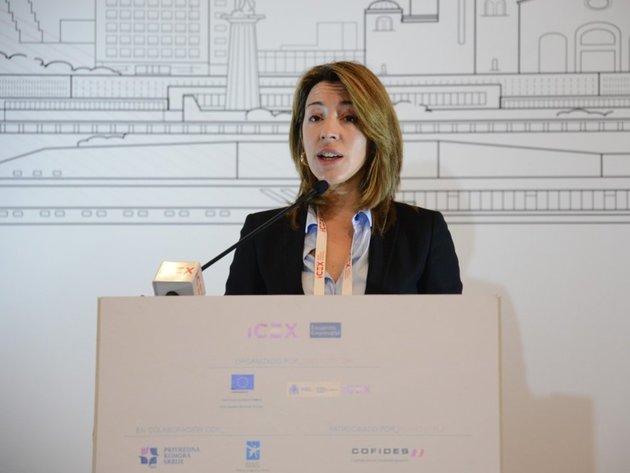 Xiana Mendez
The first Spain-Serbia business forum officially opened yesterday, in the presence of numerous representatives of international financial institutions, local ministries and public institutions, as well as representatives of 21 Spanish companies and numerous Serbian entrepreneurs. The Commerce Department of the Embassy of Spain in Belgrade and the Spanish Institute for Foreign Trade ICEX are the organizers of this business gathering, in cooperation with the Chamber of Commerce of Serbia and the Development Agency of Serbia, and the forum is sponsored by COFIDES, the Spanish Development Financing Company.

– Without doubt, Serbia can expect more Spanish investments in the future, as we want to bring the two countries together when it comes to the business cooperation. This will also enable Serbian entrepreneurs to get to know the high capacities of Spanish companies, which are among the global leaders in sectors such as infrastructure, the environment, tourism, transport, construction, agricultural and food industry, textile and fashion industry – Xiana Mendez, the State Secretary for Trade and the President of ICEX, stated at the opening of the business forum.

She pointed out that the Spanish companies already present in Serbia were planning to expand their business and she also reminded that the trade between the two countries had been constantly growing in the previous years. Mendez said that Spain and Serbia could cooperate in the field of environmental protection, but also in construction, very successfully. Among the products from Serbia which the Spanish market is the most interested in, she listed rubber products, furniture, paper, cardboard, grains and plastic products.

Spain is also interested in public-private partnership projects and cooperation between enterprises, she added and invited Serbian companies to address the Commerce and Economy Department of the Spanish Embassy in Belgrade for any questions.

During the introductory part of the forum, Miguel Fuertes, the Ambassador of Spain to Serbia, said that the two countries had great political relations, as well as cultural cooperation.

– Our bonds lie in tourism, culture and sports. However, we lack direct flights between Belgrade and Madrid, which should be one of the priorities to the end of deepening the cultural, political and economic cooperation. Spain has built a positive image in Serbia and we believe that this event is a step forward towards presenting Spanish companies to people in Serbia and strengthening our economic and bilateral relations – Fuertes emphasized.

Trade between Spain and Serbia doubled

The president of the Chamber of Commerce of Serbia, Marko Cadez, said in his introductory address that the trade between Spain and Serbia had doubled in the previous few years. 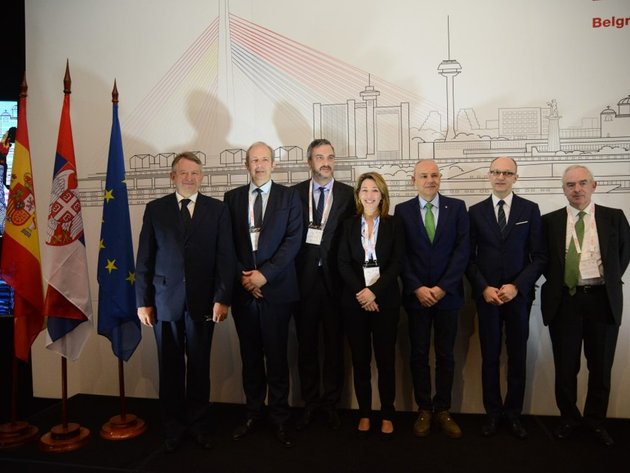 – In 2017, the trade between Spain and Serbia amounted to EUR 455.8 million. However, it is necessary for Serbia to get good new investments and for Spanish companies to expand their operations in our country, as only 40% of them carry out substantial business activities in Serbia at the moment – Cadez said.

According to him, Serbia exports goods worth EUR 173 million a year to the Spanish market, which is not enough.

Mayor of Belgrade Zoran Radojicic presented the infrastructural projects in the city and invited Spanish companies to take part in tenders.

– According to the development strategy until 2021, Belgrade should develop as both a “smart” and a “green” city. Our desire is to cooperate in this with Spanish companies – Radojicic said.

Serbian Minister of Environmental Protection Goran Trivan said that the business forum marked the beginning of the new open-door policy when it comes to cooperation and that an important breakthrough can be made in cooperation in the field of environmental protection.

Several panel discussion were held as part of the forum, presenting the possibilities, advantages and challenges of doing business in Serbia, with a special focus on infrastructure, project financing and agricultural cooperatives in Serbia and Spain.