Nectar soon in markets of China and Japan 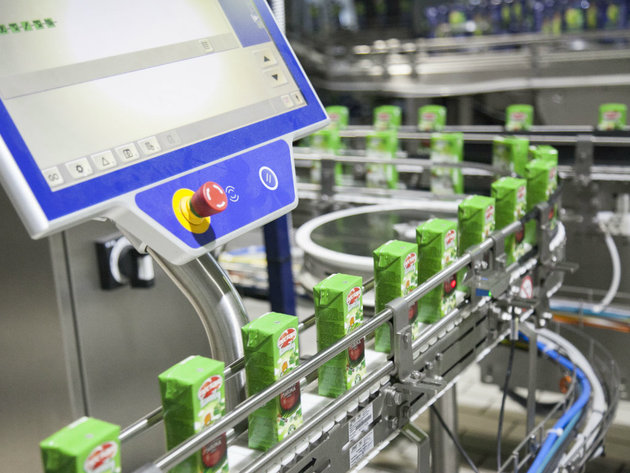 The products of the Serbian company Nectar should soon be available in the markets of Africa, Middle East, China and Japan, judging by the great interest and the intentions expressed by buyers and distributors from those areas at the biggest international food show SIAL 2018 in Paris, the company announced.

Nectar Group, which encompasses Nectar, Fructal and Heba, presents most of its portfolio at the stand of the Chamber of Commerce of Serbia at the Paris show, which brings together over 7,200 exhibitors from 109 countries.

As the commercial manager of Nectar Group, Milan Rados, emphasized, the company's organic products of the Life brand and their portfolio of mashed tomato products have drawn plenty of attention.

– As a leader in fruit processing and fruit juice manufacture in Southeast Europe, we see our presentation at the fair as an opportunity to create new market options and expand our business to remote markets, which will bring more opportunities for the further growth and development – Rados stated.

Furthermore, he added, they presented numerous innovations, such as the 100% Life Organic portfolio in a new, innovative packaging.

The Nectar Tomatello portfolio of mashed tomato products drew attention from potential clients in the Middle East, from Saudi Arabia, Qatar and Cyprus.

Rados pointed out that the strategy of Nectar was to penetrate remote markets and that the company was therefore very satisfied with its participation in the Paris show, as it allows them to make concrete the negotiations started earlier and to contract new jobs.

– The impressions are positive and we've made plenty of contacts, primarily with interested companies from the Middle East, Saudi Arabia, Cyprus, which are above all interested in finished products, and they have also expressed intentions to sign contracts on the distribution of semi-finished products. As a company which is already exporting to over 60 countries worldwide, we expect the further concretization of the started negotiations – Rados pointed out.

He mentioned that Nectar processes fruit in six locations in Slovenia, Macedonia and Serbia.

The mashed tomato products are made on the company's own tomato plantations, which are among the largest ones in Serbia and the region.

Nectar is the only company in Serbia which doesn't import tomato paste and concentrate, but uses fresh tomatoes.

Rados also pointed out that Nektar had launched a portfolio of organic products, which are in line with the trends seen at the show.

– This year, we have exclusively launched small portion packages of organic products Life Organic in the Tetra Edge 250ml packaging, and clients from the Nordic countries are especially interested in them – he emphasized.