Considerable differences detected in 12 products between Polish and German markets 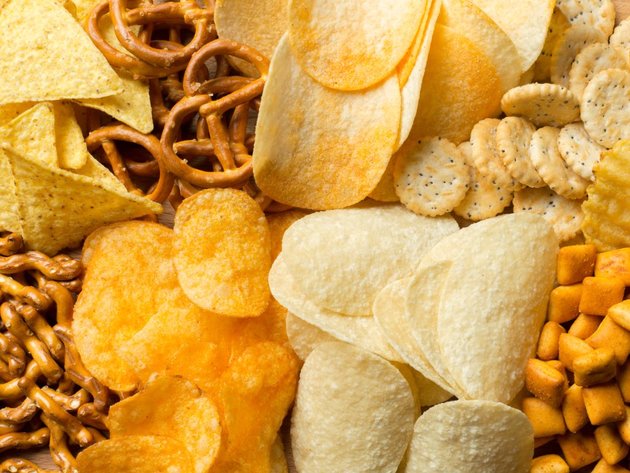 Illustration (Photo: FabrikaSimf/shutterstock.com)
A pack of chips sold in Polish shops looks identical to the one sold in Germany, but contain 25 grams less chips. Polish chips, fried in palm oil, has a higher fat content. German chips are fried in sunflower oil, and contain no flavor enhancers, but natural spices, unlike those meant for the eastern market.

This is only one example of the parallel testing of around 100 products in the Polish market, which once again raises the question of “dual quality” within the EU. It also confirms that, even after two years of public pressure to stop with this practice, multinational companies do not intend to address the issue.

Considerable differences were noticed in 12 products bought in Germany and Poland. For example, Nescafe Classic coffee drunk in Germany is stronger, whereas Haribo gummies produced for the Polish market are more frequently of apple or lemon flavor, while those manufactured for the German market – of strawberry and pineapple flavor.

Milka chocolate with peanuts sold in Polish shops contains fewer peanuts than the one available in the German market, and Lipton Ice Tea Peach produced for the Polish market contains less tea extract. On the other hand, it contained sugar, fructose and sweeteners. In the German market, sugar was the only ingredient added by the producer. A brand of cheese designated as 100% natural is truly so in Germany, while containing artificial ingredients in Poland. A rare example of a product which is of higher quality in the Polish market is Milka Oreo chocolate.

Differences are noticeable not just in the quality but in the amounts as well. The packaging of a chocolate biscuit brand sold in Poland is slightly larger, but contains 25 grams less product. Products in western Europe generally contain less salt, whereas those in eastern Europe contain more sugar and fat.

For example, Philadelphia cheese sold in the Polish market is made of milk, cream and milk proteins, while its German counterpart is made of curd. The Polish packaging weighs 125 grams, while the other one weighs 175 grams.

The Polish Office of Competition and Consumer Protection (UOKiK) says that these unfair trade practices need to be countered with regulations and that the marketing of dual-quality products should be banned.

It's also interesting that the survey has shown that citizens of Poland found the price to be the most important factor in choosing products several years ago, whereas half of them now claim that they would pay more for a higher-quality product.

– Polish consumers do not have any firm views about dual quality of food products – 71% of respondents taking part in a survey admitted that they had never bought a product of the same brand in Poland and abroad, whereas 86% have not heard about the term of “dual quality of food”, or are not familiar with its meaning. Despite all that, one in three respondents believe that the quality of food differs. The majority are convinced that if specific products look the same, their ingredients must be the same as well – UOKiK says.
Tags:
chips
production of chips
sunflower oil
palm oil
Haribo gummies
Polish Office of Competition and Consumer Protection
Milka chocolate
Philadelphia cheese
Share: