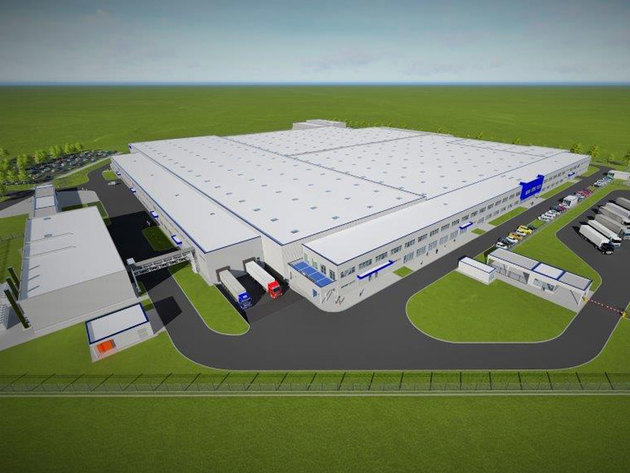 Future look of Leoni plant in Kraljevo
Leoni has officially marked the beginning of the construction of the facility in Kraljevo, where it will employ 5,000 workers.

Clemens Sachs, the director of Leoni Serbia, says that the board of directors has decided to open the fourth factory in Kraljevo thanks to good road connections.

– We picked Kraljevo among four potential locations. Considering the successful operation of the three factories we already have in Serbia, the board of directors of Leoni decided to expand the business by opening a fourth one. Kraljevo was not selected randomly, but for the land available, the workforce and good road connections – Sachs claims.

This will be the first new factory in Kraljevo after 30 years and the biggest Leoni factory in Serbia.

In Ratarsko Imanje in Kraljevo, the first 6,500 m2 of production space will be completed by the end of the year. Around 150 workers will be employed there, primarily engineers and technicians.

The test production of wiring systems for Mercedes should begin in late January 2019.

Leoni will invest EUR 60 million in the construction and the equipping of the factory in Kraljevo and employ 5,000 by 2023.

The entire factory building with 45,000 m2 of production area will be completed by the end of the first quarter of 2020. The ceremony was also attended by member of Leoni Group Board of Directors Martin Stuttem, Ambassador of Germany to Serbia Thomas Schieb and Mayor of Kraljevo Predrag Terzic.

Let us remind that Leoni has been operating in Serbia since 2009, when they opened their first factory here, in Prokuplje. In 2014, they opened the factory in Malosiste and in 2017, the one in Nis. They all produce wiring systems for world producers of premium cars. Leoni currently employs around 6,000 people in Serbia.
Companies:
Leoni Wiring System Southeast d.o.o. Prokuplje
Ambasada SR Nemačke Beograd
Grad Kraljevo
Mercedes-Benz Daimler AG Stuttgart
Tags:
Leoni
Leoni Kraljevo
production of wiring systems for cars
Mercedes
Aleksandar Vucic
Clemens Sachs
Martin Stuttem
Embassy of Germany in Serbia
Thomas Schieb
Kraljevo
Predrag Terzic
Leoni factories in Serbia
Share: