Sales and purchase agreement of PKB with Al Dahra signed 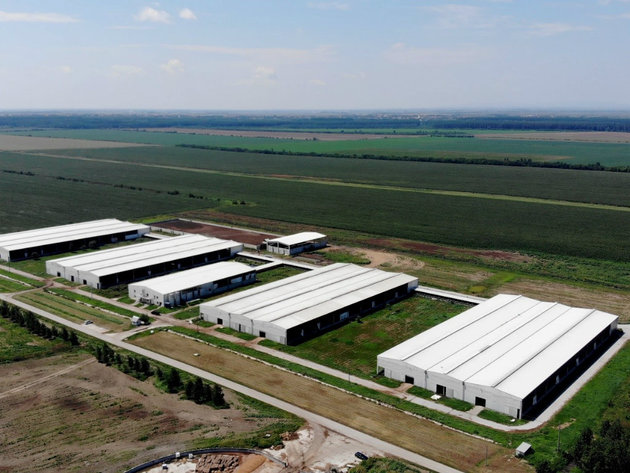 PKB
Al Dahra announced today that the agreement on the purchase of the property of PKB Korporacija and its subsidiaries in Serbia through the model of the sale of property has been signed. The acquisition is the result of the decision of the Republic of Serbia to privatize PKB Korporacija and the public tendering in August 2018.

PKB Korporacija's operations to be taken over by Al Dahra encompass several different activities in the agricultural and food sector. Al Dahra will process more than 17,500 hectares of agricultural land on eight farms strategically located close to the center of Belgrade, where the company plans to cultivate various crops, including sugar beet, sunflowers, wheat, corn, barley, compound feedingstuffs and various types of vegetables. Furthermore, Al Dahra will take over the management of the dairy and the livestock production, supplying the dairy and the meat industries in Serbia. PKB currently produces around 55 million liters of raw milk a year and has a herd of around 17,000 head of livestock. The dairy has 7 production facilities, including barns and milking capacities.

Al Dahra has also taken over the obligation to invest EUR 30 million in upgrading PKB Korporacija's operations, the further development of the irrigation system and the modernization of the milk production capacities over the next three years. Al Dahra plans to invest another EUR 15 million in the optimization of PKB's operations and its capacities to the end of achieving optimal yields and reaching the highest quality of milk.

– Including PKB in our portfolio strengthens the position of Al Dahra in Serbia and our regional presence in Europe. At the same time, this investment complements our strategy of vertical integration, allowing the Group to further develop its agricultural, dairy and livestock production. Al Dahra has deep respect for the knowledge and the expertise of the employees at PKB and we are very dedicated to continuing the company's tradition and maintaining PKB's very important role in supplying the citizens of Serbia with the said products. We believe that the privatization of PKB and Al Dahra's investments in upgrading the current capacities and infrastructure will contribute considerably to the commercialization and the internationalization of the Serbian agriculture, whereby Serbian farmers, traders and the entire agricultural sector in Serbia will benefit. We are looking forward to the further strengthening of our bonds with Serbia and its people through the realization of new investments – the vice president and co-founder of Al Dahra, Kadim Al Darei, said on the occasion of the signing of the sales and purchase agreement on the takeover of PKB Korporacija.

Al Dahra is an international corporation which specializes in agribusiness and has 160,000 hectares of agricultural land on four continents. It includes various companies which operate in the processing, dairy and milling industries, as well as developed global trade capacities. By including PKB in its portfolio, Al Dahra has gotten a great opportunity to strengthen its position in Europe and secure the further development of the company's operations in the dairy segment.
Companies:
PKB Korporacija a.d. Beograd
Ministarstvo privrede Republike Srbije
Al Dahra Rudnap d.o.o. Irig
Al Dahra Ujedinjeni Arapski Emirati
Tags:
PKB
sale of PKB
privatization of PKB
Dragan Stevanovic
Share: