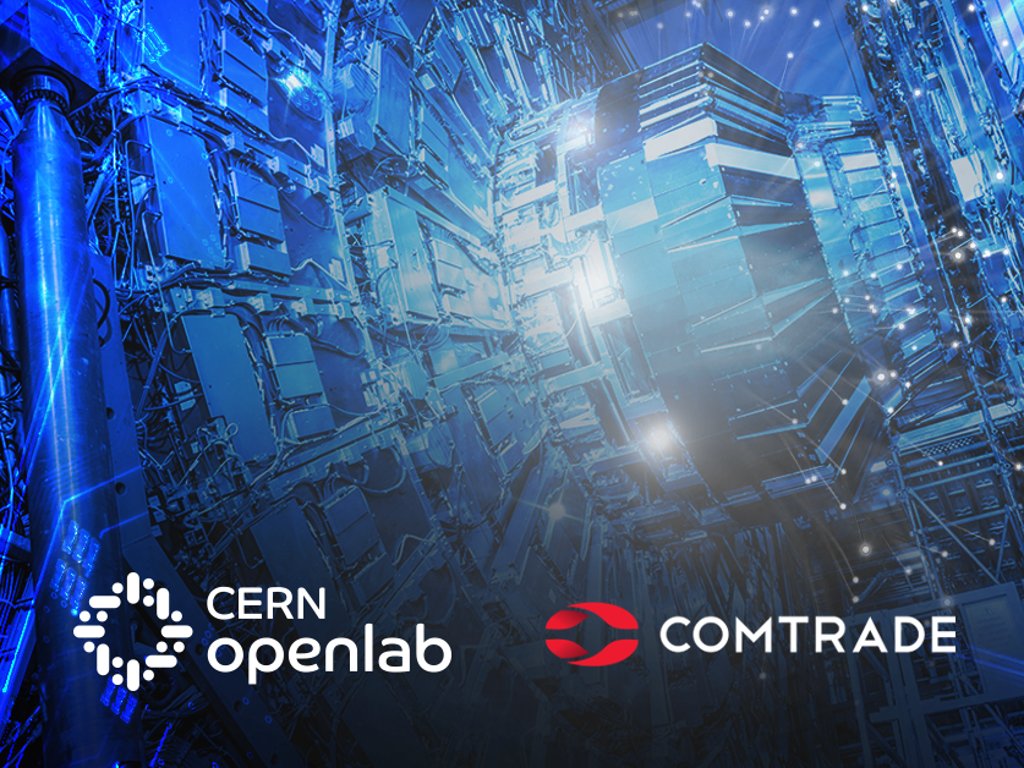 A public-private partnership, CERN openlab, enables CERN, the European laboratory for particle physics, to collaborate with leading ICT companies and research organizations on developing custom ICT solutions for the research community. Comtrade, one of eight companies involved (Huawei, Intel, Siemens and Oracle among them) looks after a critical project – facilitating large-scale worldwide access to research data.

Comtrade has been an associate member of CERN openlab since 2015. From the outset, Comtrade has worked on EOS, a disk-based, low-latency storage solution, which was developed at CERN initially for storing physics data, and now is increasingly being extended for other use cases as well.

– Within the growing Large Hadron Collider (LHC) community, many users require highly concurrent access to data. A significant fraction of access is random, and we also have a large file-open rate. EOS is built to address these needs reliably, but could serve the open-source community even better by being easier to install, more accessible and simpler to operate — all in all, more community-friendly. Comtrade’s expertise with storage, systems and testing has been of notable assistance to us in this regard – says Alberto Di Meglio, head of CERN openlab.

In 2016, Comtrade provided robust installation kits for fast deployment of EOS, as the first step in its productization. Under the new agreement, Comtrade engineers will set up a full-service technical support service and finalize a detailed operations manual, in the coming months. An automated testing framework to immediately validate and certify each new release of EOS, as well as some integration-focused modules, are still in the pipeline.

– EOS not only provides elastic and scalable open-source storage for our central data recording and processing: it is the core of CERN’s data synchronization and sharing solution. We are eager to continue our successful collaboration with Comtrade engineers, further refining and improving the software – reports Luca Mascetti, the project coordinator.

The decision of Veselin Jevrosimović, owner and chairman of Comtrade, made in 2015, that Comtrade should join CERN openlab for the start of its fifth phase (2015-2017), is embodied in the excellent work that young engineers — sponsored by Comtrade — continue to perform on EOS. The importance of this work is self-evident. The data from the LHC experiments, totaling up to around 50 petabytes per annum, is stored and analysed using a global computing grid. This system, referred to as the ‘Worldwide LHC Computing Grid’ (WLCG), consists of 170 computing centers, located in 42 countries.