Revitalizing the traffic on the Danube, the premise of strengthening the Romanian-Serbian business relationship 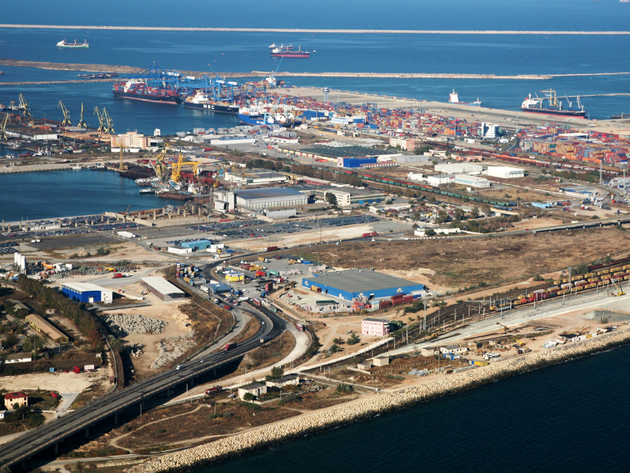 Constanta Port
On September 27, 2018, the 12th edition of Constanta Port Day in Belgrade will take place at Holiday Inn Hotel, an event organized by the National Company Maritime Ports Administration S.A. Constanta, which has become a landmark in the region for the companies in transport, logistics, agribusiness, representatives of the ports on the Danube.

The meeting with the Serbian partners is coming in the context in which over the past year the connections between the representatives of the port of Constanta and the Serbian business environment have been strengthened both at the business level – through many visits of the Serbian companies to Constanta (JRB, DTL, CFND, TOMI TRADE, ELIXIR, AM SPEC and many others), and at the institutional level, through the participation of the general manager of NC Maritime Ports Administration S.A. Constanta in the Ministerial Conference on the occasion of the 70th anniversary of the signing of the Belgrade Convention.
Vladan Misic, the representative of Constanta Port in Serbia, stated:

– The Constanta Port Day in Belgrade has become a nice tradition and I am very happy that the event brings together not just ports and ship companies, but all other participants in the logistics chain as well. This event was organized for the first time back in 2007, with around 80 participants, and only a few years layer there were already over 200 attendees, representatives of successful companies from Serbia and the region, interested in cooperating with the Constanta Port. Our activities are constantly supported by the Embassy of Romania in Belgrade, but also the Ministry of Construction, Transport and Infrastructure. I expect the new business contacts to be realized successfully this year as well, thereby bringing Serbian companies and the Constanta Port even closer together. 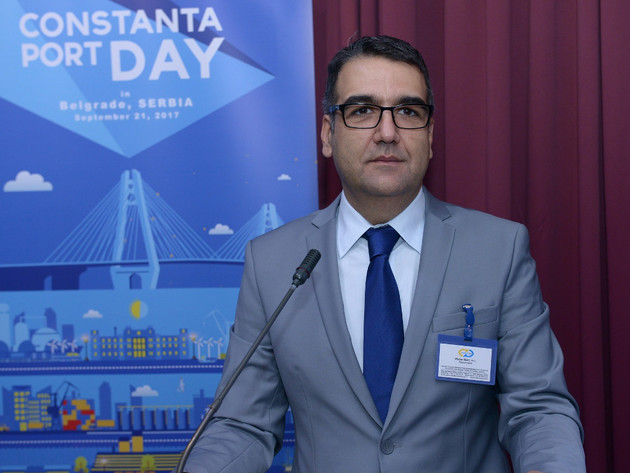 2018 is the year when the port of Constanta has made many efforts and had important initiatives, through the administration and the port operators, in order to improve the river traffic on the Danube.

The actions of the port of Constanta at national and international level, supported by the Ministry of Transport, have led to the unlock of the dredging works on the Danube and in July the dredging of the most critical sections of the Bulgarian sector has started.

For the first time, on June 6th, 2018, at Constanta Port Day – Danube Transport Day, an event organized by N.C. Maritime Ports Administration S.A. Constanta and Pro Danube International in the European Parliament, representatives of the Ministry of Transport, investors, Romanian and foreign partners, together with European officials have spoken with one voice about the importance of the port of Constanta within the European transport system.

The topic of the event in Brussels referred to the port of Constanta as multimodal hub for regional development and as strategic partner of the Danube river ports and it aimed to raise the awareness of the representatives of the European institutions on the economic potential of the Danube and the port of Constanta, the crucial role they play in increasing efficiency of the European transport system, by encouraging the development of intercommunity trade and connection to the Asian markets.

The main reason of the attention the port of Constanta devotes to the Danube is the revitalization of the transport on the river, by reopening new regular container lines with central Europe.

This year, the port of Constanta returns to Belgrade with important ongoing investments, increases in the traffic of goods, new international strategic partners.

Major infrastructure works are currently underway in the port of Constanta. From own funds many repair works have been carried out to road infrastructure, investments are being made in the maintenance dredging in the port basins and on the fairway and in the modernization and systematization of the access to the port. 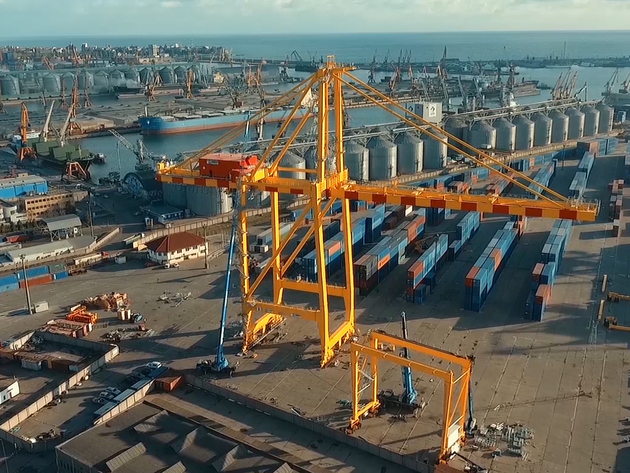 Investments in Constanta Port are ongoing
Recently, the grant application for the works for the Modernization of port infrastructure by providing increasing depths of fairways and basins, and navigation safety in the port of Constanta was signed, a project financed from European funds, with an estimated value of 40 million euros.

The works for the investment project “Implementation of a specialized berth in an area with large depths (Berth 80)” have already started, following the modernization of the berth, to install new berth equipment suitable for receiving larger grain vessels, as well as extending the railway infrastructure to the silos park. The investment value is of 5.7 million euros.

At the same time, the implementation of the project “Upgrade of Infrastructure and Environmental Protection in the port of Constanta (PROTECT)”, financed within the financing programme “European Interconnection Mechanism (EIM)”/ “Connecting Europe Facility” (CEF) is going on. Total value – 12.7 million euros.

The construction of 500 DWT multipurpose tanker has already started in a Romanian shipyard, with high navigation performance in order to collect waste and bilge water from ships calling at the Romanian maritime ports and their roadstead. The vessel will be registered under the Romanian flag.

The development directions for the port of Constanta will focus in the future on transforming it into an energy hub, the projected investments considering the potential of this field. The extension of the status of zone with tax incentives (free zone) in the port of Midia in the near future will help attract investments.

To support further development of the port of Constanta, the Romanian Government has recently adopted a decision approving the investment project “Development of pier III and IV in Constanta Port South”, together with another 7 strategic investment objectives to be prepared and awarded in public-private partnership by the National Commission for Strategy and Forecasting. 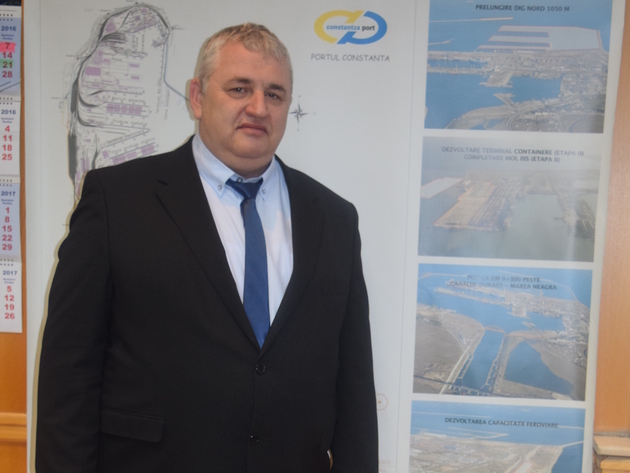 Dan Nicolae Tivilichi, Director General of Constanta Port
The project is about the extension of the port of Constanta by creating additional operating terminals in order to increase its attractiveness, becoming an important point of interest for investors.

Thus, the premises for the operation of high capacity vessels are being created, which will lead to increased passenger and freight transport capacity, implicitly to an increase in the volume of trade.

Open gates to the Silk Road

The port of Constanta is very involved in highlighting its role on the Silk Road, within the intermodal transport projects, in order to demonstrate its potential to attract flows of goods.
Together with Constanta Port Business Association, we organized, in 2017, a summit on the Silk Road topic, an event which brought together important players on this route.

Besides, the port of Constanta has become, over the last few years, the host of important actions bringing together decision makers on the route of the Silk Road: state and port authorities, diplomats, private companies, in order to contribute more effectively to the efficient development of the transport corridor Asia-Europe.

In order to attract traffic of goods, NC MPA continues to conclude partnerships with ports and professional associations, signing in recent years cooperation protocols with the ports of Aktau in Kazakhstan, Poti and Batumi in Georgia, the State Service of Maritime and River Transportation in Turkmenistan, the port of Qingdao in China. The latest ones are those concluded with the ports of Ningbo in China, Baku in Azerbaijan and Anaklia in Georgia.

The exchange of information between these partners focuses on identifying bottlenecks and creating a process through which optimal solutions are used, to be offered to all actors involved in intermodal transport on the corridor Asia - Europe.

There is interest in opening new lines for other destinations, both for containers and RO-RO transport.