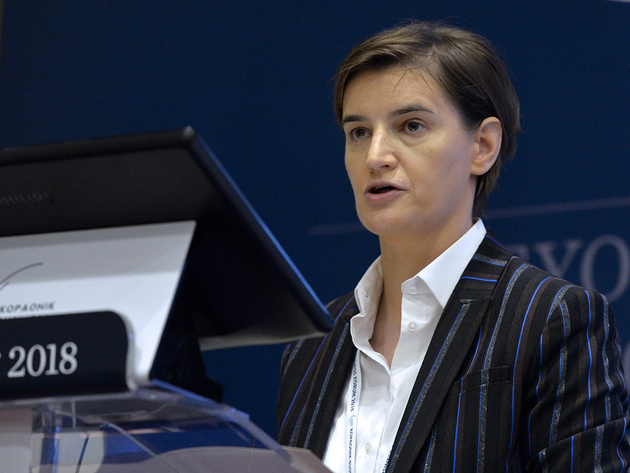 Serbian Prime Minister, Ana Brnabic has refuted the claims that RTB Bor tender was “staged” and that the Government budget won't see any income from the Zijin investment.

Brnabic told Al Jazeera Balkans that the government strategic partner guarantees employment for all the present workers at RTB Bor.

– There are total 5000 workers, 1,500 work in Majdanpek, the rest work in Bor and the surrounding area, Brnabic said.

She added that USD 200 million of debt from the pre-packaged sale are paid off. One part from that amount would go indirectly to the government budget through the investment into companies RTB Bor is indebted to, such as EPS and others.

The PM also said that the revised estimates for Serbian economic growth were 4.9% in the first quarter and 4.8% in the second quarter of 2018.

When asked to say whether the highway to Macedonian border through Grdelicka Klisura would be opened by the end of the year, the PM said that it depended on time needed for overhaul.