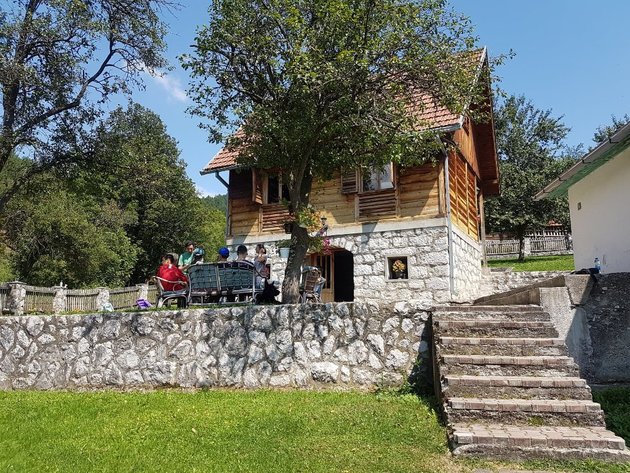 Vracaric household
Western Serbia is known for its natural beauties. Numerous mountains offer a wealth of opportunities for active vacations or simply taking a walk, both in the winter, when they are covered with snow, and in the summer, when many adventurous tourists want to escape the heat for a while at least and enjoy the fresh mountain air.

The village of Kremna, located right between Tara and Zlatibor and around 35 kilometers away from Uzice, has also been considered an air spa since the early 20th century thanks to its climate and an ideal altitude of around 800 meters. Only around ten kilometers away, one can find the famous Sarganska Osmica railway, Drvengrad and the Tara National Park, and some thirty kilometers away, in the neighboring Bosnia and Herzegovina, there stand Visegrad with all its highlights.

The village of Kremna is probably best known for the Tarabic family and their legendary prophecies, but this mountain settlement with around 2,000 residents also has great conditions for the development of village tourism and the production of health food, making it one of the most popular travel destinations for people looking for fresh air, home cuisine and a peaceful vacation.

The Vracaric household, consisting of Slavica and Cedo with their four children, has made use of this favorable location. They produce organic food on their property, but they are also working on the development of village tourism, primarily for children, which they started doing in 2011, when they decided to sell their apartment in Uzice and start living in Kremna.

– We invested the initial capital in the construction of a business facility with a chamber for storing and preserving food and in a vehicle with a mobile cooling facility for transport. We also took out a loan for beginners in business, which we used to adapt an accommodation facility – Slavica explains.

She notes that Pavlina (15), Viktor (13) and Fjodor (11) now have a sister, Zvezdana, who has been in the center of attention in the past six months, since her birth. 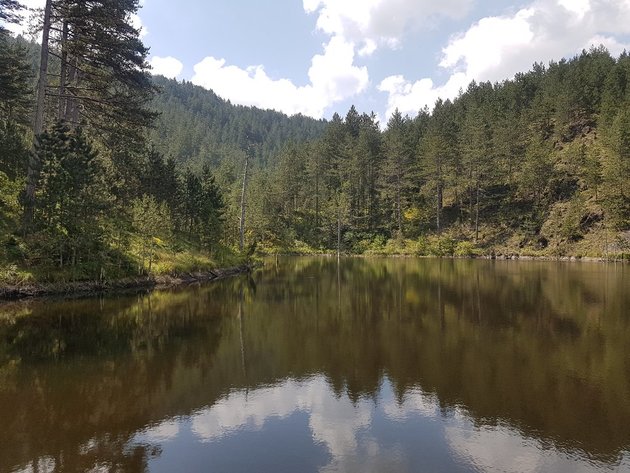 The lake in Kremna
– Considering that we have so many children, it's clear where we've gotten the inspiration for the development of village tourism for children – Slavica, our interviewee, says with a smile, while the family's black German Shepherd Atila looks on inquisitively.

There are numerous hillocks and glades surrounding the Vracaric property, where Viktor and Fjodor play soccer with their friends and often with guests as well. We didn't learn who had been more successful in those duels, but they did reveal that many come back for a rematch.

A beautiful, somewhat hidden, mountain lake is located nearby. It's water level varies depending on the season and only a few of the residents know about it. Vracarics recommend to those that are fit and adventurous enough to climb a nearby hill providing a view of almost the entire village. Village tourism is already quite developed in this area, although there's a question of the perspective and the development of larger capacities, especially considering that employees at hotels often recommend finding private accommodation.

Slavica Vracaric received the Success Flower award of the Association of Business Women in Serbia in 2013, as a representative of her household, for a pioneering entrepreneurial endeavor in village tourism. That same year, her project of the production of organic food and organizing workshops for children was awarded at the contest of the Ana and Vlade Divac Foundation, the UniCredit Foundation and UniCredit Bank - “Ideas for a Better Tomorrow”. These acknowledgments provided an additional incentive for her to continue with her work.

– Organic food is the future everywhere in the world, and Kremna has ideal conditions for agriculture and growing health food. That's why we want to confirm its value, which our ancestors were well aware of – Slavica says. 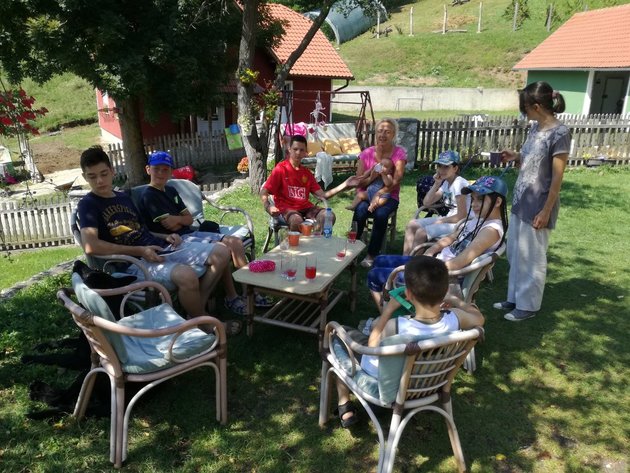 We had the opportunity to test the quality of the cornbread, cheese and sour cream, meat products and lamb roast, but also the local plum rakija and organic sour cherry juice. Other specialties of this household include the traditional Madzarka plum patty, the Vodnjika health elixir and apple cider vinegar made of wild apples.

– The drying of fruit and vegetables is a traditional way of preserving them long before there were refrigerators and freezers. Few people know that it's one of the healthier ways to preserve food, as drying only makes it lose water, while keeping all the nutrients – Slavica explains.

The Vracaric family plans to dedicate itself to the development of village tourism even more in the future, and they are especially happy when they have the opportunity to welcome young ones and organize workshops for children.

– A travel agency from Novi Sad has helped us start the business by bringing the first guests, whose impressions were so good that most subsequent visitors came here at the recommendation of someone who had come before. This sort of advertising, by word of mouth, has also brought us numerous foreigners, representatives of embassies, banks, high institutions... We have also been visited by students of a German school, but also families with children and younger couples. We have stayed in contact with most of them, becoming true friends – Slavica emphasizes.

In the upcoming period, she wants to organize camps for children where young ones would learn foreign languages while enjoying the mountain climate and health food, and she points out with pride that their guests have included several teachers who have already said that they want to take part in one such project.