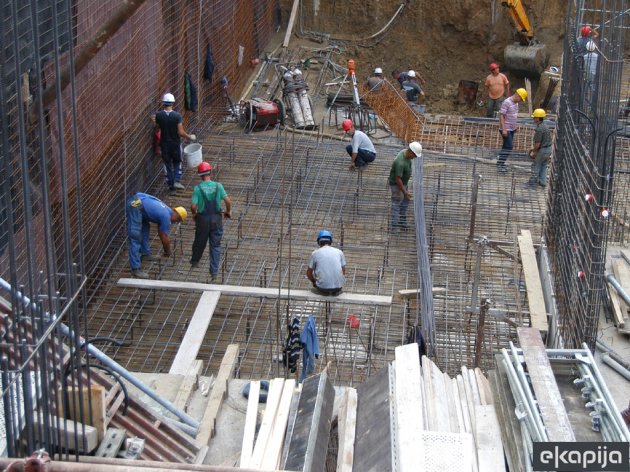 Illustration (Photo: Suzana Obradović)
This month, the company Clean Earth Capital Serbia started the construction of the first 50 apartments to be given to the Ministry of Defense in the location of the residential-office complex Novi Nis, that is, the land where the Bubanjski Heroji barracks used to be located.

The construction of 21,000 square meters of residential space for members of the Serbian Armed Forces is part of the obligations that the American company took over in late 2011, when it bought the said barracks.

The CEO of Clean Earth Capital Serbia, Philip Bay, told Beta that the company had started building the apartments and that it planned, as per the annex to the 2016 agreement, to deliver the first 4,000 square meters of residential space to the city on December 31 and to complete its full obligations, which entail the delivery of 21,000 square meters of gross residential space, before the deadline.

– We expect to fully meet our obligations under the agreement by May 2020 at the latest, that is, 12 months before the deadline – Bay stated.

He said that Clean Earth Capital Serbia will start building commercial buildings in the location of Novi Nis.

Bay said that the deadline for the completion of the entire residential-office complex depended on the state of the market, the Serbian economy and the general growth trends in Nis.

– We’d like to have everything finished by 2021, but that date is approximate. If the project can be finished by 2024 or 2025, it would be very satisfactory – Bay pointed out.

He reminded that Clean Earth Capital Serbia had many unforeseen factors slowing down and stopping the development of Novi Nis when it started operating in Nis in 2012.

– We have solved or are solving 90% of the difficulties. Political administration and various public utility enterprises and service companies have generally provided support – Bay said.

As Bay reminded, Clean Earth Capital Serbia has demolished and fully recycled 28 former army facilities in the Novi Nis location. Furthermore, in the past years, it has held IT tournaments with investors from Bulgaria, Great Britain and the UAE in Nis, in addition to stimulate small startups from the city.

Clean Earth Capital Serbia, Bay pointed out, has sponsored numerous events in the past years, and in the future, its socially useful operations will focus on young people in Nis, another several project with the Romani people and aiding people with disabilities in finding employment.

At a recently held media conference, city councilor Mihajlo Zdravkovic reminded of the American company’s obligation to build 4,000 square meters of residential space by the end of the year.

Clean Earth Capital Serbia bought the land of the former Bubanjski Heroji barracks for EUR 1.5 million in December 2011, on which occasion its representative announced that they would build the residential-office complex Novi Nis in eight to ten years.

In addition to apartments and houses, Novi Nis is supposed to feature a shopping mall, a hotel, a university, a hospital and sports courts.

So far, in the location of Novi Nis, only the rough construction works on a residential building with 76 residential units have been finished, whereas the construction of 50 pre-fabricated apartments for members of the Serbian Armed Forces has begun.