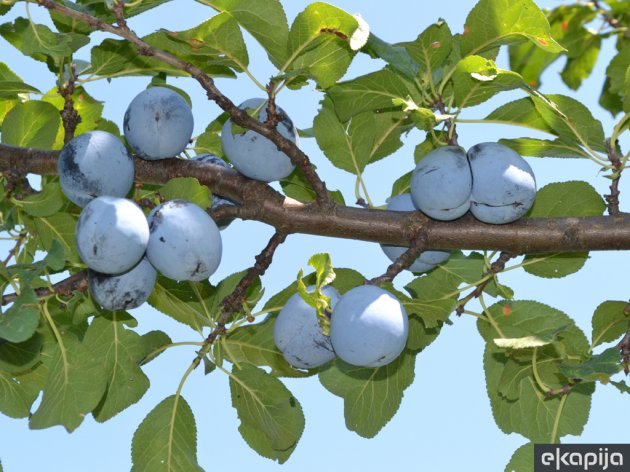 (Photo: Suzana Obradović)
Serbian Minister of Regional Development Milan Krkobabic has stated that Serbia is the third biggest producer of plums in the world, with over half a million tons produced.

As he pointed out, Serbia is behind China, which produces 6 million tons annually, and India, whose annual production amounts to 700,000 tons.

Krkobabic reminds that there are 42 million plum trees in Serbia, but that the processing of the fruit is five to six times lower than 120 years ago and that it is mostly used to produce brandy.

– The biggest product exported from Serbia to the United States of America at the end of the 19th century was the prune. Around 30,000 tons was exported at the time, and our export now amounts to no more than five to six thousand tons – Krkobabic said while visiting the municipality of Blace.

He said that the Government of Serbia and his ministry were ready to work together with the local self-government and the existing cooperatives on creating a complex cooperative in Blace which would help the processing of plums grown in the area, instead of having them used to make brandy.

– One such facility can be expected next year if people from cooperatives and the local self-government take this seriously and start realizing the project – Krkobabic pointed out.

He reminded that the contest for the allocation of incentives for cooperatives was in progress and that RSD 825 million had been set aside for the purpose in 2018, four times more than in the previous year.