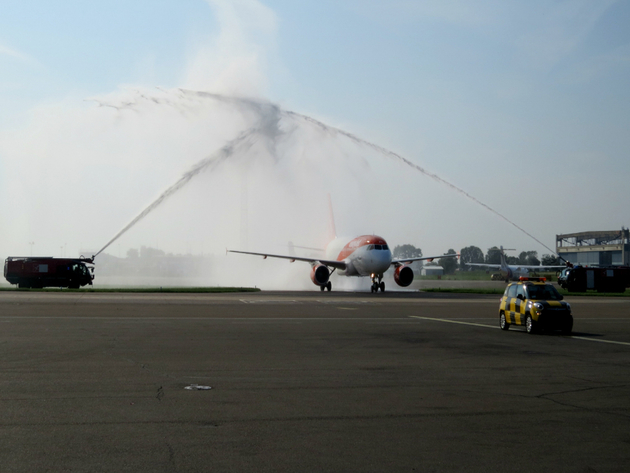 easyJet introduced direct flights on the Belgrade-Basel route today, to be carried out three times a week during the summer flight schedule for 2018 and to continue in the winter season as well.

The first plane to take off from the Nikola Tesla Airport to Basel was seen off by representatives of the British airliner, the Belgrade Airport and Swiss Ambassador to Serbia Philippe Guex.

The British low-cost airliner easyJet will carry out these flights on Tuesdays, Thursdays and Sundays with a 156-seat Airbus A319.

One-way tickets from Belgrade to Basel cost EUR 21, it was said at the press conference.

Miodrag Mirkovic, Director of Marketing and Commercial Affairs at the Belgrade Nikola Tesla Airport, said that the Belgrade Airport now had a new line with easyJet, which is very popular and has high standards for passengers.