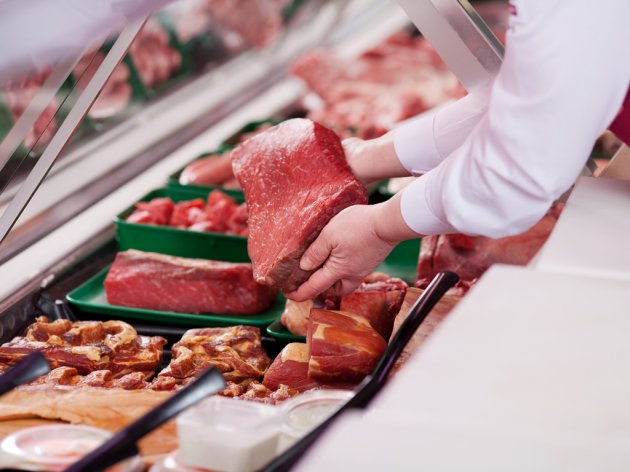 Illustration (Photo: racorn/shutterstock.com )
Serbian Minister of Agriculture Branislav Nedimovic will travel to Turkey on August 1 in order to negotiate additional quotas for the export of beef to that country, the ministry told Beta yesterday.

Last year, under the Free Trade Agreement, Turkey approved the import of 5,000 tons of beef from Serbia.

In the past three months, since the export of beef to Turkey was stepped up, the price of this type of meat in Serbia has gone up from EUR 1.9 per kilogram to EUR 2.4.

The director of the Djurdjevic meat packing plant, which owns IM Srem-Sid together with Agro-Papuk, Djordje Kuzminac, said that 500 tons of beef had been shipped to Turkey until then.

He told Beta that they were counting on the market in the long term and that he couldn't disclose the price at which the beef is exported, but that the transport to the country still paid off even though the price of meat has jumped in the Serbian market as well.

– I believe that the price of live cattle would not grow by much more and that it is close to its maximum now – Kuzminac said and added that the meat was shipped boneless by trucks and that it was controlled by Serbian and Turkish veterinary inspectors.

According to Kuzminac, the export to Turkey will stimulate cattle farming in Serbia. His company plans to increase the number of cattle for fattening next year.

– We now have 1,600 cattle being prepared for slaughter, and we plan to fatten around 3,000 next year – Kuzminac said.
Companies:
Ministarstvo poljoprivrede, šumarstva i vodoprivrede Republike Srbije
Đurđević Subotište
Agro-Papuk Kukujevci
Srem Šid d.o.o. Šid
Tags:
Branislav Nedimovic
export of beef from Serbia
beef
export of meat to Turkey
export of beef to Turkey
fattening of cattle in Serbia
cattle farming in Serbia
Share: