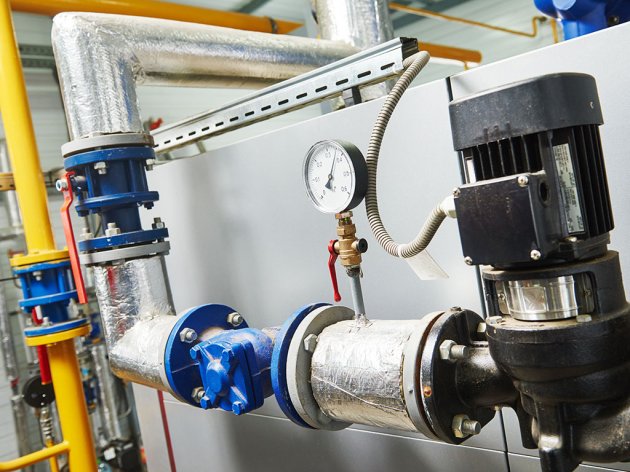 Illustration (Photo: Dmitry Kalinovsky/shutterstock.com)
In the municipality of Bogatic, near Sabac, the construction of a unique central heating system using hydrogeothermal energy began on Monday, July 16, 2018. The system will be used to heat seven public institutions, and the plan is for citizens and the business sector of the municipality to connect to it as well in the next phase of the project.

The opening of the works on the central heating system connected to the BB1 borehole was attended by Minister of Mining and Energy Aleksandar Antic and representatives of the local self-government.

– This is an important day for the future of Macva and Bogatic and this part of Serbia, which are extremely rich with hydrogeothermal potentials, and which, unfortunately, have not been utilized to the end of the development of this part of Serbia – Antic said.

This is a ring system of heating public institution without a traditional heating plant, the first system of this kind in Serbia.

Antic reminded that Macva had enormous hydrogeothermal potentials which can be utilized to serve as a starting point for the development of this part of Serbia.

Seven public facilities in Bogatic will be connected to the central heating system. They will be heated with water whose spring is located at 600 meters below ground and whose temperature is 75 degrees.

The investment, Antic says, is worth around RSD 120 million for these seven facilities, but he notes that those public institutions will save RSD 18 million annually on the procurement of energy sources.

Antic added that the project was characterized by how fast the returns on the investment will be realized, as well as the option of offering the service to the citizens soon as well, but also to the business sector. The potential of hydrogeothermal energy can also be used in agriculture, which he believes will be important for the whole Serbia.

He notes that the state continued with the policy of incentives for RES and that it remained dedicated to the goal of having the share of RES usage in Serbia increase to 27% by 2020.

This year, Antic says, will be the most important one when it comes to RES, as the energy system of Serbia will feature nearly 250 new megawatts from renewable sources, primarily at wind farms in Banat.

The minister thanked the experts at the Faculty of Mining and Geology in Belgrade, as well as representatives of the municipality of Bogatic for their participation in the “project development vision”, although, as he said, their job was not always easy.

The president of the municipality of Bogatic, Nenad Beserovac, explained that, due to the complicated procedure of obtaining construction permits, the beginning of the construction had been delayed, but added that he had been assured by the contractor that the works will be completed before the heating season begins.

– We are a month late, but we have a deadline period of 120 days, and the contractor has promised that the system will become available to the public facilities it is supposed to heat before the heating season starts – Beserovac says.

When asked when the citizens might expect to be connected to the system, Beserovac says that the municipality has prepared a study of geothermal potentials and resources of Bogatic in cooperation with the Faculty of Mining and Geology and that it will be made possible in the upcoming period.

The Laboratory for Geothermal Energy and Energy Efficiency of the Department of Hydrogeology at the Faculty of Mining and Technology in Belgrade has prepared the “The Study of the Possibility of Usage of Hydrogeothermal Energy for the Needs of Central Heating of Public Purpose Facilities in Bogatic”, which has proved the feasibility of the realization of the project, according to the experts at the faculty.