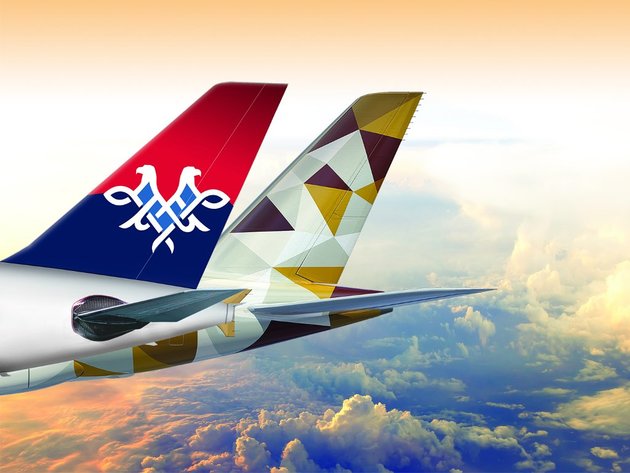 Air Serbia and Etihad Airways agreed that equity partnership of two airlines is going to be continued.

– Etihad continues to own 49% of Air Serbia and remains a fully committed and supportive shareholder in partnership with Air Serbia’s majority shareholder, the Government of Serbia – Air Serbia announced.

President of the Government of Serbia, Ana Brnabic, said that she is satisfied with the decision.

– Five years after the commencement of the successful equity partnership with Etihad Airways, Air Serbia is now fully standing on its own feet under the constructive supervision of its two shareholders, the Government of Serbia and Etihad. We are excited about Air Serbia’s perspectives and the continuation of our successful equity partnership with Etihad – Brnabic said.

– Etihad is honored to have been able to help build Air Serbia into what it is today. We are looking forward to the next phase of our equity partnership as an engaged and supportive shareholder and cooperation partner – Kamark emphasized and added that he believed in even better results.

Air Serbia reported a net profit of EUR 15.7 million in 2017, which is EUR 14.8 million more than a year before. In the fourth year of operations, the airline's total operating income reached EUR 288 million, says the press release by Air Serbia.

Based on a detailed business analysis and thanks to a new approach and new measures, the operating costs were reduced by 7%, whereas the sales revenues increased by 4%.

Despite a consolidation of flights and the rising competition, the national airline transported 2.62 million passengers. The passenger transport capacity, expressed as the number of available seats multiplied by the total number of kilometers traveled, increased by 4% compared to a year before to 4.24 billion.

The charter brand Aviolet carried out a record number of 749 flights and transported 174 thousand passengers to popular tourist destinations in Greece, Turkey, Spain, Italy and Tunisia.