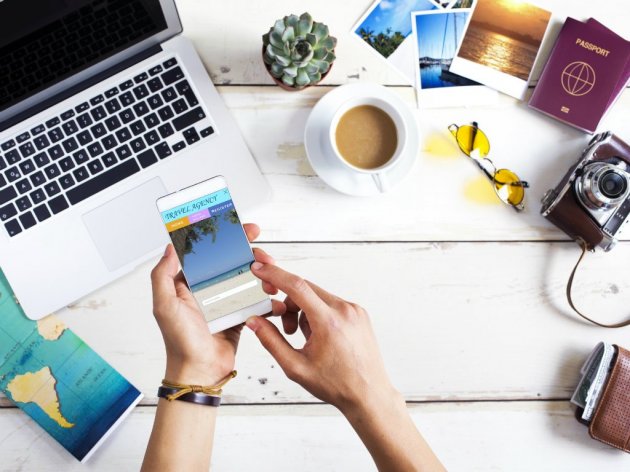 Illustration (Photo: sebra/shutterstock)
The Regional Cooperation Council (RCC) launched its project on Tourism Development and Promotion in the Western Balkans on June 28, 2018, in Sarajevo, aiming to improve, compile and promote cultural and adventure tourism offers in the six Western Balkan economies, increase number of tourists visiting the region, and contribute to its economic growth, employment and competitiveness.

This EUR 5 million project is funded by the European Union (EU) and will be implemented by the RCC and its Project team in the next 3 years.

– This project is a novelty on the RCC’s agenda. Tourism is important, as over 24% of the services in the region are exported through tourism – said Goran Svilanovic, RCC Secretary General.

According to him, tourism connects and provides activities for a range of sectors, and estimates says that 5% of the employees in the Western Balkans countries work in the tourism industry.

– 5% of the gross domestic product of our region lies in tourism – Svilanovic pointed out.

The project aims, he added, to bring together all the players in the tourism sector in the region, as well as representatives of governments, in order for an agreement to be reached about the regional tourist offer and regional tourist routes based on the common cultural and historical heritage.

In the next three years this RCC’s project will award up to 30 small grants worth about EUR 50,000 each, in order to enhance infrastructure around adventure and culture tourism routes.

– We lean on the world-famous Via Dinarica and we want to make use of everything they've done, to attract new guests to the region with new routes and help the small economy, which will be supported by the RCC – Svilanovic said.

Andrea Vera, Head of Operations Section II for Economic Development, Natural Resources and Infrastructures at the EU Delegation to Bosnia and Herzegovina, said that the project was financed from the IPA funds, whereby the aim is to assist the countries of the Western Balkans in joining the EU.

Vera said that the importance of the project lied in its regional character, bringing together the efforts of the six economies of the Western Balkans, and added that the project was an extension of the document “Communication on EU Enlargement Policy”, that is, the segments of the document pertaining to the socio-economic development and good neighborly relations.

– We call this project the Triple P. The first P is the promotion of the entire region as a single tourist destination. The second P pertains to policies of identification and overcoming of obstacles to the end of improving the development of tourism in the region. The final P pertains to the pilot project through which a whole range of small, individual initiatives will be realized – he said.

According to him, the project will lead to the recognition of cultural destinations that could be used for tourism in the Western Balkans countries and the promotion of those destinations, which will lead to an increase in the number of tourists in these countries, which will eventually stimulate economic growth.

When asked what the cooperation with the authorities in these countries was like regarding the realization of the project, Vera said that the cooperation with the authorities was always a challenge and expressed hope that all obstacles would be overcome and that a lack of cooperation would not jeopardize the realization of the project.
Companies:
Regionalni Savet za Saradnju Sarajevo
Tags:
Regional Cooperation Council
RCC
Via Dinarica
Tourism Development and Promotion in the Western Balkans
regional tourism promotion
Goran Svilanovic
Andrea Vera
IPA fund
Communication on EU Enlargement Policy
promotion of Western Balkans destinations
Western Balkans promotion
gross domestic product from tourism
regional tourism
Western Balkans tourism
Share: