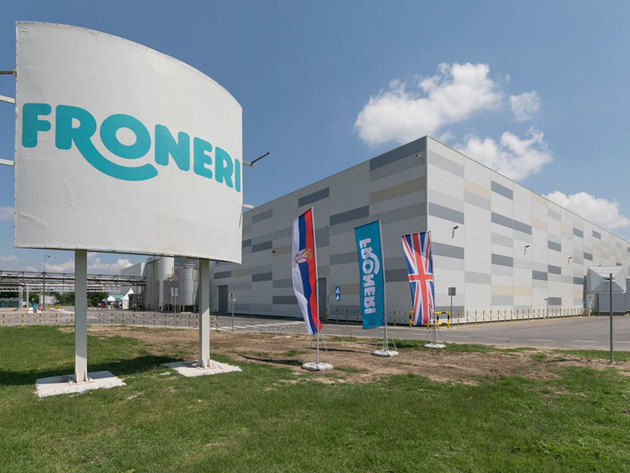 The ice cream factory Froneri Adriatic officially opened yesterday in Stara Pazova. The investor, Froneri, which was founded in 2016 as a global joint investment in the ice cream, frozen food and cold milk products business through a merger between Nestle and R&R, invested EUR 20 million in the renovation and the expansion of the Nestle facility in this municipality of Vojvodina.

Froneri's operations are built on the success of Nestle brands and its experience in distribution, as well as on competitive production performances of R&R and its considerable presence in retail, it was said at yesterday's opening.

Froneri has been operating in Serbia for six months now, and thanks to the new investments, the production capacities of the facility in Stara Pazova have increased by 60%.

The importance and the scope of the entire project is shown by the fact that the factory's 12,000 m2 have now nearly doubled, amounting to 23,500 m2. Of this, the newly built and expanded areas make up 18,500 m2. The production facility used to consist of six lines, and the new investments have increased the number to 12, it was said at the opening.

– The team at the forefront of Froneri is a combination of the industrial expertise and the business abilities of Nestle and R&R. The joint global investment proved successful and after the company increased its production, Froneri invested a considerable amount of EUR 20 million in the renovation and the expansion of the factory in Stara Pazova – explained Ibrahim Najafi, CEO at Froneri. 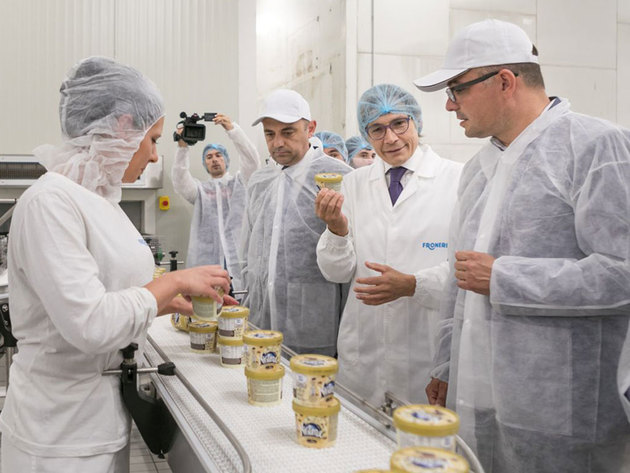 The products from Froneri Adriatic are known in the Serbian market under the Nestle ice cream trademarks, including the popular Best, Nirvana, Topgun, Pirulo, Hit, Nesquik, Kit Kat, Aloma and Familia. Thanks to the new investments, it was pointed out at yesterday's opening, the company exports 95% of its products to 24 countries. Seventy new permanent employees and over 350 seasonal workers contribute to this.

The food industry, the minister pointed out, can contribute a lot to the growth of Serbia's GDP, since, as he emphasized, the country has big agricultural potentials.

– Today, I saw at Froneri what I want to see everywhere in our country, and that is top technology – Nedimovic added and said that, in addition to Serbia, the company had considered Greece and Bulgaria as locations for the opening of the factory.

With sales of close to EUR 2.6 billion, Froneri, the company points out, operates in over 20 countries worldwide and employs nearly 15,000 people. The company's headquarters are in Great Britain, and it has branch offices in Europe, the Middle East (excluding Israel), Argentina, Australia, Brazil, the Philippines and South Africa.