Superbrands awards handed out – eKapija among winners of prestigious acknowledgment 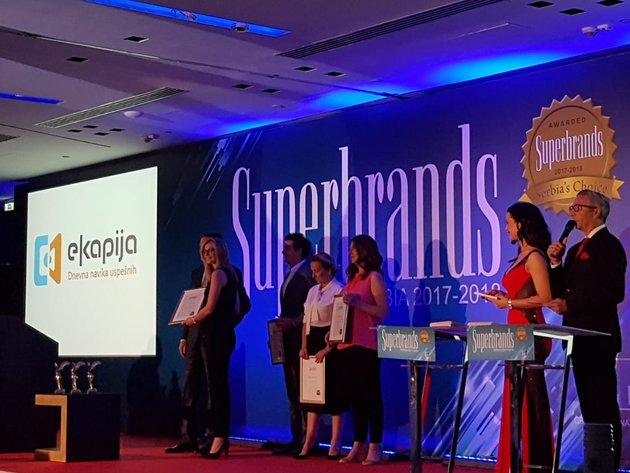 Our portal also supported the organization of the event of TGI Group International, as a media partner of the project.

The awards were handed out in 35 categories to companies which operate in line with top global standards and are socially responsible. In the selection process, 2,600 companies from Serbia were considered, and the laureates were picked by combining the votes of the Expert Council for Superbrands and the votes cast through a public survey.

The chairman of the Expert Council of Superbrands Serbia, Toplica Spasojevic, explained that the Superbrands program existed in 90 countries across the globe and the it aimed for an analytical approach to brand analysis in national markets.

– The superbrand status is a reliable indicator to consumers – Spasojevic emphasized and pointed out that the award criteria were based on the brand's long-term consistency and reliability, recognition and standing, as well as corporate responsibility.

Symeon Tsomokos, President of Superbrands Serbia, pointed out that brands weren't just the awarded companies, but people behind them, as success can only be achieved through team work of managers and employees.

The Golden Superbrand status was won by Termovent, Mercedes Benz and Telekom Srbija.