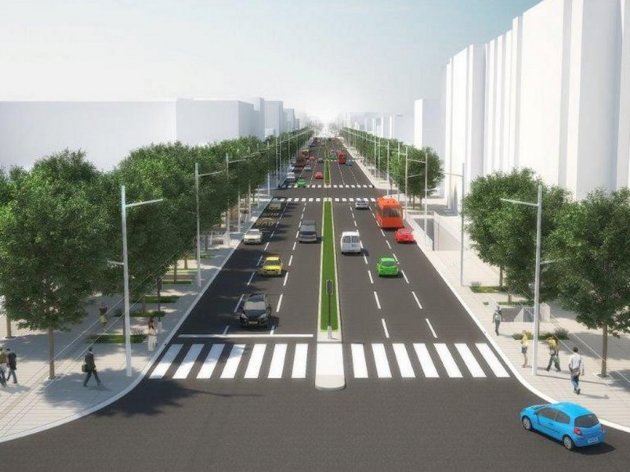 Future look of busy traffic route in Belgrade (Photo: beograd.rs)
The reconstruction of Kraljevica Marka and Karadjordjeva streets will begin in late summer, and Kneza Milosa Street will be reconstructed next year as well. Milutin Folic, who has been re-appointed Belgrade City Architect, said this on TV Prva.

He said that Kraljevica Marka Street will be completed in early 2019, whereas the works on Karadjordjeva Street should take a year, due to the amount of work to be done.

– We have made a new plan, which puts the reconstruction of Kneza Milosa Street in 2019. It will take place in two phases. In phase one, new underground installations will be laid down beneath the sidewalks. The parking spaces will be removed from the sidewalks to the garage, which is to be built beneath the current traffic lanes, featuring 450 parking spaces – Folic explained.