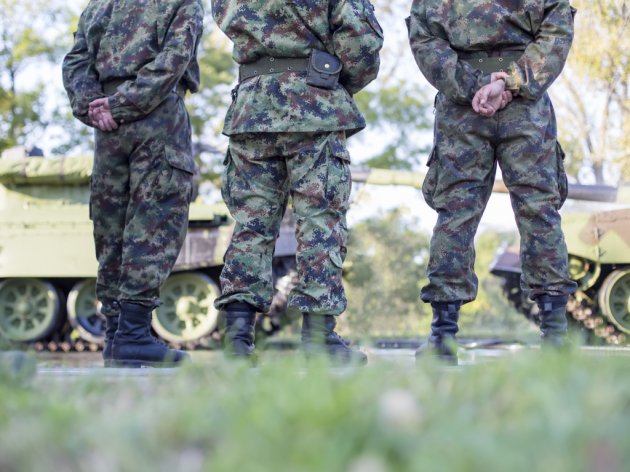 Illustration (Photo: Goran Bogicevic/shutterstock.com)
Serbian Minister of Defense Aleksandar Vulin visited the stand of Yugoimport-SDPR, at the international exhibition of defense and security Eurosatory in Paris, the biggest one in the main hall of the Fair, displaying products of the Serbian defense industry, and said that the country can be proud, RTS reports.

This Tuesday, June 12, 2018, Vulin pointed to the importance of Serbia's participation in the prestigious French fair and added that the stand of Yugoimport-SDPR attracted a lot of attention.

– We can be proud and we can compete with much more developed countries, not just in the production of ammunition, for which we are world-famous, but in complex combat systems, which is something that only the strongest armies in the world can say for themselves. This is a way for Serbia to present itself to the world and to present its results, as something that certainly contributes to the development of our industry – Vulin emphasized.

According to him, revenues of USD 580 million were realized in the defense industry of Serbia last year, and a large increase is expected this year, with revenues amounting to around USD 680 million.

Director of Sales at Yugoimport-SDPR, Aleksandar Lijakovic, pointed out that the company integrated the defense industry of Serbia and presented its development and production projects.

– The Sumadija system is the most interesting and the most attractive system at the moment, as well as a one-on-one missile which is the biggest missile at this year's fair – Lijakovic said.

As he emphasized, all products presented in Paris are relatively new and are a showcase of Serbia's innovative weapon technologies.

He said that Nora, Aleksandar and Sumadija “practically show our rising power in the production of weapons and military equipment”.

Products of the Serbian defense industry are exhibited within the area of 710 square meters, at the biggest stand in the main hall at Eurosatory.