Lidl opens logistics center in Nova Pazova worth EUR 55 million – First 16 stores by the end of 2018? 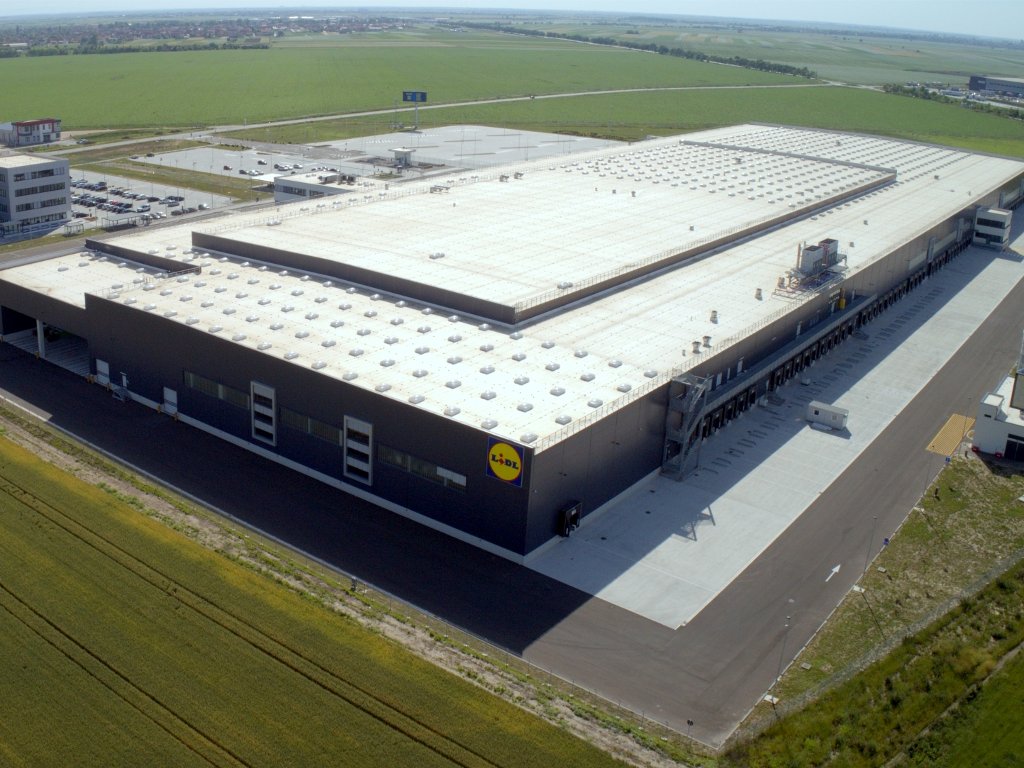 A logistics center of Lidl Srbija, worth EUR 55 million, opened today in Nova Pazova. A total of 180 people are employed there, and the opening of the first Lidl stores in Serbia is expected to take place by the end of the year.

The Lidl logistics center in Nova Pazova takes up 45,000 square meters and has 30,000 pallet spaces. It is one of the biggest logistics centers in this part of Europe and the only one in Serbia with the LEED GOLD certificate.

It was built by Serbian companies exclusively, a total of 50, in line with the international standards of green building. By using special technologies, the use of energy is reduced by 32%, and the consumption of water by 20%.

All the food items will be kept in chambers at specially adjusted temperatures, optimized to keep each product fresh. The center has five temperature zones and is unique for, among other things, having a chamber meant exclusively for the storage of chocolate products (+18 degrees Celsius). The combination of modern technologies, such as the “pick-by-voice” commissioning management and optimized work processes, will contribute to the efficiency of the Logistics Center, so that goods are not kept there for too long, but allowed to reach consumers as soon as possible.

The Lidl logistics center also takes care for the waste to be disposed of properly. Also, for the first time in Serbia, as many as 1,800 square meters of an industrial floor were laid down through a continuous, uninterrupted concrete casting process.

Modern technologies and optimized processes will secure the efficiency of operations, which has already been tested in 30 markets Lidl operates in. The preparations for the opening of the Logistics Center entailed the training of a part of the staff, carried out abroad. Goods will be delivered from this center to stores each day. The products will be fresh, and the stock will be sufficient.

The facility has 120 loading ramps and can supply as many as 100 stores. 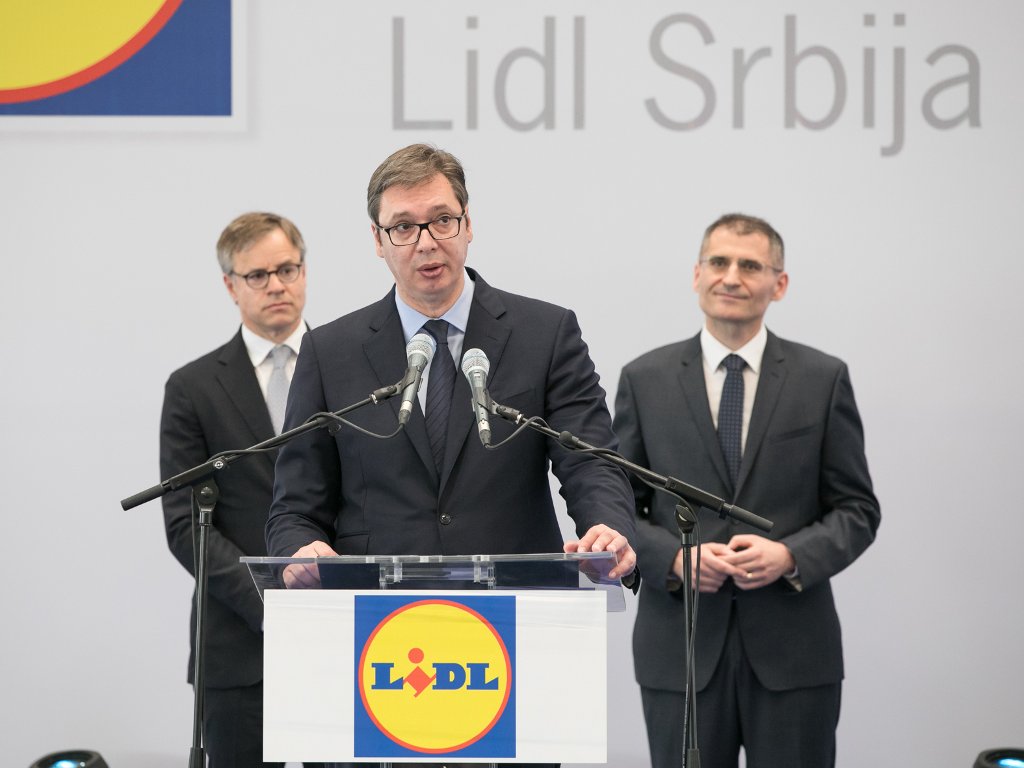 The logistics center was officially opened by Tomislav Sapina, Director General of Lidl Srbija, and Aleksandar Vucic, the president of the Republic of Serbia, and the ceremony was attended by numerous regular guests and guests of honor – Ambassador of Germany to Serbia Axel Dittmann, Minister of Trade, Tourism and Telecommunications Rasim Ljajic, the president of the Provincial Government, Igor Mirovic, and the president of the Municipality of Stara Pazova, Djordje Radinovic.

– Today's opening of the Logistics Center is an important event for Lidl, as we are now a step closer to offering a unique shopping experience, fresh, quality products and the best price/quality ratio to consumers in Serbia though carefully selected products and our Lidl brands. Also, this is an important step for Serbia as well, as it confirms that Lidl is coming here as a long-term partner, intending to stay and for us to develop and progress together – Sapina said.

He reminded that negotiations with numerous local suppliers, some of which will produce under Lidl's trademarks, were ongoing.

President Vucic said that Lidl would open 16 stores and employ a total of 1,500 workers in Serbia in 2018. He added that over 300 Serbian products would be available at Lidl stores and noted that he would ask the company's management to include even more Serbian products.

Ambassador Dittmann pointed out that the opening of the Logistics Center in Nova Pazova is an excellent example of the strengthening of the economic relations between Germany and Serbia. He also said that around 400 companies operated in Serbia, employing 45,000 workers, and that their total investments had amounted to around EUR 2 billion since 2000.

Lidl serves around 10 million customers in over 10,000 stores globally, and the products are stored in over 150 logistics center. It has around 500 employees in Serbia, and the job selection for 1,000 cashiers is in progress in a large number of towns throughout the country.
Companies:
LIDL SRBIJA KD
Tags:
Logistics Center Lidl Srbija
logistics center in Nova Pazova
Lidl Nova Pazova
green building
waste treatment
Lidl stores
Presidency of the Republic of Serbia
Embassy of Germany in Serbia
Ministry of Trade Tourism and Telecommunications
Municipality of Stara Pazova
Tomislav Sapina
Aleksandar Vucic
Axel Dittmann
Rasim Ljajic
Igor Mirovic
Djordje Radinovic
Share:

Log in to view complete information:
Forgot your password? Click here HERE
For free test use, click HERE
Latest
Most read
Serbia to Get Quotas for 2023 for Export of Cheese, Alcoholic Beverages and Cigarettes to EAEC 27.06.2022.
New Energy Scout Generation Selection 27.06.2022.
Rebuilt Border Crossing Kotroman Between Serbia and BiH Opened 27.06.2022.
The Gadget That Will Make Your Summer Better – A Perfect SSD for Fans of Travel 27.06.2022.
Reconstruction of Rajko Mitic Stadium to Cost Around EUR 65 Million – Club’s Annual Income to Be EUR 50 Million, Terzic Announces 26.06.2022.
Ecological Construction Principles on Cigota – Eco Settlement 360 Offers Modern Mountain Houses at Altitude of Over 1,300 Meters (PHOTO) 27.06.2022.
Rebuilt Border Crossing Kotroman Between Serbia and BiH Opened 27.06.2022.
MK Group is Constructing its Fourth Wind Farm and the First Agro-Solar Project in the Region 03.06.2022.
Učitavam ...
Weather
Weather forecast