POPOVIC: We are creating conditions for Slovakian investments in Serbia 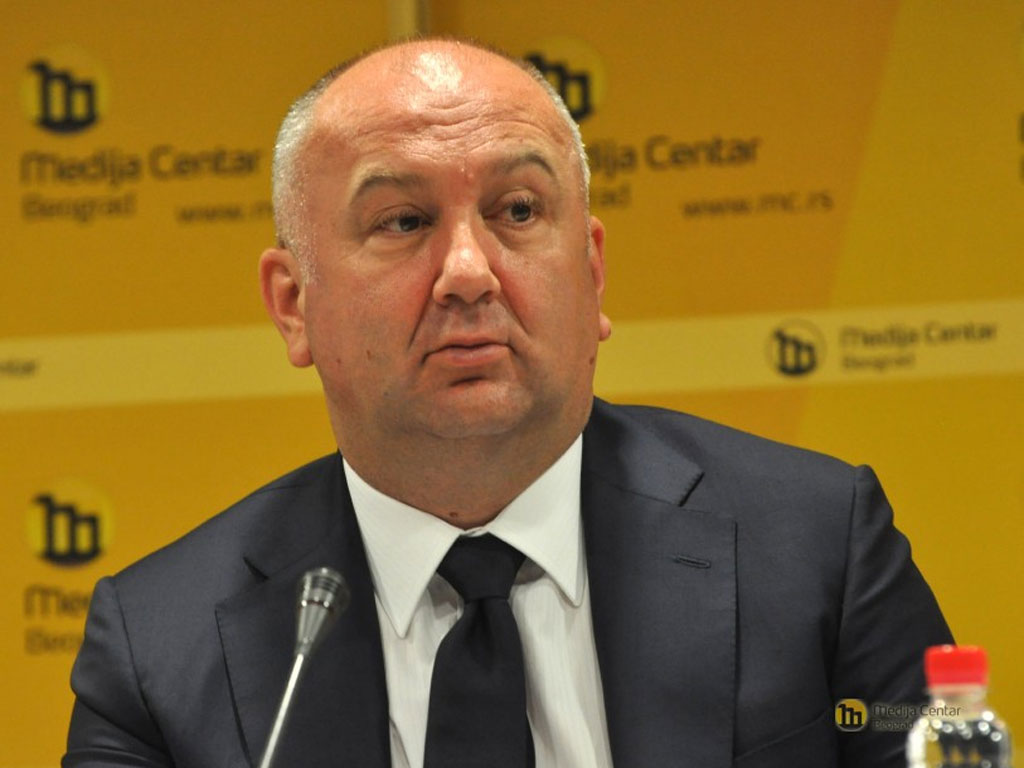 Nenad Popovic (Photo: mc.rs)
The minister without a portfolio in charge of innovations and technological development in the Government of Serbia, Nenad Popovic, is taking part in the Serbia-Slovakia Business Forum together with representatives of companies from the two countries. The forum focuses on digitalization, IT sector and innovations.

Minister Nenad Popovic emphasized that the main goal of his stay there was to have a better business environment provided for Serbian businessmen, as it is them who employ people, raising the standard of living.

He noted that the 100th anniversary of the establishment of the diplomatic relations of Serbia and Slovakia was being celebrated in 2018 and expressed his conviction that the long-term friendly relations of the two countries would reflect on a more intensive cooperation between businessmen in the future.

The minister presented Serbia's economic results to the delegation, emphasizing the real GDP growth of 4.5% compared to the corresponding period a year before, but also the efforts of the government to present the country as a favorable location to invest in.

He told Slovakian businessmen that Serbia had the largest inflow of foreign investments in the region and pointed to the benefits of investing in Serbia, sending out the message that the Serbian government is ready to support the arrival of Slovakian investments to the country, especially to the most developed areas.

Popovic proposed at the forum for the two countries to work on a joint program that would enable a part of Slovakian production to be completed in Serbia.

– Business premises, construction and agricultural land, salaries, electrical energy and income tax make Serbia suitable for all investors. We are also connected by the Danube, which can further decrease the expenses of the transport of large cargo – he said.

On the margins of the forum, the minister held a bilateral meeting with Slovakian Minister of Economy Peter Ziga, where they discussed the ways to improve the economic cooperation between the two countries and the possibilities of attracting Slovakian investments to Serbia.

Following the meeting, Popovic said that the trade with Slovakia was close to EUR 600 million, but that the potentials were much bigger.

Ziga said that there were no open issues between the two countries, which enables negotiations and cooperation regarding the IT sector, innovations and business.

He added that energy had been discussed at the meeting as well, keeping in mind that Slovakian businessmen from the field are already present in Serbia.

Minister Popovic also visited the Technology Park Trnava, where he took a tour of the production facilities with engineers and was introduced to the latest technologies, which are to be used in the Slovakian automotive and aviation industries.

The industrial park in Trnava is an EU project and is a part of the Center of Excellence of the Slovakian University, and the EU invested EUR 80 million in its development.

At the technology park, students, together with professors and engineers, perform digital tests on car and aircraft components.

Some of the most important Serbian companies taking part in the forum in Bratislava are Simpo Sik, EnviroTech, PPT Namenska, Gosa...