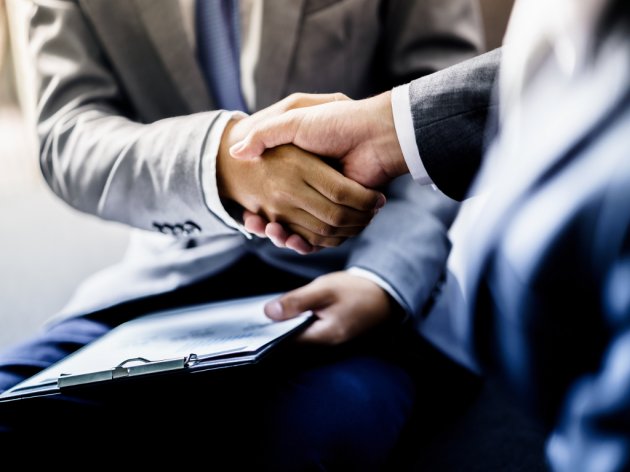 Illustration (Photo: PORTRAIT IMAGES ASIA BY NONWARIT/shutterstock.com)
Public-private partnerships are an ideal way to attract new investments, Serbian Minister of Construction, Transport and Infrastructure Zorana Mihajlovic said at the opening of the First Serbian Conference on PPP and added that negotiations had started with the Chinese company CRBC on the construction of the Fruska Gora corridor through a concession.

According to her, Serbia is now an economically stable country that can afford PPPs, so now is the ideal opportunity for investors to invest in Serbia this way, she says.

– We are starting the talks about the Fruska Gora corridor with CRBC and we are discussing a concession as one of the ways of financing. There's also a great interest in the construction of a railway from the Belgrade Airport to New Belgrade and we are considering a PPP. Also, there's the project of the continuation of the construction of a highway to Montenegro, from Pozega to Boljare – Mihajlovic said.

As she said, memorandums were signed with Chinese partners on the preparation of the project documentation worth EUR 50 million for the section of Corridor 11 and, at the moment, “the government thinks that it's better not to take out a credit for this section, the value of whose construction has been estimated at around EUR 2 billion”.

She also said that Serbia had not been able to take part in more projects of public-private partnerships in the past period, as it had been dedicated to the stabilization of the budget, whereas local self-governments didn't know enough about such projects, but that as many such projects as possible were planned now.

According to her, public-private partnerships are a way for Serbia to become more attractive to investors and to secure enough money to invest in development.

– Serbia is currently realizing a big project, the concession for the Belgrade Nikola Tesla Airport, which will enable an investment of close to EUR 740 million over the next five years. The airport would otherwise take around fifty years to make this kind of investments and that is why this model is better than taking out a loan. An agreement was signed which will enable a solution to the problem of the Vinca landfill in Belgrade – Mihajlovic said.

Situations in which PPP is ideal need to be recognized

Belgrade City Manager Goran Vesic said at the panel on PPP as an efficient model for public infrastructure projects that it was not always the solution for all problems and that it needed to be examined carefully which model of finance to consider.

– We were limited financially when we started with the PPP for the management of the Vinca landfill, but it turned out that we had made the right decision, as the main option had been to take out a loan from a bank. The investment is much bigger now, we've added a plant for recycling construction material and there are no business risk – Vesic said.

As he says, the project initially entailed an investment of EUR 189 million, and now it's worth EUR 333 million. The initial plan was for citizens to pay EUR 20 for waste disposal, and the price will now be far lower and more affordable.

Vesic announced more projects that will be financed through the PPP model, among which is the construction of four garages.

– The amendments to the regulations, adopted by the city administration, allows the Municipal Police to remove cars from the street, so now there's an interest for investors to enter the projects, as garages will be filled. Over 4,000 cars are registered each month in Belgrade, so the question of having enough parking spaces is very important – Vesic said.

Illustration (Photo: chaoss/shutterstock.com)
According to the announcement made by the city manager, Belgrade will also use the PPP model to finance the Nikola Tesla research center, the first facility in the field of culture to be financed using this model. The facility will also feature a representative museum.

There are also plans for the construction of kindergartens, the raising of energy efficiency in buildings, elevator maintenance and investments in public bicycles.

On the other hand, Vesic said, the construction of bridges and the subway in Belgrade will not be financed through PPPs.

PPP model needs to be in service of public interest

According to Dubravka Negre, regional representative of the EIB for the Western Balkans, PPP is an ideal model when there's a public interest in the project.

– If the project is not affordable to the public sector, PPP should not be an option, as the responsibility is on the public sector in the end. If those who use the infrastructure can no longer pay the fee, and the private partner also can't pay the debt, everyone will turn to the state, which will need to settle the debts. This is why we have to ask ourselves whether the market is interested before we start the project, that is, whether we will get offers – Negre said.

She added that the starting point was the economic and the political stability of the country, the degree of the development of the commission, but also good examples from the environment.

– In order for a PPP to be a success, a realistic distribution of risk between the public partner and the private one is also required, she added.