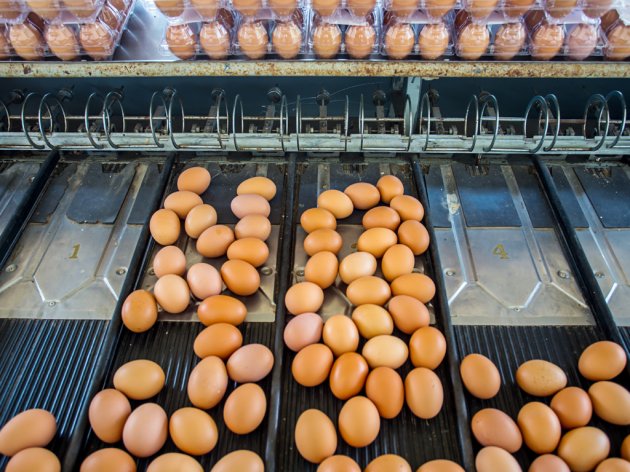 Illustration (Photo: pim pic/shutterstock.com )
Serbia might soon get a green light for the export of eggs and poultry to the European Union, as the country has adopted regulations on salmonella monitoring in animals, which might unblock the exports to the European market, Politika writes.

The poultry sector has been blocked for years over non-harmonized regulations on the monitoring of salmonella in animals, and as Politika learns, regulations in this field have been implemented recently in Serbia and they are harmonized with those in the EU.

– It is now up to the European Commission to say whether it has any objections to the new regulations. We expect that there will be no problems and that we will soon obtain the permit for the export of poultry and eggs to the EU – Miroslav Blagojevic, president of the Group of Producers of Poultry and Eggs at the Chamber of Commerce of Serbia (CCIS), says for Politika.

However, as he points out, it is more important for the country that road transport of meat and eggs across the EU states’ territories should finally be made possible. This will open possibilities for export to more easily accessible third markets such as Moldova, Ukraine and the states of the Middle East.

Blagojevic explained that poultry producers had only been able to send their products to other markets by air, which was very expensive and cost-prohibitive for potential exporters.

– The competition in the European market is big, and we could only count on export in case of potential sudden shortages in their market – he said.

Among other things, the new regulations remove the use of antibiotics in farms, which means that there will be no more treating of the disease in case of salmonella poisoning in poultry. If salmonella occurs in flocks, there will be two options – the destruction of the animals or the treating of the meat and the eggs with high temperatures. However, the state, as Blagojevic says, will not be compensating for the costs thereof. Instead, producers will definitely need to improve bio-security measures at farms.

Companies:
Privredna komora Srbije
EUROPEAN COMMISSION Bruxelles
Tags:
Group of Producers of Poultry and Eggs at the Chamber of Commerce of Serbia
CCIS
European Commission
eggs
production of eggs
poultry
export of poultry to the EU. export of eggs to the EU
salmonella
salmonella in animals
road transport of meat and eggs
Miroslav Blagojevic
Share: