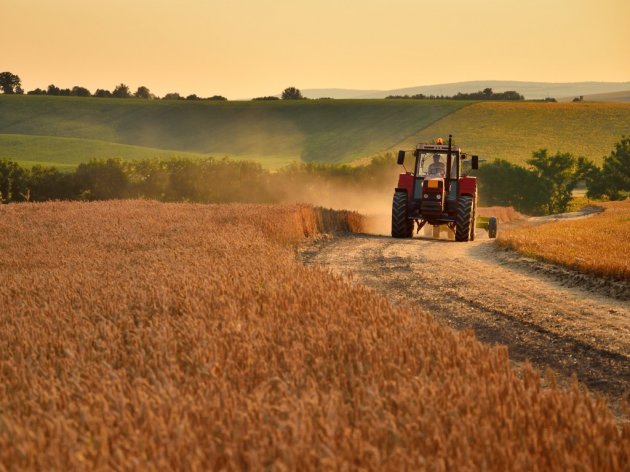 Illustration (Photo: kovop58/shutterstock.com)
Nine prototypes of future IMT tractors which will be produced in Serbia are exhibited at the 85th International Agricultural Fair in Novi Sad.

Kamal Ahuja, deputy director of Tafe for Europe and director of IMT, says for Agroklub that he expects the company to reach the annual production of 5,000 of these tractors in Serbia over the next five years.

He reminds that Tafe bought the IMT brand and the intellectual property, as well as five hectares in Jarkovac, where the former Yugoslav giant produced trailers.

– We are not yet 100% sure whether we will produce tractors in this location. It remains to be seen whether qualified workers will be ready to drive to Jarkovac every day or if we will be forced to raise a factory somewhere closer to Belgrade – Ahuja explains.

– We know that many subcontractors who used to work for IMT no longer exist. The challenge is to revive the network of subcontractors. In the first year, we will produce maybe 1,000 tractors, in the second one, 1,500 to 2,000 and so on. This is a long-term business – Ahuja explains.

He says that small enterprises might provide tires, rims, batteries, seats, steering wheels, filters, oil and lights for IMT tractors, but notes that one should be realistic and that the engine cannot be produced in Serbia.

All these components will make up 50% of the future tractor, he says, which will enable them to enter the Russian market.

The biggest change concerning the new model, which will appear in the Serbian market in early 2019, is the engine, Ahuja says and announces that the tractor will be produced with an Euro 3 A engine, which he says is the standard for tractors below 50 horsepower.

India's Tafe produces 180,000 tractors a year. Of this number, 120,000 are produced under the Massey Ferguson brand, and they also own the Bavarian brand Eicher and produce 60,000 vehicles of this brand each year.

– We didn't enter the market in order to produce tractors for Serbia alone. This will only be true in the first round. In the second round, we will encompass the former Yugoslavia, and in the third round, we will include Bulgaria, Hungary, Romania and we will possibly export to Asia as well – Ahuja told Agroklub.
Companies:
IMT d.o.o. Beograd
Tags:
Tafe
International Agricultural Fair in Novi Sad
Kamal Ahuja
IMT tractor
Jarkovac
Massey Ferguson
new IMT tractor prototype
Eicher
Share: