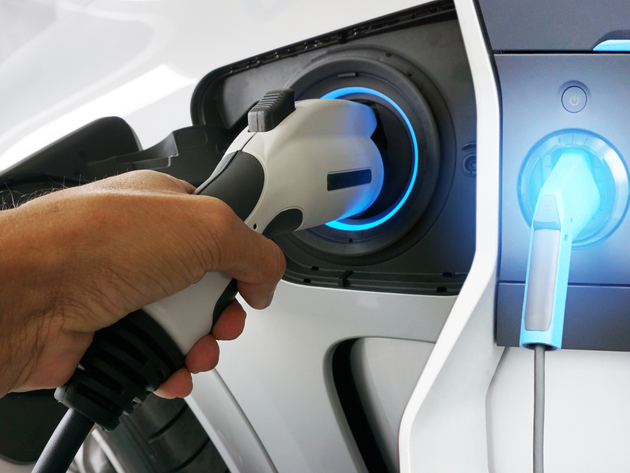 (Photo: Smile Fight/shutterstock.com)
Imagine driving a car that is powered by the road you`re on. Yes you read that right. It`s still a fantasy in Serbia but if go to Stockholm we could feel it through our car wheels -provided they run on electricity. A road which charges electric cars` batteries was recently opened in Sweden, near the Stockholm airport Arland.

The system on this approx. 2 km -long road which was built by the eRoadArland consortium transfers energy to the car through the rail track in the middle of the road. The part of the rail which is 50 m in lenght is entirely electrified and serves as a car battery charger. At the bottom side of the car there`s a movable handle which automatically detects the proximity of the charging rail and starts ascending towards it as the car approaches the rail.

Let us remind that PE Roads of Serbia partnered with Ministry of construction, transport and infrastructure and in a pilot project from 2017 already installed 5 car chargers on the toll stations Presevo, Sid, Dimitrovgrad, Subotica jug and Bubanj Potok near Belgrade. There are also several chargers located in Belgrade and Novi Sad.

Roads of Serbia told eKapija that the installed chargers are among the most up-to-date devices of their kind and they can be used on any car brand from the world. The devices have three plug-ins, namely two for faster DC charge and one for the AC charge.

- Charging takes up to 30 mins and the service is currently free for everyone.

Since this pilot project lived up to its reputation, that the great number of transit vehicles that pass through Serbia uses it, Roads of Serbia are preparing a new public tender for the installation of additional 10 chargers on 10 attractive locations along the main motorways. The ministry in charge has confirmed this information for our site.

However the locations for this latest project have not yet been specified.

By the time this report was done we didn`t-t manage to receive any official data from the Ministry of Internal Affairs about the number of registered electric vehicles in Serbia and the information from the Ministry from July last year shows 128 registered vehicles, 90 in Belgrade only. 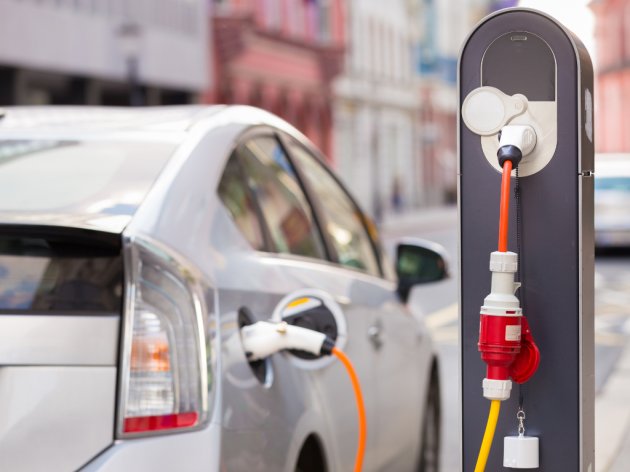 (Photo: Matej Kastelic/shutterstock.com)
Considering the low number of domestic electric cars, one can mostly encounter electrical vehicles in transit on Serbian roads, meaning the ones that pass through our country traveling from one end of the of the continent to the other so putting the chargers on highway toll booths seems logical.

However, the current number of chargers and charging speed do not meet the standards that these vehicles demand, Zeljko Despotovic from the Mihajlo Pupin Institute said.

- Electric cars in Serbia mostly use motorways and the sections of the Beograd - Nis highway should have at least 15 chargers. The number of chargers should in fact be equal to the number of gas stations. Of course, it all depends how many electric vehicles there are. These cars can travel for about 150 -200 km before the battery needs to be charged again so this should be taken into consideration when planning on how they should be spread out, said Despotovic.

As Serbia approaches the EU membership, where using electric vehicles that cost about EUR 30,000 is becoming more and more popular, they will undoubtedly became a standard for our country too so investing in infrastructure on the whole not just along main roads will be of utmost importance.

There is no exact record in Serbia of the number of charges per installed charger for now, because their use hasn`t yet been commercialized, Roads of Serbia explains for our site, You can ,however, check the location model and the availability of chargers in Serbia using Plug Surfing and Plug Share mobile applications.

The focus is on fast charging

With the rise in car charging devices, the installation of faster chargers is absolutely necessary for Serbia, says professor Despotovic, who studies the topic together with the students of the Faculty of Applied Robotics and Computer Sciences and The Faculty of Electrical Engineering.

- The battery shouldn't take a whole hour to charge since that would create jams on the charging stations; Rechargeable battery must take 15-20 at most to charge. In such short interval shouldn't leave you with small power capacity so the solution is to take more power from the network these chargers are attached to. For a 15 min charge should take 300 kW. Power transformer stations lack that capacity so we should build new ones not just beside toll booths but on any part of the road, he says.

We couldn't get an answer from the Ministry in charge about the planned costs for the future charger installation or whether the finances have been secured for the project. According to Despotovic, 15 - minute charger price is between EUR 150,000 and 200,000 while 100 k w power stations that are already set up in Serbia and that charge the vehicles for about 30 to 45 minutes cost between EUR 35,000 and 40,000. 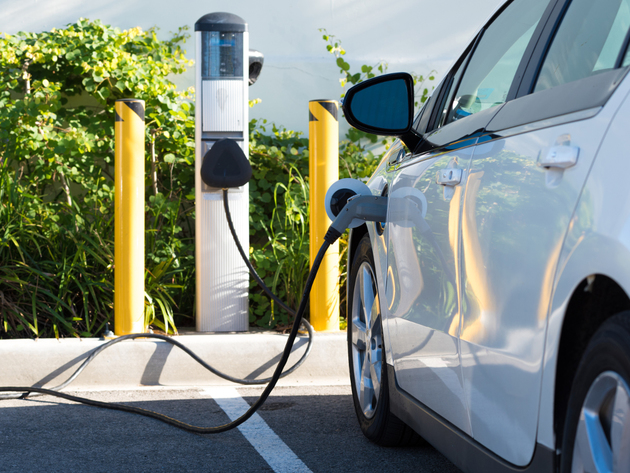 (Photo: Mike Flippo/shutterstock.com)
He emphasises once more that every station for charging has great power.

- So, in order for the network to develop further first you need to build power stations connect them to high-voltage network and then to chargers. We are then talking about two investments - for power stations and for the chargers, Despotovic explains.

While EU countries give tax exemptions for electric car purchases, Serbia doesn't-t give subventions and the registration procedure is complicated too. Countries in the region have subvention programs too. For instance Croatian Environmental Protection and Energy Efficiency Fund has recently called its citizens to apply for incentives for the purchase of electric vehicles. Applications ended the very next day due to sufficient number of requests within the allocated funds up to EUR 1,62 million (HNK 12 million). Subsidies for citizens go from EUR 670 (HNK 5,000) up to 10,700 (HNK 80,000).

The corresponding infrastructure development is in progress concurrent with the greater number of electric vehicles on Croatian roads. Croatian Telekom and Romanian company Renovatio are working on a project within which 69 stations featuring fast electric car chargers and should be installed in both countries, and of that number 23 stations would be in Romania.

At the end of 2017 there was a possibility for progress when it comes to subsidies for this area when the Serbian Government announced forming a working group for this purpose and announced a case study with the optimal solution proposal by the end of 2019.

By the way, introducing such subsidies is one of the 13 measures defined by the Energy Development Strategy of the Republic of Serbia by 2025 with projections up to 2030 in order to fulfill the goals set in the sector of renewable energy sources.

Besides the lack of subsidies, the procedure involving electric car imports into Serbia is complicated too. If the driver wanted to import a new electric vehicle in to Serbia they will have to procure homologation documents from the manufacturer and to use it to ask for a confirmation about the same from the Road Traffic Safety Agency.

Considering the circumstances, the lack of subsidies and corresponding infrastructure as well as the standard of living, professor Despotovic thinks that hybrid vehicles are a reality for Serbia. Such vehicles use mechanical drive on severe acclivities and electric drive on straight routes, which demands less power. Another advantage of hybrid vehicles is that while using mechanical drive they can also recharge the battery.