Happy people who fear no failure - What lies behind the prosperity of Finland and its citizens?

Helsinki
Frost-bitten fingers and seagulls` cry will remain the first association to the April visit to Helsinki. While during the first days of May temperature in Belgrade can even reach July averages in Celsius, in Finland this time of year you have to wrap yourself in your wool scarves and hide your hands deep in your pockets. From our point of view the weather resembles the one in November but that fact can`t stop the people of the officially happiest country in the world to talk enthusiastically about Spring.

There are a lot of things our own `Serbian mentality` cannot comprehend about Finnish being the happiest nation. Aside from the harsh weather conditions here there`s no `noise` or Balkan audacity we are used to. To our understanding Finns are reserved. They are also prone to depression, and after 10 pm, when the Serbian capital starts to come alive, in the streets of Helsinki you won`t encounter many people.

This is a country where flouting the law does not pay off - the reports of people`s incomes are made public every year so even your neighbour can check your finances, while 80% of citizens points out that they would gladly pay their taxes.

What might not be clear right away is that this kind of transparent system is efficient and yields concrete results, namely the absence of discrimination, equality for all, highly valued school system, quality social and health care, predictability of trade.
In every and especially business communication with the Finns there is always an element of trust and truthfulness present.

The World Happiness Report produced by the United Nations shows that Finland has risen to the top of the list jumping five places compared to the previous year. Serbia is ranked 78th on the list. Measurements used to assess the happiness in a country include GDP per capita, social support, healthy life expectancy, and freedom to make life choices, generosity and absence of corruption. 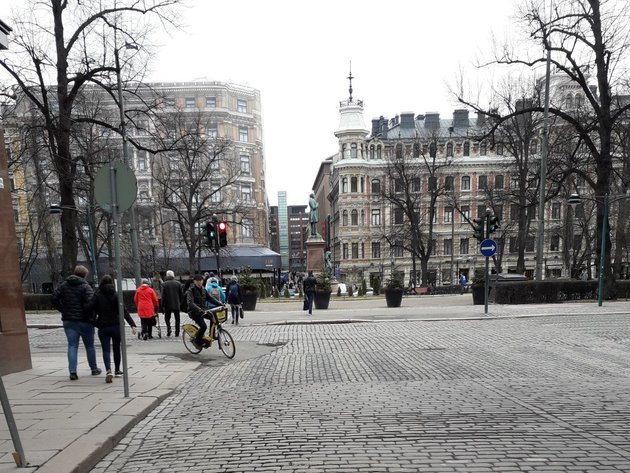 Streets of Helsinki (Photo: Ivana Bezarević)
And if you ask the Finns what makes them the happiest people on the world they will respond similarly.

- When I look back at my life, I realize all these years I felt secure - says a middle-aged employee in a small café on the popular Suomenlinna Island

- We read in the papers about a lot of bad stuff that happens here, but despite that people feel safe.

The best education system in the world helps every individual to contribute to society. Education in Finland is free for all. Children are taught that everyone is equal and should be their on person. Personal initiative and innovations are greatly valued. So it's not a big surprise that Finland is among top three start-up countries. The change in attitude towards failure - from negativity to learning experiences turned the whole nation, especially young people, towards entrepreneurship.

Every November in the last several years Finland has been a 'sanctuary' for more than 2,000 startups from the whole world. Slush conference, which grew out of student circles in Helsinki, gathers more than 15,000 entrepreneurs and investors, giving a chance to young Finns to connect to the world. The state itself offers financial support for up-and-coming original startups.

Entrepreneur initiatives culminated ten years ago, says Pirkka Sippola from Startup Sauna, one of the most successful early acceleration programmes in Northern Europe started by the students of Aalta University. In order to combat cruel environmental conditions and limited resources Finns had long ago realized that they need to change their pattern of thinking and maintain a high level. The economy, which has for a long while relied on vast forest areas made electronics and IT one of its most important industry branches.

- We have a good backup system for startups, which you can rarely see elsewhere, Sippola points out.

- If, for instance, you start your own company in the USA and the business fails to develop, it can be a huge blow. In our country the risks are minimal so if you don't succeed from the get-go, it won't destroy your life. On the contrary, it will encourage you to find your ambition and if you really commit to the idea, the system will back you up. 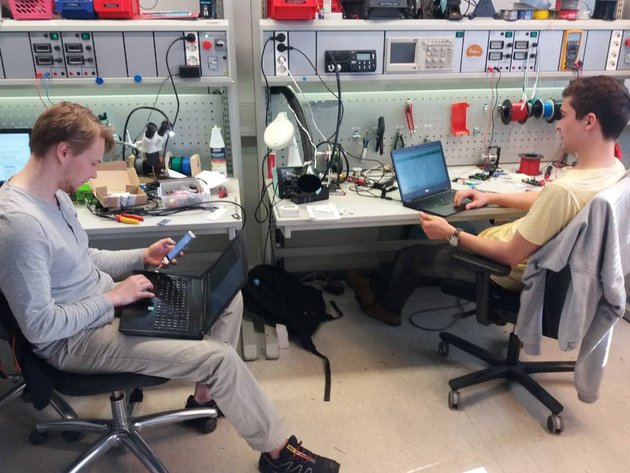 Young entrepreneurs in Aalto University Design Factory search for concrete economic solutions (Photo: Ivana Bezarević)
This way of thinking made Finland a tech giant and the source of innovation with global influence. Business Finland agency states that 'innovation is in the Finnish DNA' and that they're the leading country in the connection speed and mobile data transfer whereas the competence exceeded the traditional production so the local companies found numerous smart technologies for tracking and optimizing energy flow.

Aside for Nokia, Finland is known also for Linux operating system and a country of origin for SMS, heart monitors, and popular computer games such as Angry Birds and Clash of Clanes, which is an ever-growing industry. Lest we forget, Finland was the first country to denounce fast internet as a basic human right.

It makes one wonder - if Finland ,which got its independence some 100 years ago in a far away land with harsh weather and fought its way to the top when it comes to organized society, technological progress, innovation, independent justice system, stable business and affluence -why can't Serbia do the same?

Trams number 7, 2, 19 and buses number 65, 76, 16 cruise both the streets of Helsinki and Belgrade. Both city capitals are on the waterfront. Helsinki is recognized for its Senate Square, Rock Church, Sibelius Monument dedicated to the famous composer located in the park of the same name and also for its Ferris wheel near the Old Market Hall. Belgrade is reportedly to get one too. 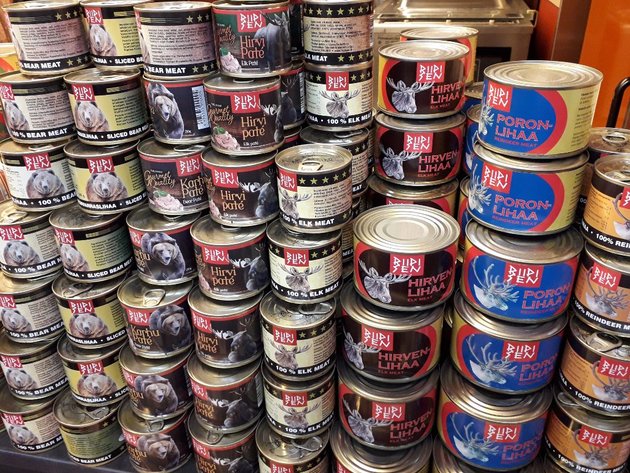 Finnish 'souvenir' - 100% pure bear and moose meat (Photo: Ivana Bezarević)
Unlike Serbia, you won't come back from Finland with a local wine or some other local produce such as Serbian 'red gold', which we are known for. You'd be able to find quality sweets with Made in Finland logo and for more exotic stuff there's bear and moose meat. These are by no means their strongest export sources because this Nordic country mainly exports various machines, computers, technology, paper, vehicles, iron, steel and wood.

You'll leave Finland with the impression that changing how you think about your abilities, mutual support, personal initiative, and improving the quality of life through digitalization can put out incredible products and services and that we are yet to see what the far north has to offer.

However, we shouldn't rush to make comparisons between 'us' and 'them'. But no matter what we personally think about happiness we could look up to the happiest people in the world when it comes to discipline, commitment, believing in and making it for yourself.

In the upcoming days follow the stories on eKapija about the education system in Finland and the ways in which Serbia could learn from this country experience in modernizing the system of education that encourages entrepreneurship and economy based on knowledge.