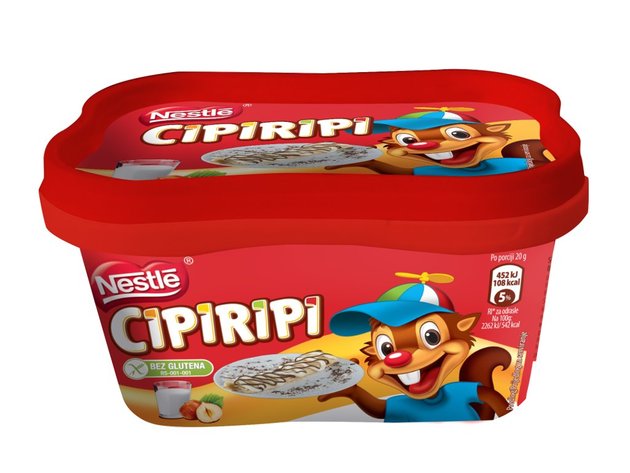 As part of a continuous revision of its portfolio, Nestle announced the signing of an agreement on the sale of local confectionery brand Cipiripi to Paracinka a.d, member of the distribution group Silbo. It is expected that the transaction, which includes the Cipiripi chocolate bars and creams, will take place at the end of the second quarter in 2018, following the obtaining of the usual authorizations, Nestle announced.

As said, the transaction will not affect the jobs at Nestle Adriatic.

– Cipiripi has a long and rich history, with over 27 years of presence in Serbia. In Paracinka, a member of the Silbo distribution group, we have found an exceptional home for our Cipiripi confectionery brand, in which it will further progress. At the same time, this allows Nestle to focus on its globally recognized confectionary brands Kit Kat, Lion, Smarties and After Eight, in which we plan a strong future growth – the managing director of Nestle Adriatic, Yana Mikhailova, said.

Nestle has been operating in Serbia for 25 years, has a factory in Surcin and employs 547 people, the press release reminds.

A.D. Paracinka was founded in 1924 as a small workshop called Braten and produced Turkish delight, jelly and candy, and in the 1970s, they started producing several varieties of chewing gum.

Since September 5, 2011, Silbo d.o.o. Beograd has been the majority owner of A.D. Paracinka Paracin, having acquired an 80% stake. Paracinka owns 33.58% of chocolate manufacturer A.D. Cokolend from Paracin, says the Silbo website.

More information about the financial results of this distribution group can be found HERE.