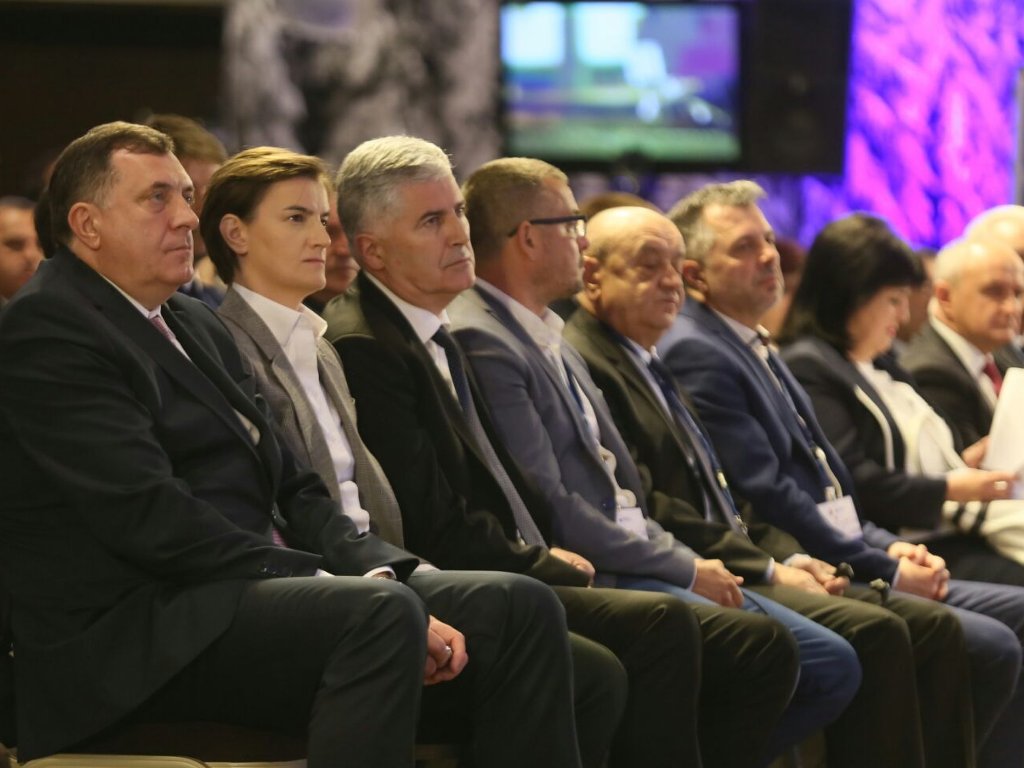 She pointed out that EU membership was not a goal in itself, but that the reforms carried out in the process of European integration, which lead towards a transformation into a modern, developed society, were crucial, as reported on the government’s website.

– Serbia is dedicated to the strengthening and the enhancement of economic cooperation in the Western Balkans, as a strong economy is a key to a strong and successful region – Brnabic said.

The previous year, as she said, set a record in the merchandise trade between Serbia and B&H, reaching the amount of EUR 1.7 billion.

– The country’s economic progress depends on the resolve and the capability of the government to carry out essential reforms, and the Government of Serbia has shown both resolve and responsibility towards its citizens – the prime minister pointed out and said that the GDP growth in the first quarter of 2018 amounted to 4.5%, considerably more than the projected growth of 3.9%, and added that this was the result of the reforms started by the previous government and continued by the current one.

Brnabic reminded of the estimate from the report of the European Commission, which emphasizes the constructive role of Serbia when it comes to regional cooperation and relations in the region.

Dodik emphasized that the economies of the countries of the region were not self-sufficient and that he fully supported the idea of the customs union, the organizers announced.

– Regional development is the sine qua non of all our relations and if we don’t secure equal development all together, our economies will not progress either – Dodik said and added that the region needed to stop being a place where young people are educated, in which the states invest a lot of money, only to leave and make a contribution somewhere else.

During the two-day forum, the participants will discuss various subjects in 17 different sessions, such as regional infrastructural projects, workforce as a resource everybody lacks, the removal of non-customs barriers, the fight against the grey economy, tourism as an opportunity for the region, efficient e-government and new energy projects in the region.