Proposition of amendments to Law on Strike completed 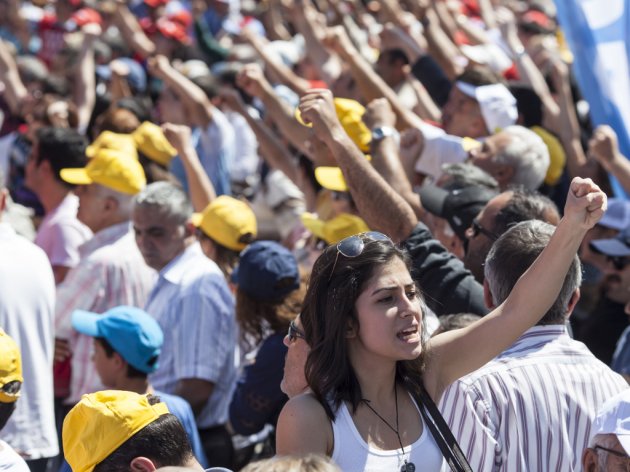 Illustration (Photo: Sinan Niyazi KUTSAL/shutterstock.com)
The work on the amendments to the Law on Strike is completed and the Ministry of Labor, Employment, Veteran and Social Policy has put the proposition up for public debate, Minister Zoran Djordjevic said on April 23.

At the 77th regular session of the Social-Economic Council, Djordjevic pointed out that the new Law on Strike would regulate the field in an entirely different and more efficient way and that, following the public debate, the work group would be formed again, which will take into consideration all complaints or suggestions put forward during the public debate.

– We believe that certain differences of opinion will be resolved and that Serbia would get a modern law the kind of which it certainly deserves – the minister emphasized.

He reminded that Serbia had had the Law on Strike in effect since 1996 and that the amendments had been considered since 2003, but that “none of it went further than a suggestion”.

Djordjevic added that he expected trade unions and employers to take part in the discussion about the proposition of the amendments to the law, “as the goal is to have a quality law”.

He also said that the Government had reached the solution on the formation of the Board of Representation at the said session, which is to start operating this week.

It was also said at the session that Ljubisav Orbovic was no longer the chairman of the Social-Economic Council and that he was to be succeeded in this position by the president of the Serbian Association of Employers, Milos Nenezic, within the next year.

– When it comes to the operations of the Social-Economic Council in the next year, we all have a common task – trade unions are looking for workers to have optimal working conditions, companies are looking to achieve optimal results, and the Government of the Republic of Serbia wants to improve the economic environment – Nenezic said.
Companies:
Ministarstvo rada, zapošljavanja, boračkih i socijalnih pitanja Republike Srbije
Unija poslodavaca Srbije
Socijalno-ekonomski savet Republike Srbije Beograd
Tags:
Law on Strike
Social Economic Council
amendments to the Law on Strike
Zoran Djordjevic
strike
workers rights
rights of workers
Ljubisav Orbovic
Milos Nenezic
new Law on Strike
Share: