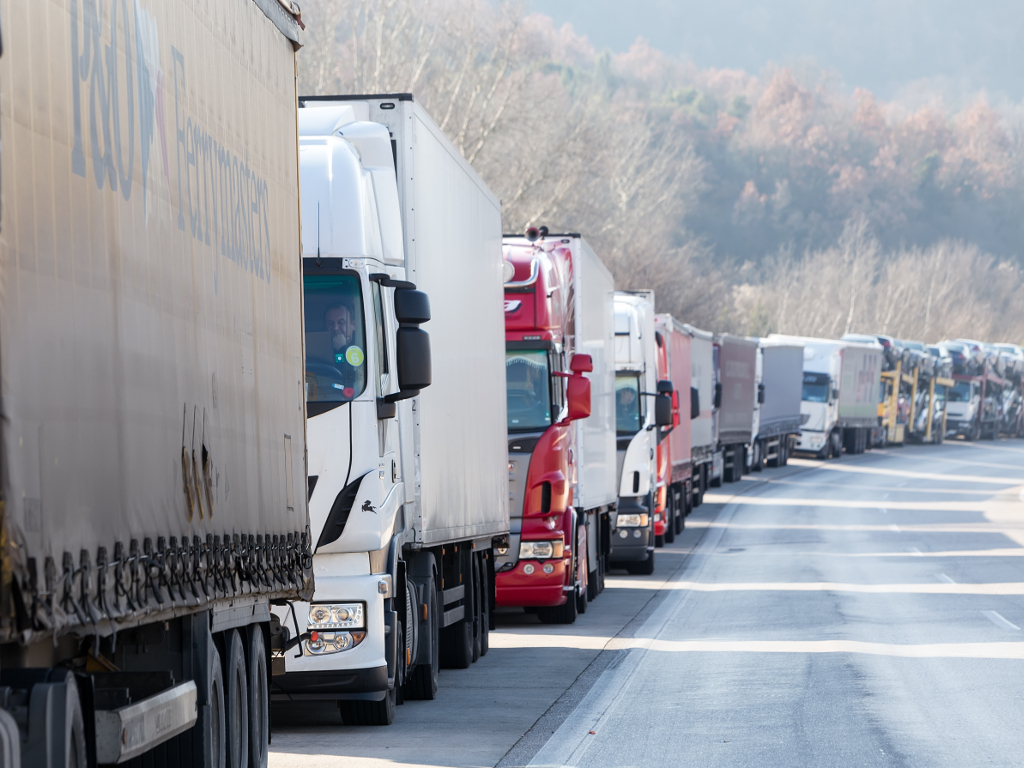 Illustration (Photo: Ververidis Vasilis/shutterstock.com )
Back in December 2006, Serbia signed the CEFTA agreement in Bucharest, whereby customs duties in the trade in the region were abolished. However, that there are still problems in practice, despite the fact that the trade was liberalized 12 years ago, is shown by the fact that trucks full of goods being held at the border are a frequent occurrence.

– It makes no sense that it is only here that you can see rows of trucks on the borders, stretching back for kilometers. This is why the World Bank is preparing a regional project which should facilitate trade in the territory of the Balkans – said Lazar Sestovic, Senior Economist at the World Bank.

The project should be authorized this summer, and Serbia, Macedonia and Albania have expressed preliminary interest in its implementation so far.

That the CEFTA has improved trade in the region and increased the export was recently stated by Serbian Minister of Trade, Tourism and Telecommunications Rasim Ljajic. However, trucks still wait for seven to 48 hours at border crossings, whereas trucks in Georgia spend seven minutes at the border, the minister reminded.

– We lose 26 million hours a year due to the fact that trucks carrying goods are kept at the border, as shown by the IMF's data – the minister said.

Around EUR 800 is paid for various services at border crossings, whether they are justified or not, which amounts to 1% of the GDP of the countries of the region, Ljajic added.

According to the data of the Chamber of Commerce of Serbia, the country increased the foreign trade with all the countries in the region in 2017. The biggest growth, by as much as 41%, was realized in the trade with Bulgaria.

The latest data show that, at the end of 2017, the foreign trade between Serbia and Bulgaria exceeded the amount of EUR 1 billion. The export of Serbia to this country rose by over 50%, whereas the import grew by 28% compared to a year before. This means that, in two years, the trade between the two countries nearly doubled, as Serbia and Bulgaria had only a modest trade at the end of 2015. According to the data of the CCIS, it amounted to EUR 562 million at the time and it was one of the worst results in the region. At the time, only Romania and Albania had lower trade with Serbia, at EUR 206 million and EUR 120 million respectively.

Still, of all the countries in Serbia's neighborhood, the country realizes the biggest trade with Bosnia and Herzegovina. CCIS data show that the two countries' total trade reached EUR 1.7 billion at the end of 2017. However, the import grew by 28.8%, whereas the export of Serbia to B&H rose by only 8%.

The CCIS estimates that this country of the region is also Serbia's biggest trade partner in the CEFTA area as well. Serbia realizes 44% of the total trade with all CEFTA countries with B&H.

At the Mostar Fair 2018, Serbian President Aleksandar Vucic once again presented his old idea about the establishment of a regional customs union.