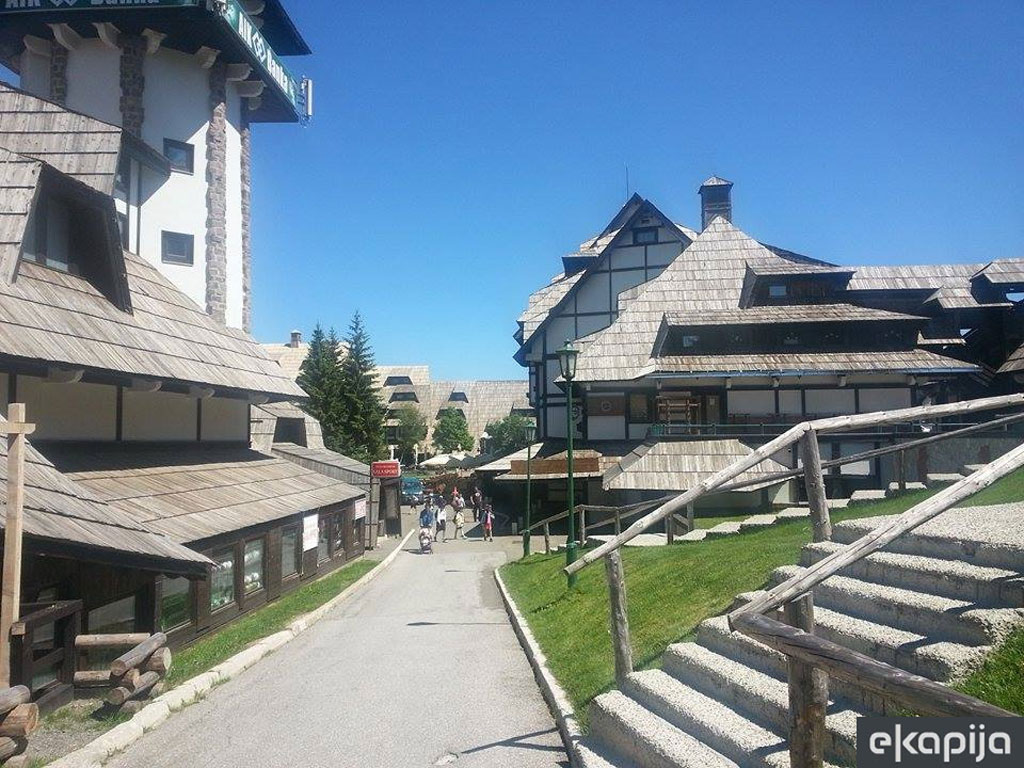 Kopaonik (Photo: Jelena Đelić)
A hospitality facility on Kopaonik raised without a permit is to be demolished, Serbian Prime Minister Ana Brnabic announced recently. According to the Ministry of Construction, Transport and Infrastructure, no request for a single permit has been filed for this facility, only the legalization request, which has been denied.

It is not yet known who is responsible for the fact that the said facility was raised despite the lack of a building permit.

The facility on Kopaonik, which has caused a lot of controversy in the public, is only one in the line of illegal facilities springing up at the national parks of Serbia. According to the data we've received from the Ministry of Construction, of the 14 facilities the construction of which started in 2017 and 2018 at the five national parks in the territory of Serbia, the building permit has been issued for only six of them.

Illegal construction, then, is one of the biggest problems faced by the national parks Kopaonik, Fruska Gora, Djerdap, Tara and Sar Planina.

As the ministry says, they issued four building permits in 2017 and 2018 for facilities in the territory of the Kopaonik National Park – for two residential-office facilities, the extension of the ski lift system and the artificial snow pipeline system. They don't present the data on the permits issued for other national parks.

However, the PE Kopaonik National Park (NPK), which runs the area, points to the problem of excessive and illegal construction on the mountain. As they explain, when preparing the NPK Special Purpose Spatial Plan and detailed regulation plans, as well as plans for the mounting of temporary facilities, they pointed to all the accompanying problems of the construction of tourist centers and subcenters in the park's area.

– The biggest environmental problems at NPK are unresolved utility infrastructure, lack of waste water treatments, lack of parking space, the excessive pressure of the construction of new tourist facilities and mini hydro power plants on waterways at NPK, as well as the exceeding of the capacities of the natural environment in certain segments of NPK (utility infrastructure not matching the needs of the tourist center).

As they explain, although investors are obliged to file a copy of the building permit to them, they often fail to do so, which means that there are no exact data on the number of facilities built in the past two years.

The number of illegal facilities built in the areas of all national parks is not known either. In its response to eKapija, the Ministry of Construction says that local building inspection services are still assembling the lists. 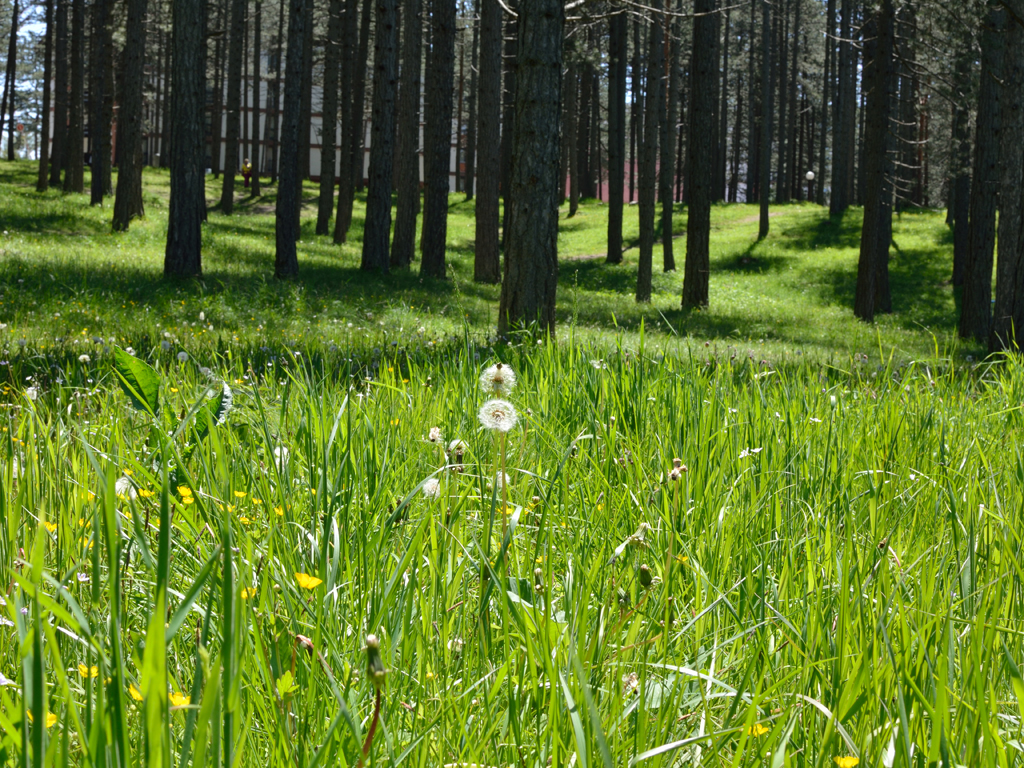 (Photo: bane.m/shutterstock.com)
The inspection service, they explain, prepares a supervision plan at the beginning of each year. Regular inspections are carried out based on the notice of construction works and the issued building permits and the notice of the completion of the foundations or other structures of the facility. Extraordinary inspection is performed based on reports by managers or other parties.

In addition to the ministry's inspection service, the supervision is also performed by the competent inspectors of the Ministry of Environmental Protection. As we were told at the ministry, in the past period, they have detected a range of violations and inconsistencies in the implementation of adopted spatial and urban plans and regulations in the process of obtaining the documentation for construction at national parks. Furthermore, they add, the hierarchy and the professional logic in the schedule of plan adoption, defined by law, is not fully honored either.

Violation of both nature and law

The five national parks in Serbia take up around 150,000 hectares. Most of those areas are state-owned, and illegal construction, as the key problem, causes a range of other problems as well. In addition to endangering natural and cultural values and the quality of the environment in the protected areas, it also makes it difficult to secure utility functions such as water supply, sewer, electricity, waste collection and others. Also, as the Ministry of Environmental Protection says, the damage done to the nature due to the carelessness of investors is ruining the system of environmental protection.

One of the key problems in all protected areas, including national parks, is the violation of law and internal order rules, the ministry believes, and they highlight the lack of financial funds for management as one of the burning issues.

– Such phenomena reflect on the state of the ecosystem on the whole, especially in humid areas. The consequences include the drying of the forests and an increased risk of fires and the reduction of biological diversity. Thanks to a quick reaction and the implementation of the latest methods of forest protection, such as the pheromone trap, we have managed to stop the expansion of the drying of the forests and prevent larger consequences from affecting the most significant ecosystems on Tara – the company says and adds that another big problem is the lack of utility infrastructure for waste waters and waste disposal in populated zones.

Tara (Photo: Aleksandar Parezanović)
They add that a constant increase in the number of tourists, events involving motor vehicles, races and similar events can also be problematic.

Proper management, protection and maintenance of national parks and the addressing of the said problems require a better cooperation between the competent parties, but also larger funds, the construction of the necessary utility infrastructure and a careful approach to nature, our interviewees agree.

– Nature is of general interest for the Republic of Serbia and it is specially protected in line with the law, but it is often violated and is very hard to protect. Everybody needs to understand that nature, and especially its protected areas, as its most valuable part, which therefore deserves special protection, shouldn't only be protected by the managers it has been put in charge of, but by all citizens – the Ministry of Environmental Protection says.

These companies adopt ten-year management plans, which feature measures, bans and limits on works and activities in line with the adopted protection regimes. All legal persons, entrepreneurs and natural persons oblige to adhere to the provisions of the plan in carrying out activities and works at the national park.

– Public companies that manage national parks, inspection organs and courts implement measures within their competence, but the end result of these activities is very modest and ineffective. The attractiveness of protected areas for the construction of individual facilities for rest and recreation and commercial investments in the construction of tourist and hospitality facilities, as well as other facilities, combined with the lack of urban plans, slow and expensive procedures of securing construction documentation and the lack of timely and efficient sanctions for activities and works in violation of the law are the main reasons for the problems that national parks face – the Ministry of Environmental Protection says for our portal.