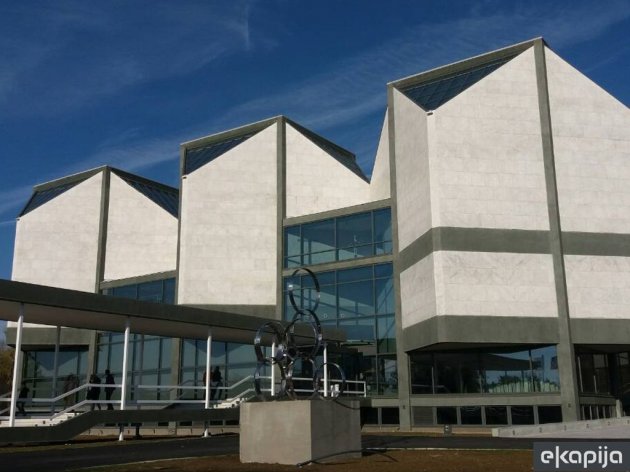 The jury, headed by Snezana Ristic, and featuring Branko Belacevic, Ruzica Bogdanovic, Predrag Milutinovic and Veljko Radulovic, agreed that the works applied (a total of 180 of them, with 75 shortlisted for awards in seven categories) were on the whole of higher quality than those in the past years.

The award in the “Architecture” category went to Milan and Vladimir Lojanica for the Business-Commercial and Hotel Center Rajiceva. Branislav Mitrovic, Sinisa Tatalovic and co-author Ognjen Krasni were awarded for Hotel Kondo in Kamenovo (Montenegro) in the category “Salon's Guests – Foreign Work”, whereas the award for interior design went to Bojana Markovic and David Bilobrk for the “4 Countries 1 Language” work.

Acknowledgments were awarded to Dejan Miljkovic and Jovan Mitrovic (residential building in the Tetovska Street in Belgrade) for architecture and to Aleksandar Rodic (Finovino enotheque) and Studio Unknown (Jovana Miletic, Miloje Krunic and Marko Vukovic) for KM21 for interior design. Due to an increasing number of alternative, non-typical practices and initiatives as a result of the increasingly unstable position of architecture in Serbia and abroad, the jury proposed for a new category to be introduced to the Salon – activism in architecture.