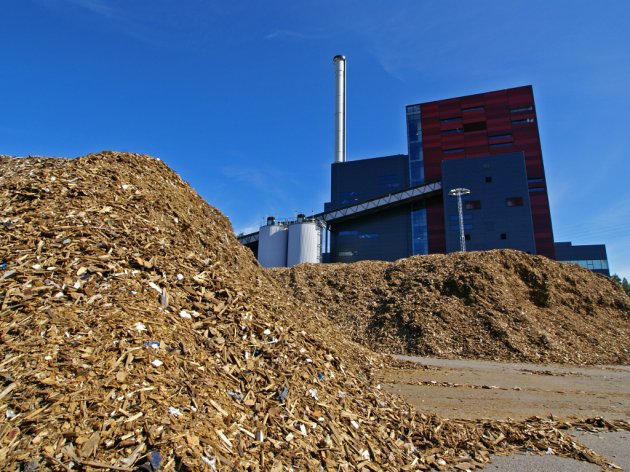 Illustration (Photo: nostal6ie/shutterstock.com)
The state is negotiating with the German development bank KfW about the second drawdown of the loan which would finance the switching of another 30 Serbian heating plants from traditional fossil fuels to biomass.

Ten heating plants in Serbia will use biomass beginning with the next heating season, and the funds for this have already been secured thanks to the help of the Swiss state and the German Society for International Cooperation (GIZ).

This is the first phase of the project “Development of a Sustainable Bioenergy Market in Serbia”, worth EUR 27 million, of which the KfW loan amounts to EUR 20 million, whereas EUR 2 million comes in the form of the bank's grant, and EUR 5 million is provided by the Swiss government.

The expert consultant in the project, Rainer Schellhaas of GIZ, explains for Tanjug that “a big environmental movement” of switching to renewable sources of energy is ongoing in Serbia and that the second phase of the financing of this project is being prepared.

– Serbian ministries and KfW are negotiating and considering a second drawdown, which will be much larger. This is a project that will most probably include another 20 to 30 heating plants in Serbia. There are also efforts to have public buildings, schools, kindergartens and hospitals in 20 municipalities switch to biomass – Schellhaas says.

At the moment, he explains, nine municipalities in Serbia are preparing technical documentation. The heating plant in the municipality of Priboj will be the first one to switch to biomass and it will be followed by Bajina Basta.

Once the technical requirements are met, Novi Pazar, Nova Varos, Prijepolje, Mali Zvornik, Majdanpek, Kladovo and Valjevo will also get cleaner air, and several institutions in Becej will use geothermal energy for heating.

Most heating plants in Serbia operate with losses, which are covered from municipal budgets, so the switch to biomass will be beneficial to all, Schellhaas estimates.

– Heating plants don't profit from their work at the moment. Most of them are provided with money from municipal budgets, and that money belongs to all citizens – Schelllhaas notes and explains that savings are not the only effect of this project, as the biomass procured for heating plants comes from Serbia, so the money paid for it remains in the country.

The deputy president of the municipality of Priboj and the president of the Work Group for Biomass of the Zlatibor Area, Sasa Vasilic, says that Priboj started replacing traditional fossil fuels with wood pellets in 2014 together with GIZ.

– This lead to the establishment of the wood pellet-fueled furnace in Priboj, which provides heating for four public facilities, a school, a kindergarten, a cultural center and the municipal administration building – Vasilic says.

He says that the benefits of switching to biomass have been apparent since 2016, as the air in the town center of Priboj is clearer, he points out. The new heating facility in this municipality, he announces, should start operating in mid-October, and the plan is for it to heat five public facilities.

As Vasilic says, the municipality sets aside a million euros for mazut for the operations of the town heating plant each year, and the expenses following the construction of the new woodchip-fueled heating facility will be reduced to 500,000 to 600,000 euros.