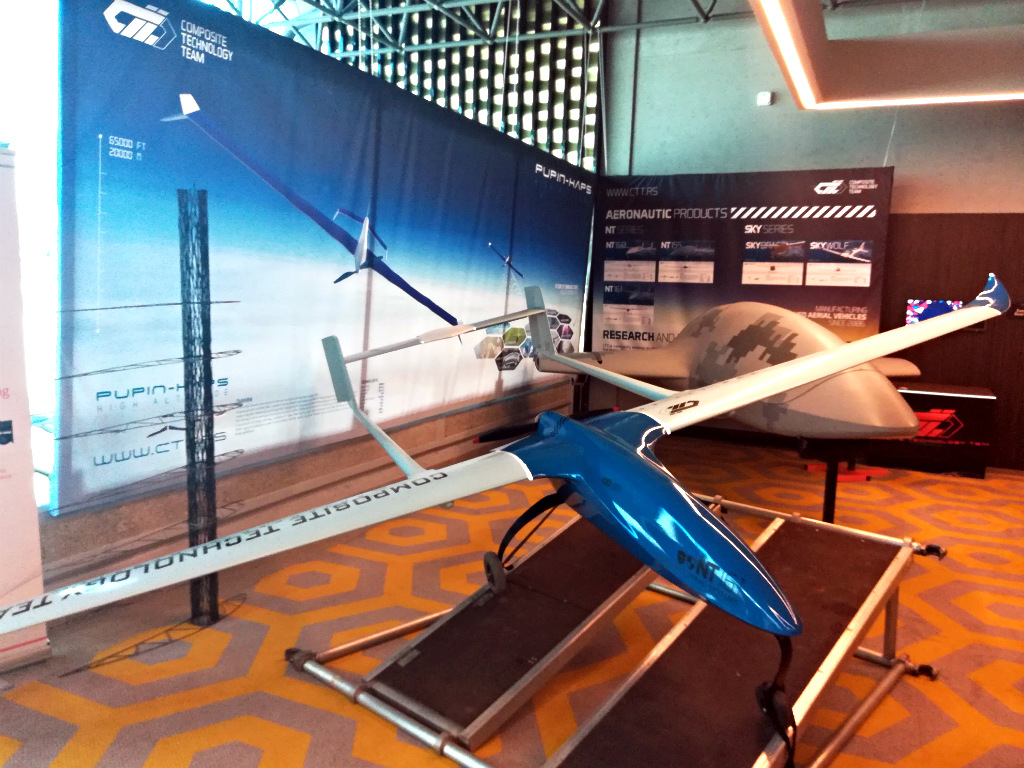 Composite Technology Team
Without a doubt, the air industry is one of the most prestigious fields and there are not many countries that can say they are successful in it. Expensive technology, high development costs and the need for specially educated workforce are among the more important factors making it difficult for countries like Serbia to exist in this field with the incomparably richer and more powerful competitors.

However, even though it is quite certain that there will never be a “Made in Serbia” Boeing or Airbus, this doesn`t mean that local enthusiast are not working hard on developing technologies and products (and even components for the said giants) making Serbia visible on the map of countries with a developed air industry.

After the second Southeastern Europe Aviation Summit, recently organized in Belgrade by the TangoSix portal, even those not too familiar with the field now know that locally-produced planes and drones fly from Serbia to the world, that pseudo-satellites made in Serbia circle high above them and that Serbian software solutions have drawn attention from giants such as the American Boeing.

Among the companies promoting the Serbian air industry in the world in the best way possible is certainly Aero East Europe, formerly based in Kraljevo and now located in Jagodina.

The company recently exported the first two light aircraft made in Serbia, Sila 600, to the US market, and they plan to sell around 50 such planes in America in the next two years.

– The first plane will be used for training at a pilot school. The second one will be exhibited at the biggest show in the world in this aircraft category, which is to be held from April 10 through 15 at the Lakeland Airport in Florida, after which it will be used for commercial flights – says Milorad Matic Mago, owner of Aero East Europe. The company won eKapija`s Aurea investment of the year award several years ago.

The Sila (srpska industrija lakih aviona – Serbian light aircraft industry) planes are already flying across Europe, used by pilot academies primarily, and Matic explains that 163 aircraft have been delivered to clients so far. 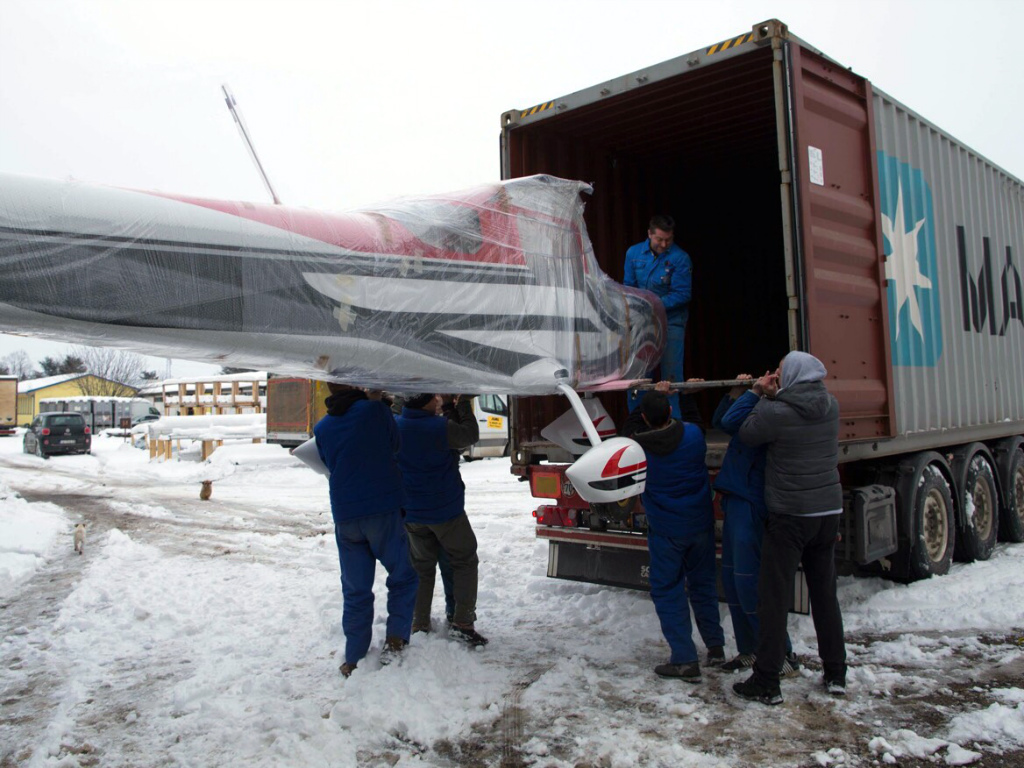 First planes being shipped to America
The planes have 1,300 cc, 100 hp and can develop speeds of up to 220 km/h. Using 12 to 18 liters of unleaded petrol an hour, they can travel the distance between Jagodina and Belgrade in 35 minutes.

In addition to passenger transport and pilot training, their aircraft can also be specialized for medical transport, agritechnical activities, surveillance, border control...

Matic, however, has much more serious plans. As he says, they are already developing a new aircraft – a double-engine, six-seat plane with 282 hp, a range of 600 to 1,200 kilometers and around 7 hours of autonomous flight.

The plane should be built at a new plant that Aero East Europe is supposed to start building in Jagodina this May.

The City Council of Jagodina recently allocated a plot of land of 1.14 hectares to the company for the purpose of the construction of a new light aircraft plant with 5,000 m2.

The new facility should be completed in two years and initially employ at least 50 workers from the territory of Jagodina and up to 150 in the next three to five years.

As the president of the Municipality of Jagodina, Dragan Markovic Palma, said last September, the investment will also “accelerate the beginning of the planned construction of the Jagodina airport for planes with up to 80 passengers”.

The production of aircraft in Serbia seems like a business that the state should be happy to help, seeing how most aircraft are exported, bringing “living” money to the country.

However, the state doesn`t seem to pay much attention to these manufacturers. Matic points out that, for example, Serbia doesn`t feature any standards in the production of ultra-light aircraft, causing them to practically have to adhere to the regulations pertaining to the manufacture of big, commercial planes.

He adds that “if the state is not helping, at least it shouldn`t obstruct our activities”.

Belgrade-based Composite Technology Team (CTT) hasn`t received any state help for the development of its very specific business either.

This is a super-light aircraft of 120 kilograms, a wingspan of 25 meters and a cruise altitude of 20,000 meters.

The director of CTT, Petar Matunovic, explains that the purpose of the aircraft is to function as a communications station within a 60-km radius and to be used for surveillance, early warnings, meteorology , agriculture, provision of internet connection, radio signal, mobile phone signal in hard-to-reach areas...

– We are only one of the five companies in the world currently developing pseudo-satellites – Matunovic says and adds that the competitors in this field include Facebook, Google, as well as Airbus with its aircraft Zephyr.

Pseudo-satellites fly at far lower altitudes than conventional satellites, are incomparably cheaper and quicker to launch and can therefore be used in poorer parts of the world, such as Africa. In addition to pseudo-satellites, CTT also develops unmanned aerial aircraft that can be used in border supervision, the monitoring of traffic and other similar activities.

Matunovic explains that the technology CTT focuses on is applicable in aviation primarily, but that it can also be used in other fields.

– The batteries we develop for our aircraft, which need to provide great autonomy under very unfavorable flight conditions at high altitudes, can also be used to upgrade batteries in electric cars – he says.

However, the development of technologies in other spheres also inevitably changes the set patterns in the aviation industry. This is shown by the example of AirDB, a company that develops a solution based on one of today`s most poplar topics in the IT sphere – the blockchain technology. 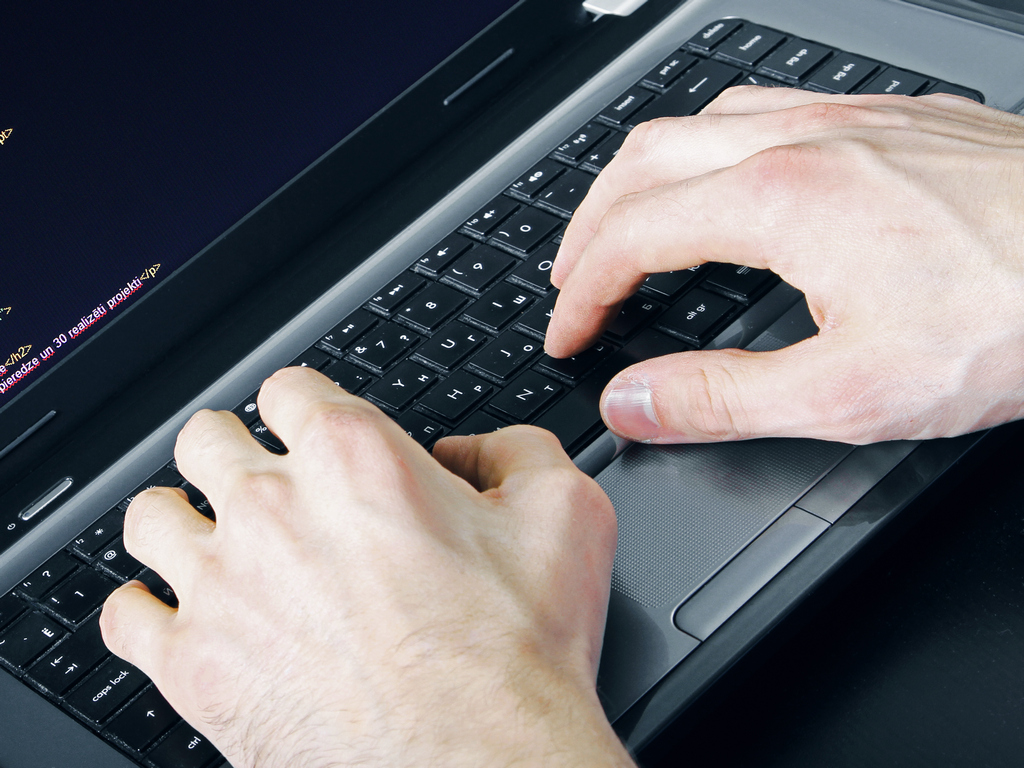 – The new product we are working on is blockchain-based and enables greater data safety, as well as considerable savings – Vuckovic explains and adds that, in simple terms, the idea is for data on human and material resources in the aviation industry to be stored using the blockchain technology.

That big, traditional air companies, which do not decide to implement new features in their operations easily, have recognized the potential of this technology is shown by the fact that Boeing and its partners have recently decided by purchase 6.5% of AirDB.

For Vuckovic, aside from the financial aspect of this decision, what`s important is that the partnership with such a big player in the field will provide them with access to its technology, but also serve as a proof of the quality of the products they develop.

Place for local military air industry in the market

SEAS 2018 was an opportunity for another aircraft manufacturer from Serbia to present itself to the public. The company EdePro presented its project of the Strsljen combat UAV.

This aircraft, only 6.75 meters long, is in the last stages of mechanical component checkups and is looking at hovering tests.

The unmanned helicopter Strsljen, meant for support to ground units, locating and destroying enemy command spots, battlefield reconnaissance, laser target marking and electronic countermeasure, was presented to the world public for the first time at IDEX 2017 in Abu Dhabi.

The company is also developing a ground-to-ground missile called Sumadija. This is a guided missile with a range of 280 kilometers and a warhead of 200 kilograms.

EdePro says that purchasers from the world have shown great interest in their products and adds that practically everything in these aircraft, except for chips, was produced in Serbia.