(Photo: Dabarti CGI/shutterstock.com)
When the results at the end of 2014 showed that the Constantine the Great Airport had only 1,335 passengers that whole year, it was more realistic to expect that the Nis airport might close by today than that the management would be considering how to welcome the expected half a million passengers in 2018, as it is now.

This seldom recorded growth clearly shows how big the air business potential is even in an economically limited market such as Serbia.

It was this potential that was discussed at the panel dedicated to the business models of , more or less successful, airports in the region, held as part of the recent Southeastern Europe Aviation Summit SEAS18.

As the manager of the Brac Airport, Tonci Peovic, said, the number of passengers in Europe is constantly growing, but, due to complicated environmental and other regulations, no airport is currently being built that would have a capacity exceeding five million passengers, not including Turkey.

That's where the biggest opportunity lies for small airports, such as those in Brac and Nis, but also some others, only just now looking for their opportunity, he said. The Morava Airport, also known as Ladjevci, is one of them.

This formerly military airport saw the first landing of a civilian aircraft in October 2011, but even with multi-million investments, the construction of the terminal building and the control tower, as well as numerous promises, regular traffic has never been established.

Several million euros more is needed to fully develop the airport, and business people from the West Morava valley believe that such an investment would be profitable in the long term.

As they explain, the airport has an ideal location, not just for the citizens of the towns in the area (Kraljevo, Cacak, Gornji Milanovac, Kragujevac...), but also for the further development of the industry, agriculture and tourism in the area.

Mihajlo Jovic of the Business Community of Cacak admits that there are problems in the realization of the project, but believes that they shouldn't stop a project of this kind.

– We know that there are lots of problems, we are aware of that, but if Nis had had such an attitude, none of what makes it what it is today would exist. At the moment, the towns of Cacak, Kraljevo and Novi Pazar are ready to finance the Morava Airport project – he said.

That Serbia might get its third operational civilian airport, after those in Belgrade and Nis, is confirmed by what Minister of Construction, Transport and Infrastructure Zorana Mihajlovic said in October 2017.

– Just like we raised the Nis Airport, I believe that we need to complete the Kraljevo airport project as soon as possible, as it is very important. It may not be as important for passenger transport as it is for cargo transport and for providing a source of income for the area gravitating towards the airport – the minister said. 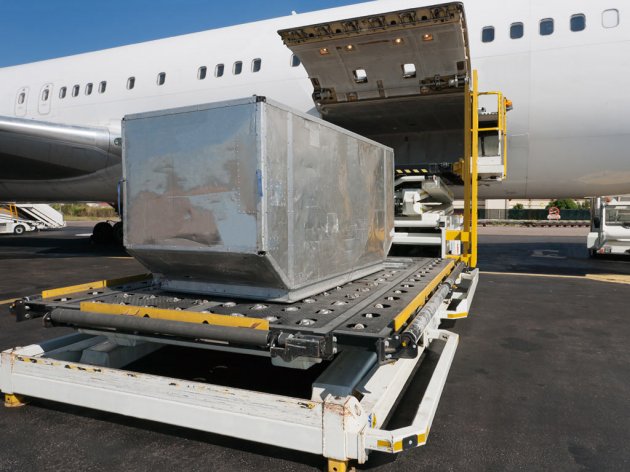 (Photo: Pierre-Yves Babelon/shutterstock.com)
The importance of cargo transport is also discussed by Bojan Avramovic of the Regional Development Agency South (RDA South). He says that the Nis Airport gets major income from the cargo transport and the fact that the airport contains a customs terminal.

– All the goods arriving to Nis or sent from it by plane bring a considerable amount of money for the further operations of the company – Avramovic explains.

That small airports need to find creative ways to operate and earn is shown by the example of the Brac Airport.

Its current capacities are so small that they are not even able to organize luggage distribution for larger airplanes. Instead, they have an agreement with agencies to mark which piece of luggage needs to go to which hotel at the starting airport. After the plane lands at Brac, the airport transports them at its own expense.

– The tourists like the service so much that they've started asking their agencies when it is to be implemented in other destinations, not realizing that we do so here for lack of a better solution – Tonci Peovic says.

He nevertheless believes that the future favors smaller airports and that it pays off to invest in them.

– By 2035, only regional airports will be successful. The strategy, therefore, needs to be created in the context of the advantage that small airports will have – Peovic explained.

A generally more modest infrastructure means lower expenses, which enables these airports to offer their services to low-cost airlines at a lower price, which then, in turn, offer more affordable tickets.

Furthermore, Peovic points to an increasingly popular trend in the aviation industry – cooperation between big tour-operators and airlines. Many big world tourism agencies transport an enormous number of tourists throughout the world by their own airplanes or in partnership with airlines. It is therefore very important to them to transport their guests as close to the target destination as possible.

As Peovic says, that's where the opportunity lies for his airport as well. The Brac Airport recently extended its runway, enabling larger airplanes to land.

Almost immediately, the interest of agencies and airlines grew, and Brac realized record setting results in 2017, whereas the expectations for 2018 are even greater.

– We are already working intensively on the next phase of the runway extension, in order to enable B737-700 and B737-800 aircraft to land. The aim of all this is for us to adapt to our clients, who realize that it is in their interest to send larger planes to Brac, as it reduces their per-seat costs and raises their income – Peovic explains.

Around 20 thousand passengers landed in Brac last year, and the plan is to have the number increase to a six-digit figure in the future. Although there are big airports in the region (Split, Zadar, Mostar, Dubrovnik...), Peovic believes that there's room for all of them in the market.

– The closest airport, the one in Split, operates at the limits of its capacities. Even if we were to “take” 100-200 thousand passengers from them, it would mean nothing to them and a lot to us.

The relation between big and small airports has been a current topic in Serbia lately, as information appeared during the presentation of the details of the agreement on the concession of the Belgrade Nikola Tesla Airport that the number of passengers at other airports in Serbia might be limited to one million, and there have also been opinions that the accelerated development in Nis comes “at the worst moment for the agreeing of the concession in Belgrade”. 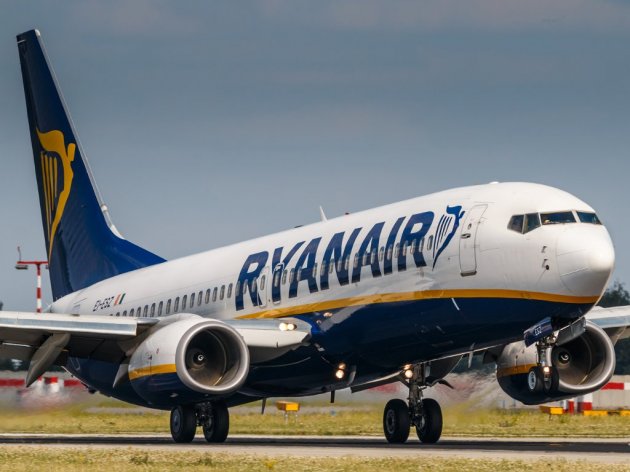 (Photo: Rebius/shutterstock.com)
Still, Bojan Avramovic of RDA South says that there's no reason to worry and explains that the Nis Airport is supported by the state and that there will be no limitations.

He adds that, despite the information about a potential increase in fees for airlines, from 3 to 6 euros per passenger, it was recently decided to keep the fees at the current level at least until 2022.

He also reminds that the airport was a burden on the city until 2014, when the decision was made to try to revive the airport, possibly for the last time. As he says, one of the proofs that they have succeeded lies in the fact that local self-government no longer subsidizes it and that the Constantine the Great Airport is capable of supporting itself instead.

Three airlines are active at the Nis Airport at the moment. The Hungarian low-cost company Wizz Air and the Irish low-cost giant Ryanair offer inexpensive flights to around ten European cities, whereas SWISS connects Nis with Zurich.

They expect 45,000 new passengers a year from the Vienna service alone, which Wizz Air is to launch on November 15.