Nearly a half of small and medium companies in Serbia invisible on the internet – Is there business without an online presence?

(Photo: Viewvie/shutterstock.com)
If not for the internet, we would never dare to start a business – this is the attitude of the majority of participants of the panel on online business, held on March 6, 2018, during the ninth annual conference on the internet in Serbia – DIDS 2018.

That the impact of having a web presence is an important factor in doing business, even in companies not directly dealing with the internet, is shown by the results of the research on the digital vitality index of micro, small and medium companies in Serbia in 2017.

This research, carried out by GfK and Mineco Computers, showed that micro companies with their own web pages realize annual revenues larger by as much as EUR 110,000 and a profit larger by EUR 10,5000 than those without a web presentation. Also, these companies have an employee more on average.

When it comes to small companies, financial indications are even clearer – revenues higher by EUR 870,000 and a profit higher by EUR 53,500. As for the number of workers, companies with a web presence have three employees more on average.

Even though these data might lead to the conclusion that a web presentation is an inevitable tool of local companies, it sounds almost incredible that nearly a half of the surveyed companies (46%) doesn't have a single digital channel of communication with their clients, users, consumers...

Dragan Sandic, owner of Iskon Mode, says that he is surprised by the fact that such a small number of companies used the internet in their operations, especially owners of young companies, who are assumed to be digitally literate from birth.

Only one in three companies founded after 2010 has a web presentation.

Sandic, whose company produces unique clothing, says that visitors to their site can order and purchase online products there, but that this is only a small part of what online presence offers to companies.

– I'm pretty sure that 90% of our sales are online-related, thanks to the fact that customers inform themselves of us and our products online and therefore know exactly what they want when they come to our store, so it only remains for them to try it on for size. This wouldn't be possible if we were not present online – Sandic says.

When it comes to new services, he points out that the next step might be to offer the option for visitors to create their own piece of clothing online and then have employees at Iskon Mode make it for them.

That less than a half of companies have their own web pages and that the percentage of those opting for a Facebook page (9%) is not negligible either is explained by the owner of Tegla's Vladimir Elesin by the fact that, nowadays, the young are social network-oriented from the early age and that using those comes more naturally to them than using websites. 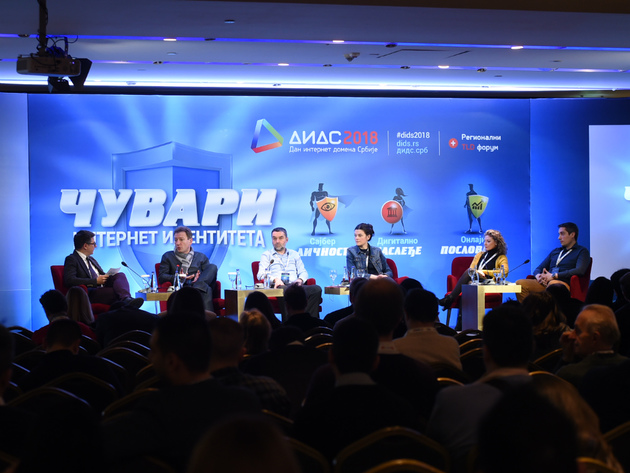 Still, he adds, this doesn't mean that such a business decision is a good one.

As he says, this kind of practice is not adequate, as a website can lead to a better positioning, but also attract a larger number of interested clients.

– Social networks are excellent for communication with the users and the promotion of the products, but your web page is still your main tool – Elesin says and reminds that a company can own its web page and its web domain, but not its social networks pages and profiles.

Everything published on social networks could disappear one day, he says, in which case the business might suffer greatly.

That purchasers, clients, users of services and products expect companies to have a digital presence is confirmed by the results of the said research, according to which the internet is the main channel for learning about a company and its business for an absolute majority of the surveyed subjects. On the other hand, as many as 86% of the companies invisible on the internet say that this aspect is simply not that important or necessary to them.

Online presence is important in the toy industry, according to Biljana Brankovic of archiPLAY, which produces architectural-educational toys.

– If not for the internet, we wouldn't venture into this business, which requires detailed presentations of the products and their purpose to the clients – she says and adds that the internet provides a great potential for the development of the business, especially when it comes to specialized fields.

That this is true is also confirmed by the example of the company Garden, which grows and maintains plants, yards and gardens. As the owner Dragan Sajic says, “trade fairs are a thing of the past” and they attract nearly all their clients online now.

He cites a concrete example of Garden receiving an online inquest by a Swiss client interested in having landscaping work done on the yard of the house they own in Serbia.

After they downloaded the pertinent images from Google Maps, they created an animation of the proposed solution and presented it to the client on Skype. Not only did they contract the job, but they have been active in maintaining the said yard for two years now. In all this time, Sajic says, they've only had one eye-to-eye contact with the client.

– We've implemented a chat option on our website. We are often contacted by people with various questions and, being satisfied with our advice and suggestions, they become our clients, as a rule – Sajic adds. 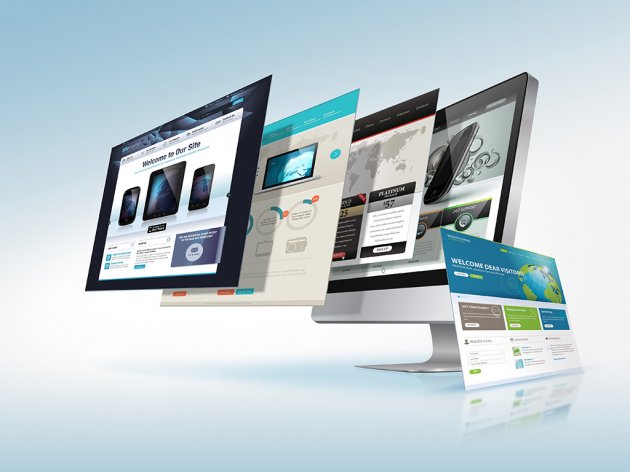 (Photo: PureSolution/shutterstock.com)
The research has also shown a certain overlap in the attitudes of companies and their potential clients. Websites and Facebook pages are seen by both as by far the most important of all digital tools. On the other hand, plenty of users would still like companies to have a YouTube channel (around 35%) and a mobile app (45%), whereas only 5% of the surveyed companies believe this to be important.

The digital strategy of Viva Travel, however, features video presentations and YouTube prominently, since increasingly more people are looking to learn as much as possible about the destinations and the hotels on offer before they decide to book accommodation.

As Tanja Zivanov says, in this tourist agency “no one hopes anymore that anyone who has seen our offer in a newspaper would enter our offices”.

– The tourism sector has moved to the internet and we literally depend on it nowadays. In addition to a large number of tourists, we are being contacted by potential business partners as well, so we have expanded our offer by providing the visitors of our site with certain additional services such as booking air tickets, renting cars at a certain destination or booking hotels – she explains.

Among other things, Zivanov adds, the agency plans to enable online purchase of travel arrangements, which would fully remove the need for coming to the offices.

At DIDS 2018, organized by the Serbian National Internet Domain Registry RNIDS, the 10th anniversary of the .RS domain was marked as well.

Of the total number of the surveyed companies with their own web pages, 79% of them have an .RS domain. This is not surprising, as 72% of the consumers put great trust in it, and operation under a national domain are also recommended because of a better positioning on Google and other search engines.