Siemens planning to produce trams and other rail vehicles in Kragujevac 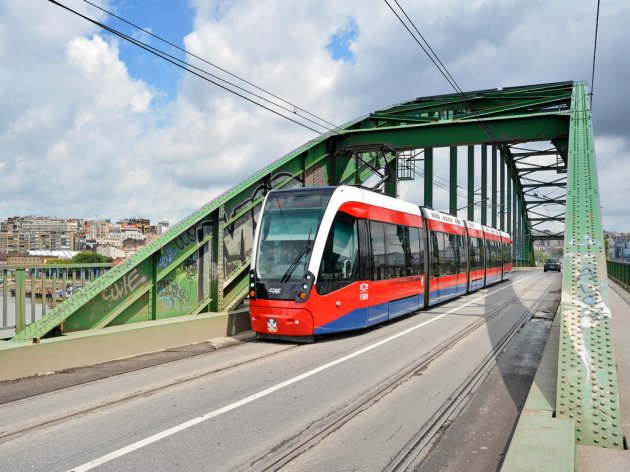 Illustration (Photo: Ozgur Guvenc/shutterstock)
Germany’s Siemens, which took over the Kragujevac-based company Milanovic Inzenjering in early February, plans to produce rail vehicles in the center of Sumadija. As Danas learns, they are to initially produce trams and then other rail vehicles too. With the relatively recent downfall of rail car and locomotive factories in Kraljevo and Nis, Serbia has stopped producing rail vehicles entirely.

The former Milanovic Inzenjering Kragujevac used to produce aluminum components for rail cars for Siemens’ rail vehicles, Danas reminds. The German company plans to considerably expand the existing capacities of the Kragujevac factory in the next two years and to start not just the production, but the technological and technical development of rail vehicles there, most probably in cooperation with its future French business partner.

To clarify, Siemens has announced the establishment of a development center in Kragujevac, on which occasion the company’s representatives recently visited the Faculty of Engineering in Kragujevac, where they talked with professors and associates about, among other things, adapting the curriculum to Siemens’ needs and the employment of a larger number of young engineers.

At the same time, the former owner of Milanovic Inzenjering, Bratislav Milanovic, who recently bought 70 hectares of land in Industrial Zone Sobovica, plans, according to Danas’ findings, to form a technology park for local and foreign investors.

Log in to view complete information:
Forgot your password? Click here HERE
For free test use, click HERE
Latest
Most read
New Port of Belgrade to be Built in Pancevo or Near Pupin Bridge – Spatial Plan Being Prepared 02.03.2021.
Agriculture Conference to be Held Instead of Agro Belgrade Show 01.03.2021.
Another 1,000 Jobs in Loznica by Mid-2021 01.03.2021.
GDP of Serbia Drops 1.1% in Q4 2020 01.03.2021.
Application of Employers for Payment of Half of Minimum Wage Begins on March 1, Citizens to Start Applying for EUR 60 Aid from April 28 01.03.2021.
Vlasina Lake, Tourist Pearl That is Yet to Fully Shine – Reconstruction of Hotel, Construction of Spa Center and New Vacation Houses Planned 01.03.2021.
Preparations Ahead of Beginning of Construction of Railway from Novi Sad to Subotica – Contractors Have 33 Months for 108 km Section 01.03.2021.
Vrnjacka Banja Selling Building Land Meant for Construction of Hotels and Apartments 22.02.2021.
Weather
Weather forecast