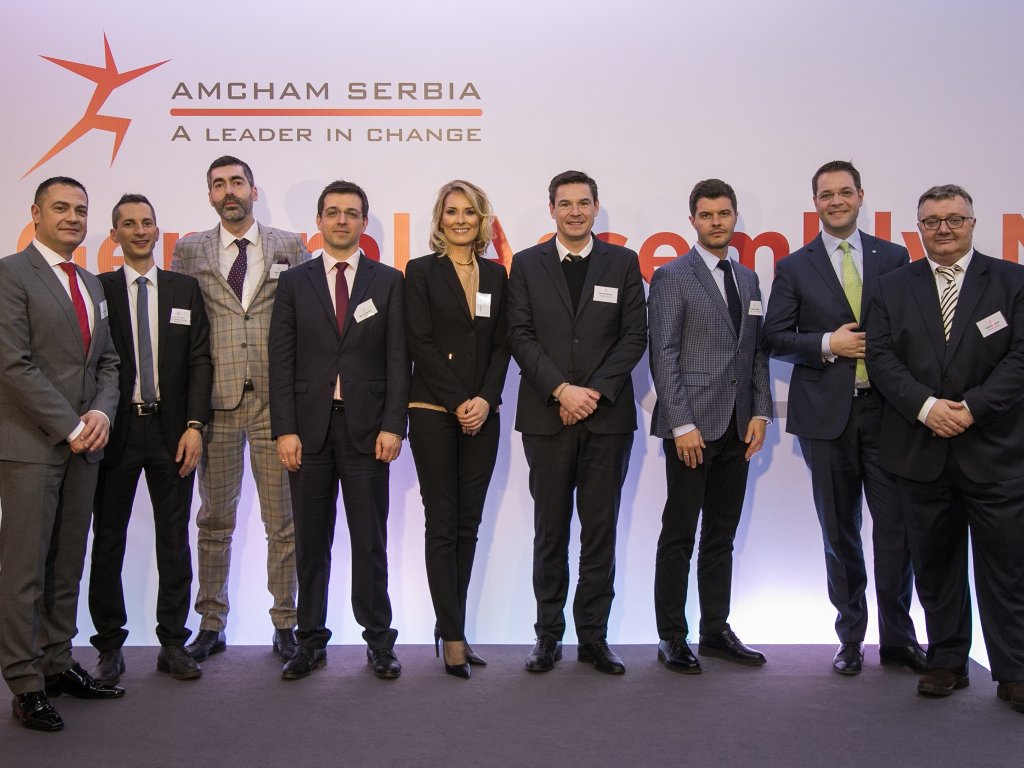 The newly elected President Jelena Pavlović pointed out that the set priorities of this business association would remain the same – the improvement of the business environment and the establishment of equal rules of business. She also said that this year's activities would be focused on reform of the tax system and the efficiency of the Tax Administration, further suppression of the gray economy, stimulation of eGovernment, as well as improvement of the regulations in the field of health and the environment.

Presenting the Annual Report for 2017 Vera Nikolić Dimić, AmCham Executive Director stressed that AmCham will continue to be a reliable partner to the Government of Serbia, but also a constructive critic whenever it is necessary. She underlined that the Association and the newly elected AmCham Board will continue to persist in improving the regulatory framework, aiming to establish a stable economic growth in Serbia.

A decision on this year's laureate was made by a jury composed of representatives of the AmCham Board. Dr Kosta Jovanović was awarded the annual AmCham Leader in Change HERO prize for 2018. Dr Jovanović is an assistant professor at the Faculty of Electrical Engineering (FEE) in Belgrade and one of the creators of Eccerobot - the most modern, serviceable and humanoid robot. Since 2015, he has been actively working on the creation of a modern laboratory for robotics at the FEE, where students have an opportunity to work with cutting-edge technology.