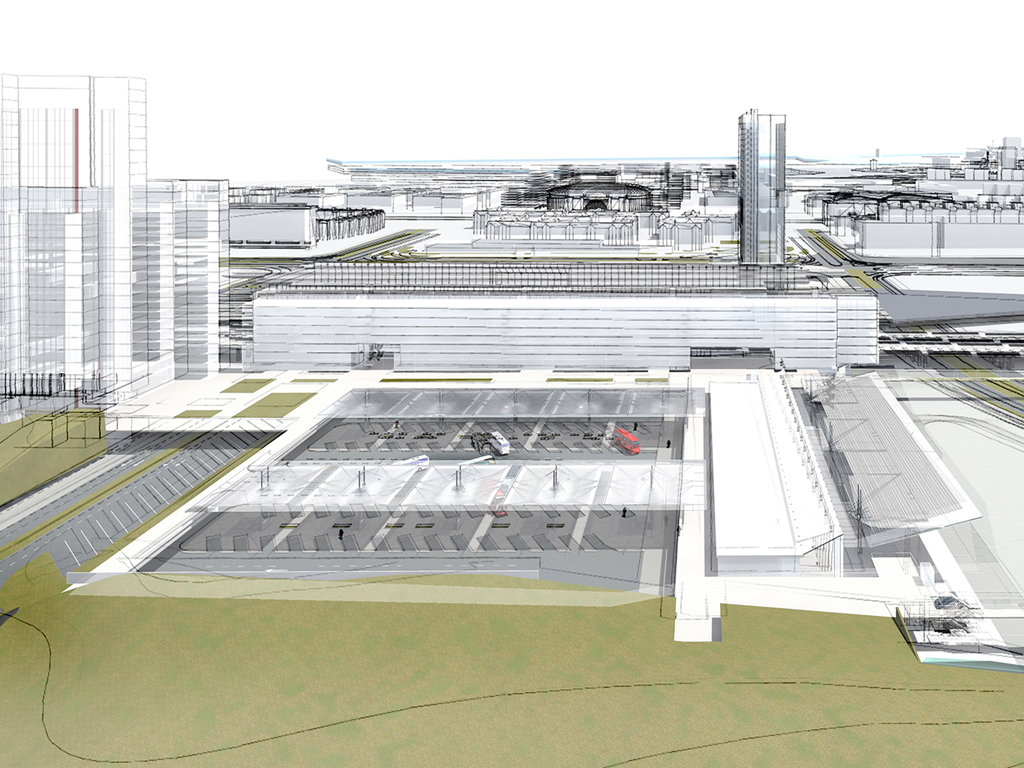 Mayor of Belgrade Sinisa Mali took a tour of the site today.

– The station will be unique in Europe, as it will accommodate intercity, intermunicipality and tourist transport. It will have 13,000 m2, and the value of the works amounts to around EUR 25 million. The City of Belgrade is investing the land, and the company Beogradska Autobuska Stanica is investing the money. In about 18 months, this location will feature a new, modern bus station – Mali said.

Director General of CIP, Milutin Ignjatovic, pointed out that the new bus station will be the biggest one in Europe and emphasized that it would have over 50 platforms and 70 parking spaces for buses.

– The Institute of Transportation CIP has designed the future bus station and it will adhere to all the European standards. It will be the best, most beautiful bus station in Europe – Ignjatovic said.

Architect Vladimir Lojanica, who won first prize at the international contest for the project of the bus and railway station, pointed out that this would be a huge transportation hub, which would encompass both bus and rail traffic.

– In addition to the station building, it will feature commercial facilities on an area of 180,000 m2, to be built in stages. The station building itself, which will have 13,000 m2 and whose design will fit into the modernist ambiance of New Belgrade, will be a new symbol of this part of the city. These are objects which will help unload traffic routes with its functional solutions and enable smooth bus station operations, with spacious platforms and squares, which will allow for a better orientation and movements through the bus station – Lojanica said.

Director General of BAS, Andjelko Mucibabic, called this a historical moment, as the current bus station has been operating for 51 years now.