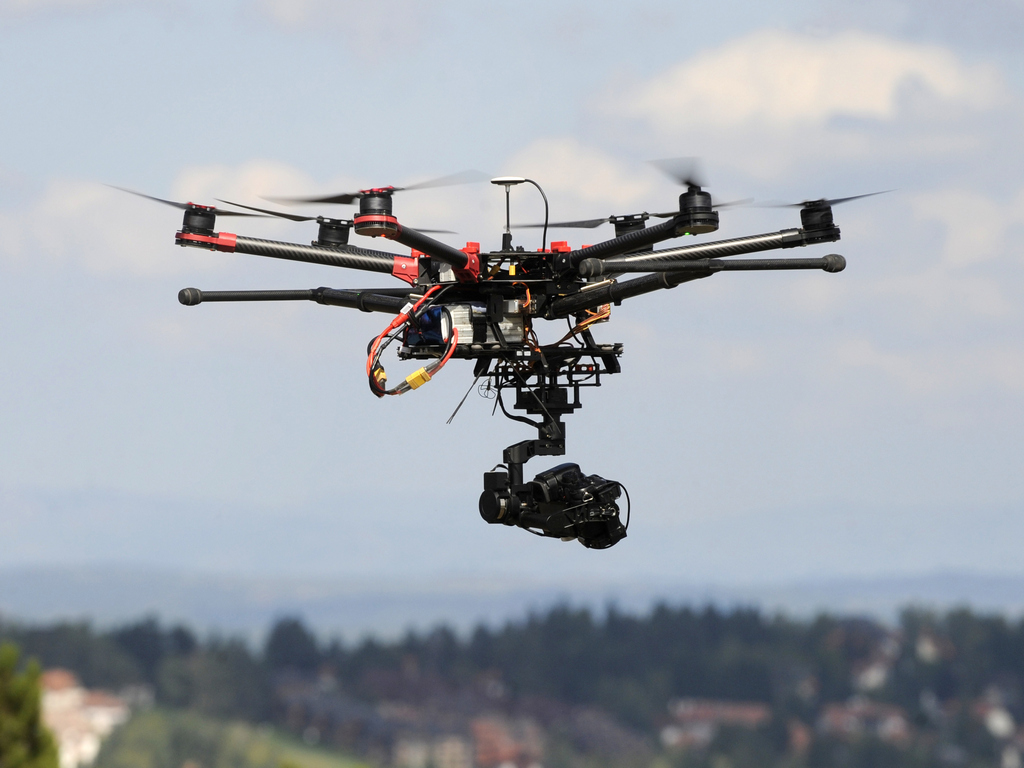 Illustration (Photo: bibiphoto/shutterstock)
Samsung has patented a drone with an integrated display capable of detecting the face and pupils of a person, as well as their hand movements and position.

This is a drone with a display at the center with four propellers on each corner. The description says that the drone can include a camera and observation system to transmit information to the main control unit. The system can track the users’ eyes, head, hands, or fingers in real time. The drone’s flight speed and direction can be controlled by head, eye, or hand movement, and it can also automatically track users without any additional gestures.

The side view shows that the drone is not limited to the shape featuring four propellers. The drone may also include a gyroscope sensor, a motion sensor, a vibration system, and / or an accelerometer, voice recognition capabilities, as well as GPS and a Wi-Fi-based positioning system.

Views from other angles show joint manipulators and propellers that can change the thrust direction. The angle of the display can also be adjusted during flight. The drone would also feature an obstacle detection unit, allowing it to automatically avoid obstacles.