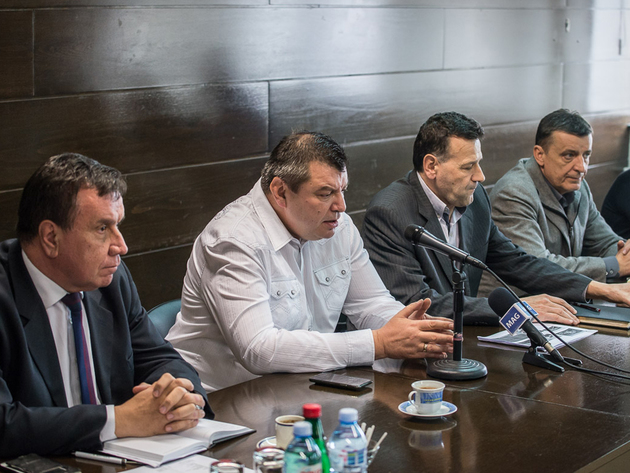 From the meeting
The overhaul of the unit A4 at the Thermal Power Plant Nikola Tesla A (TENT A) will begin in March, it was announced at the meeting between representatives of Elektroprivreda Srbije (EPS) with the contractors on February 20.

This is one of the most important investments within the EPS system this year, as the investment of around EUR 53.5 million will increase the power of the unit to 332 MW, extend its life cycle and upgrade energy efficiency and environmental protection, EPS announced.

The work schedule was agreed at the meeting and the works should start in March.

The last overhaul of A4 was performed in 2007. It provided the unit with another 11 years of stable operations.

– The plan is for the overhaul to take slightly under five months and to eventually get a fully upgraded thermal power unit for the purpose of a stable supply in the upcoming decades. All the preparatory activities have been completed and the permits have been obtained – said Gliso Klasnic, who manages the project of revitalization of the unit A4 at TENT A.

Over 40 renowned local and foreign companies from the fields of energy, mechanical and electrical construction, many of which have successfully performed works on overhauling other facilities at TENT, will take part in this important project, the press release says. The completion of the works on A4 will round up the phase of the revitalization of 300 megawatt units in the TENT A location.

The unit A4 was synchronized with the power network for the first time on June 8, 1978, and is celebrating 40 years of successful operations in 2018.

– By revitalizing the unit A4 at TENT A, EPS continues the tradition of investing considerable funds in modernizing the facilities each year. Through these and other investments, such as the initiated project of construction of a smoke gas desulfuring facility for four units of TENT A, we want to make this thermal power plant, in which over half of electricity for the needs of Serbia is produced, long-lasting and one of the most modern thermal power plants, not just in the region, but in Europe as well – Milorad Grcic, acting director of EPS, said at the introductory meeting.

Grcic pointed out that the decision to modernize the units A1 and A1 was very important for TENT.

Big investments in other parts of EPS are planned as well, so that all the capacities would be upgraded and expanded. As he clarified, these projects pertain to the construction of more substations, the modernization of the distribution network and the expansion of the capacities in mines.
Companies:
Javno preduzeće Elektroprivreda Srbije Beograd
Tags:
Thermal Power Plant Nikola Tesla
TENT A
TENT A4
overhaul of TENT A4
Milorad Grcic
substations
TENT A1
TENT A2
desulfuring
reconstruction at TENT
smoke gas desulfuring facility
EPS
Share: