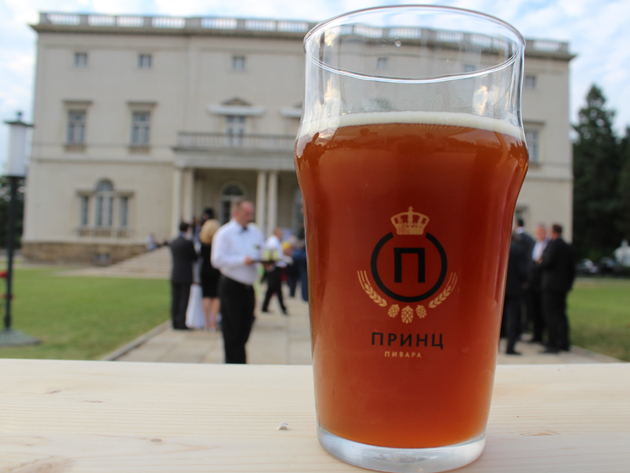 Traditional English craft beers have recently become available in Pancevo, and a pint of Derby or Prince IP usually comes with a portion of pork rinds. The Prince brewery, located in the village in Omoljica, uses English recipes, but also ingredients from England, making for an experience worthy of London pubs.

Businessman Jovica Bozic, owner of Bozic i Sinovi, who has been splitting time between London and Omoljica for several decades now, is the one who brought the English tradition to Banat. He is accompanied in this endeavor by a true prince, after whom the brewery is named. The story begins a little less than a year ago...

“Brewing beer is a little harder than making brandy...”

One afternoon, Prince Djordje Karadjordjevic and I were sitting in our local pub in West Sussex, drinking a traditional English bitter, Bozovic begins his interview for eKapija.

– In conversation, we came upon the idea to offer it in Serbia as well. During the second round, we agreed that it would be great for the brewery to be called Prince, and after the third one, we started talking about where we could buy an entire brewery and how much it could cost – Bozic says.

They soon decided to invest in this idea. Bozic shared his new business idea with friends in his home village in Omoljica, who offered to be part of the team and take part in the project as investors.

– Prince Djordje, my childhood friends – Zoran Gajic, a renowned volleyball expert, Nikola Egic, Pera Savanovic and Milan Papulic and I went on a new adventure, looking to make a beer we would like. Our motto was – if we like it, everything else will go smoothly. 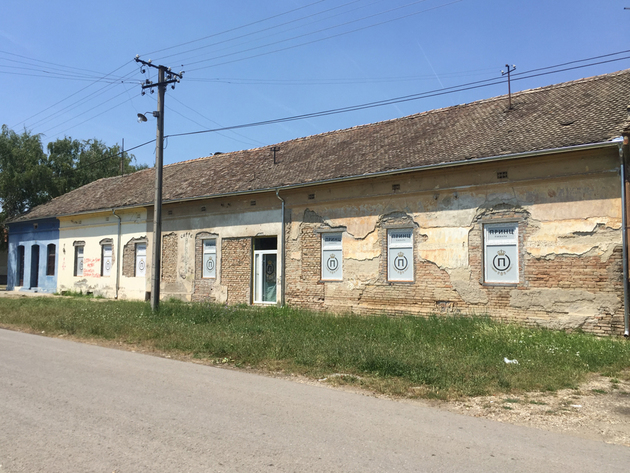 – We bough a small English brewery, Whistling Kite, which, along with its brewmaster Jez, received several awards for its beer. Jez was making the beer himself, selling it to local pubs together with his wife, as is the practice in England. We didn`t bargain for long. We agreed to buy the entire brewery and move it to Serbia, but we also agreed for him to come to Omoljica to help mount the equipment and train our brewers. Microbrewing is not that complicated, though it is a little more complex than making brandy – Bozic adds.

His brewery initially had five fermentation barrels and a capacity of 1,000 liters a day.

This brewery`s beers can be found in around twenty spots in Belgrade. In Omoljica, along with the beer cellar, they also have an ale house, and in Pancevo, they have the Prince cafe/ale house. Recently, they opened Prince Bar at the Belgrade Airport.

– Craft beers are 3-4 times more expensive than industrial ones, as we use higher-quality malt, barley, yeast, but also larger quantities of raw ingredients. Craft beers to industrial ones are like real wine to a diluted spritzer – Bozic says.

As he says, Prince is the only brewery in Serbia producing traditional British beer, using British technology and equipment, as well as ingredients from the country exclusively, which they see as a great asset. British craft beer, our interviewee adds, is different from the American one, which is the most frequent variety here and features greater amounts of hops and CO2. Whereas American recipes entail quite a bit automatization, British ones are much more brewer-dependent. 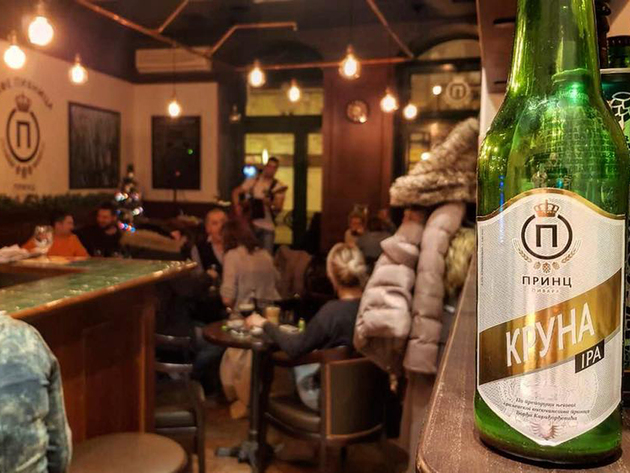 – Good beer can be made only from quality ingredients. For example, our beer requires 10 to 40 times more hops, infusing it with scent and flavor, than industrial one. It`s a shame none of this can be found in Serbia and that we have to import everything instead. The production of hops in Serbia has been destroyed, whereas once, there were 250 hectares under it in Backi Petrovac alone. Today, thanks to craft brewing, hops are once again grown on around 5 ha – our interviewee says and adds that the idea is for prince to become a distributor of quality malt and hops, which are not present in the Serbian market.

After less than a year, they decided to buy a brewery that`s twice as big, with the capacity of 2,000 liters a day – Ballards Brewery from West Sussex.

– We expect to introduce another four flavors using Ballards Brewery recipes by spring. The first one is Session, with 3.8% abv, which is consumed in larger amounts due to a lower alcohol content. Another one is Best Bitter with 4.5% abv, and there are another two IPAs as well, somewhat stronger – 6.5% and 6.8%, lighter in color and more similar to our beers.

After that, they intend to launch the Princess beer, with less alcohol, a refreshing citrus flavor and minimal amounts of CO2. 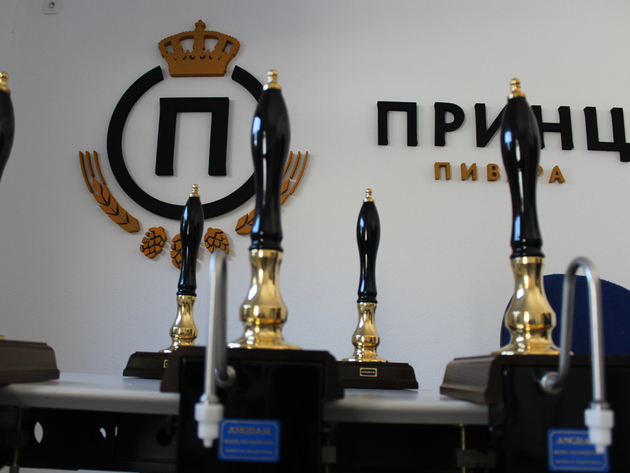 In the upcoming period, Prince will also be working on expanding its chain of breweries and franchising. They are therefore ready to cooperate with those looking to open microbreweries, as they believe that it is surely one of the new jobs that can make a good living for two to three members of a family.

– We want to open our breweries and beer cellars in Belgrade, and then in Nis and Novi Sad as well, as this is the best way to promote and position the brand. We are looking for good, big premises. We also expect our beers to become available at certain supermarket chains. We have only just started conquering the market – eKapija's interviewee says.

Craft beer is meant primarily for hedonists, who know how to appreciate new flavors, and the menu is formed accordingly. In Austria and Germany, it features sausages, ribs, ham hocks and wings, Bozic says, whereas Prince offers locally made pork rinds to go with the beer.

Although they are oriented towards positioning in the local market, other countries are interested as well – Bulgaria, Republika Srpska, Croatia and Russia. They also have ambitions for producing beer for the English market, but, Bozic says with a smile, it's still just an idea.

Our interviewee believes that the best beers in Serbia were made in the time of Weifert and Bajloni, whereas today, in Serbia and elsewhere in Europe, the most consumed type of beer is lager – industrial beer. Younger, more educated population is usually more interested in craft beers, but of course, this is not a rule, Bozic says and adds that he believes that the time of craft beers in Serbia is yet to come.

– The strength and the key of the success of craft beer is in joining together. The sooner we join forces and help each other, the sooner we will get our market share. 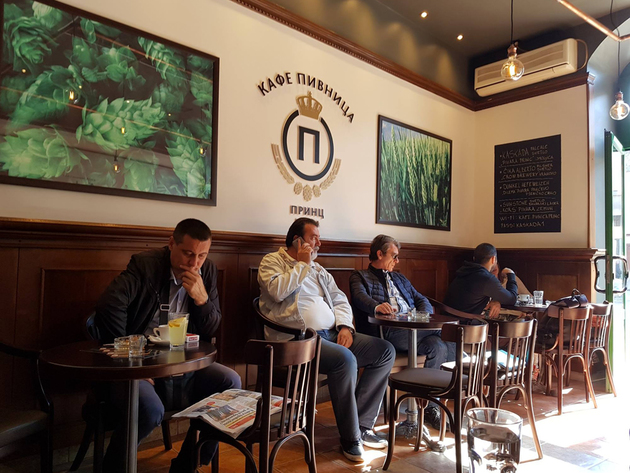 They've recently founded the Association of Craft Breweries, which aims to promote craft beers but also create better conditions, from lower excise taxes to simpler and less strict requirements for starting the production. The plan is for a festival of British beer to be initiated in Pancevo, under the auspices of the Embassy of Great Britain, where British brewers, producers of raw ingredients and equipment would be presented in Serbia.

Jovica Bozic and the family of Prince Tomislav Karadjordjevic (father to Djordje) and Princess Linda have been neighbors in London for over three decades now. They are all good friends, although Bozic points out that he is “neither a royalist, nor a socialist”, but that he honors the tradition.

– My desire is to transfer a part of the English culture and their sense of heritage to our country as well. This village in Banat, where I grew up and where I know each house and those who live there, is my true home. Oh course, I haven't forgotten Manjaca and Bosna, where my roots are, either. Tomislav's family has a similar sense of tradition and I believe that this is the reason why our friendship has lasted. Both they and I are proud of Serbia and its culture and I believe that we are good ambassadors of our people in the area we live in. It has not been easy being a Serb in England in the past few decades, but we've managed to become welcome guests with many of our neighbors in England. We have never been ashamed of saying who we are and where we come from.