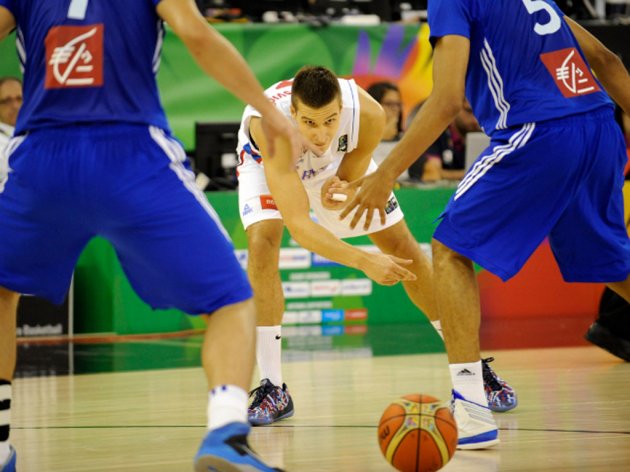 (Photo: Mozzart sport)
The World team won the All-Star Game against the USA team, 155-124, at the Rising Stars Challenge, and the Serbian shooting guard Bogdan Bogdanovic was pronounced MVP.

In his 22 minutes on play, he scored 26 points, had four jumps, six passes and one steal.

Bogdan was the star of the duel with his precision shooting, being at 6/8 for 3-point shots at one point and scoring several of them from the distance of over nine meters.

This is the third triumph of the World team over the USA team in the past four years that the game has been organized.