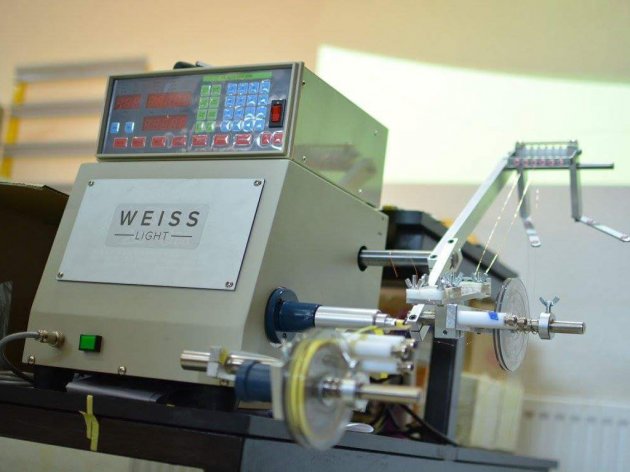 The eKapija portal has opened the contest for the best investment in 2017 – Aurea 2018, and while waiting for the winners to be pronounced, we visited the companies shortlisted last year to see how far they had gone in their business development.

Last year, the expert jury awarded the social usefulness prize to Weiss Light, which completed the construction of another facility at its plant in Ugrinovci in the meantime. The company produces LED bulbs for a variety of applications at the said plant. With this investment, the capacity of the production has increased from one million bulbs a year (of various types and purposes) to three million pieces, a large number of which are beam lights.

New equipment, the machinery needed for the increased production, some of which was built by Weiss Light experts, has also arrived.

The first Serbian factory of LED lights has also developed a new patent – the so-called unstealable bulb, which cannot be dismounted without special tools, which are also used for mounting them. It is made primarily for public premises, buildings, hotels, open markets and similar places where bulbs are often stolen.

“Made in Serbia” innovations

Let us remind that the entire process of bulb production is carried out at the Belgrade-based company’s plant in Ugrinovci – from toolmaking, through blueprints, assembly, packing and recycling. Weiss Light bulbs are therefore 100% Serbian, made with local know-how, making Serbia a serious competitor in the region and Europe in this field.

The company also produces LED ads, neon lights, beam lights, and in the past period, they say, they’ve performed a number of replacements of industrial lighting from the conventional one to LED lighting.

– There are many companies, production halls and facilities with old beam lights and without enough money, or with some other limiting factor, for installing LED lighting. In those cases, we combined the existing lighting devices with the LED technology, which practically means that the entire lighting device is reconstructed – Weiss Light explains. 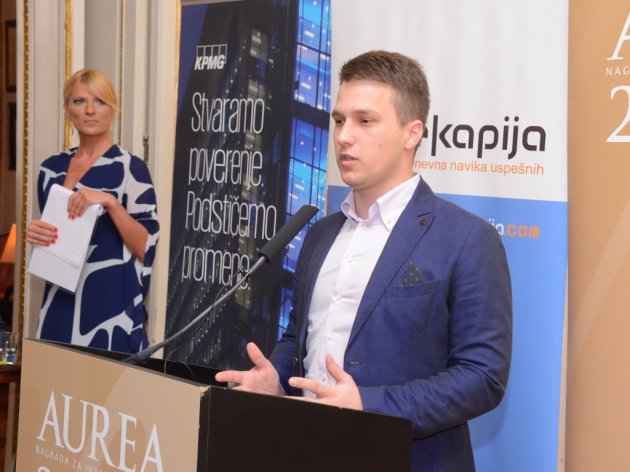 Victor Weiss at Aurea Awards
They recently offered another innovation to the market – a classic neon bulb replacement.

– Our experts have managed to make a LED replacement for fluorescent tubes, and the entire innovation, from the idea and the blueprint to the final product, was realized within the company. This is another locally-produced article which we are proud to present – the company told our portal.

LED bulbs produced by Weiss Light can work for up to 35,000 hours, allowing for considerable house budget savings to be made, and they are characterized by the lack of toxic matters and ultraviolet (UV) and infrared (IR) radiation. They are made of recyclable materials and are therefore entirely environment-friendly.

The company is still predominantly oriented towards to the local market, as they believe that “there’s still a lot to be done in our country” and that “there is no need to expand the business until the entire Serbia is lit”.

In line with this, they are also continuing with activities tied to socially responsible operations. In their effort to address everyone’s needs, as part of the caravan they’ve initiated themselves – “Lighting Serbia”, they are replacing conventional bulbs with LED lighting.

– The caravan lighting Serbia will continue to move throughout the country, providing help to those who need it the most, both households and public institutions, theaters, kindergartens, hospitals... – they point out at Weiss Light.

The company also announced that there are plans for further growth and expansion of business, some of which are already being realized and which should contribute to the company’s having an even greater range of products, as well as to the growth of the number of employees and retail outlets in the upcoming period.