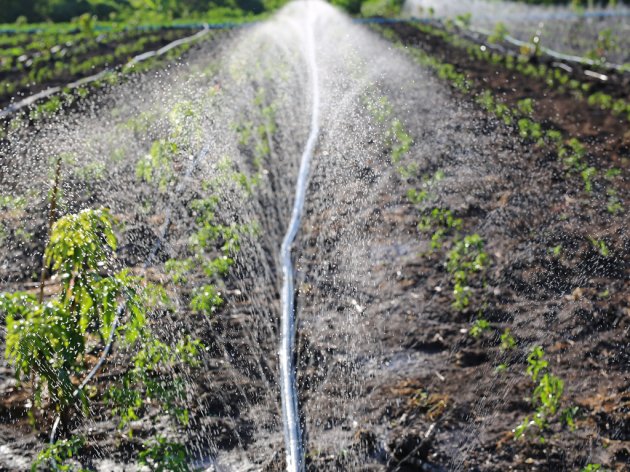 Illustration (Photo: GOLFX/shutterstock.com )
The development of irrigation systems, from the proceeds of the loan of the Abu Dhabi Fund for Development, continues in 2018 as well. As the director of the Water Management Directorate of the Republic of Serbia, Natasa Milic, stated on January 17 at the session of the Committee for Agriculture of the National Assembly of Serbia, 14 projects in the field of irrigation systems financed from the Abu Dhabi fund have been initiated, of which 11 in Vojvodina and three in central Serbia. Also, new projects financed from the fund are being prepared, which will further improve agricultural production.

The aim of the project “Development of Irrigation Systems – Phase One” is to increase productivity and efficiency in the agricultural sector through the expansion of irrigation systems, namely: regional hydrosystems for irrigation and dual-purpose systems in Backa and Banat, as well as hydro-amelioration systems in Sabac and Cacak.

The Water Management Directorate reminds for eKapija that the cooperation between Serbia and the United Arab Emirates in the field of water management is being realized through the loan agreement which came into effect on July 24, 2014.

– In 2017, after the public procurement procedures were carried out, works on intensified canal maintenance in the territory of Vojvodina began – dual-purpose systems Recej, Medja, Itebej, Jankov Most I and II, as well as the construction of pumping stations Jegricka, Pesir and Kaloca. Public procurement procedures for contractors on the subsystems Nova Crnja-Zitiste, Tisa-Palic, Kikinda-CS Mikrinska II and Mali Idjos were also carried out – the Water Management Directorate says.

The total contracted value of these works amounts to slightly over EUR 11 million without VAT, and they will secure the irrigation of around 23,854 ha of additional agricultural areas.

– The realization of the project “Development of Irrigation Systems – Phase One” will continue in 2018 and 2019 as well, seeing how the contracted works will be realized this year, as will be the contracted continuation of works on the Mali Idjos subsystem. Their completion is planned for this and next year, which will secure the irrigation of the entirety of 11,500 ha of the system's agricultural areas. The works have been estimated at around EUR 4.7 million – the Water Management Directorate explains.